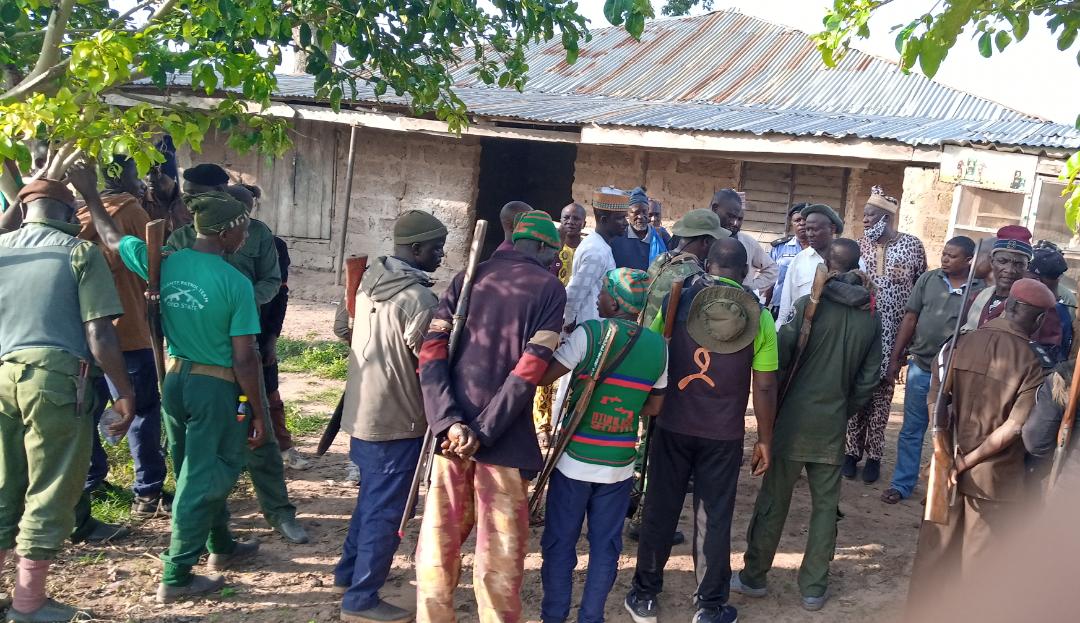 In a bid to protect security of lives and properties in Oke Ogun, Chairman of Orelope, Olurunsogo and Irepo local government joint security initiative has began to yield positive results.

According to a media release made available to sunrisebulletin.com and signed by Ayankunle Emmanuel Ayankolade
Information Officer Olorunsogo Local Government, noted that the strategic combing of the old Oyo government reserve by security and local vigilante corps was successful as some criminal elements were arrested.

The statement reads in part ” Rising from a joint security meeting held in the office of the Area Commander of the Nigerian Police, Igbeti Area Command, in Igbeti, the Headquarters of Olorunsogo Local Government, it was observed that the bombardment and strategic combing of the Old Oyo Forest Reserve by security agents and the local vigilante was successful as five suspects were arrested alongside another one caught with human parts in his possession, as the onslaught continues.”

The statement also commended Engr. Seyi Makinde for his prompt intervention in addressing security challenges in the affected areas “All praises went to Engr Oluseyi Makinde, the Executive Governor of Oyo State, for his quick intervention to ensure that the kidnappers fail in their bids to make the Old Oyo Forest Reserve their hideout and avoid the gory tale of insulgency.’

Meanwhile The Area Commander, has called for calm as all hands are on deck to ensure that all the bandits and cattle rustlers are flushed out of the forest and equally thanked the good people of Olorunsogo, Oorelope and Irepo Local Governments, for keeping faith with security agents and the leadership of the various Councils.