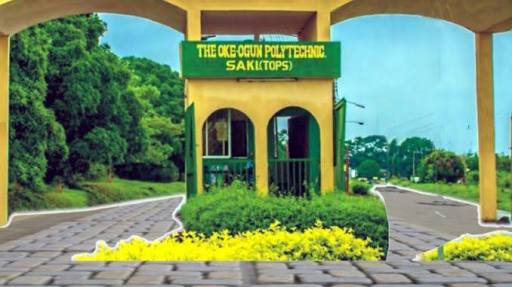 The Oyo state government has said that the committee set up to look into the crisis that rocked Oke Ogun Polytechnic, Saki, has presented its report to the state executive council for further executive action.

The Honorable Commissioner for Education, Science And Technology, Barrister Olalekan Olaleye while briefing governor’s office correspondents on Tuesday shortly after its state executive council meeting, stated that the council has studied the report and has resolved that a new governing council will be reconstituted for the institution adding that it was also part of its resolution to ensure that a new governing council is constituted within three months after a completion of term of office in order to forestall future occurrence of the current situation in the school.

He further stated that the account of the institution will be audited in order to unearth any form of irregular financial activities and whoever is found to have tampered with the school funds or found to have misappropriated funds belonging to the school will be made to make refunds.

·”The second thing is that the suspended management of that school will have to go permanently because the council found their appointments to be irregular,

·”The third thing is that the account of the polytechnic will be audited and whoever is found to have inappropriately spent money of the school or by collecting imprest you were not supposed to collect or to have spent money found to be irregular, you will be made to refund the money.”

He however assured that white paper will soon be released to the effect of committee reports on both Oke Ogun and Ibarapa Polytechnics.