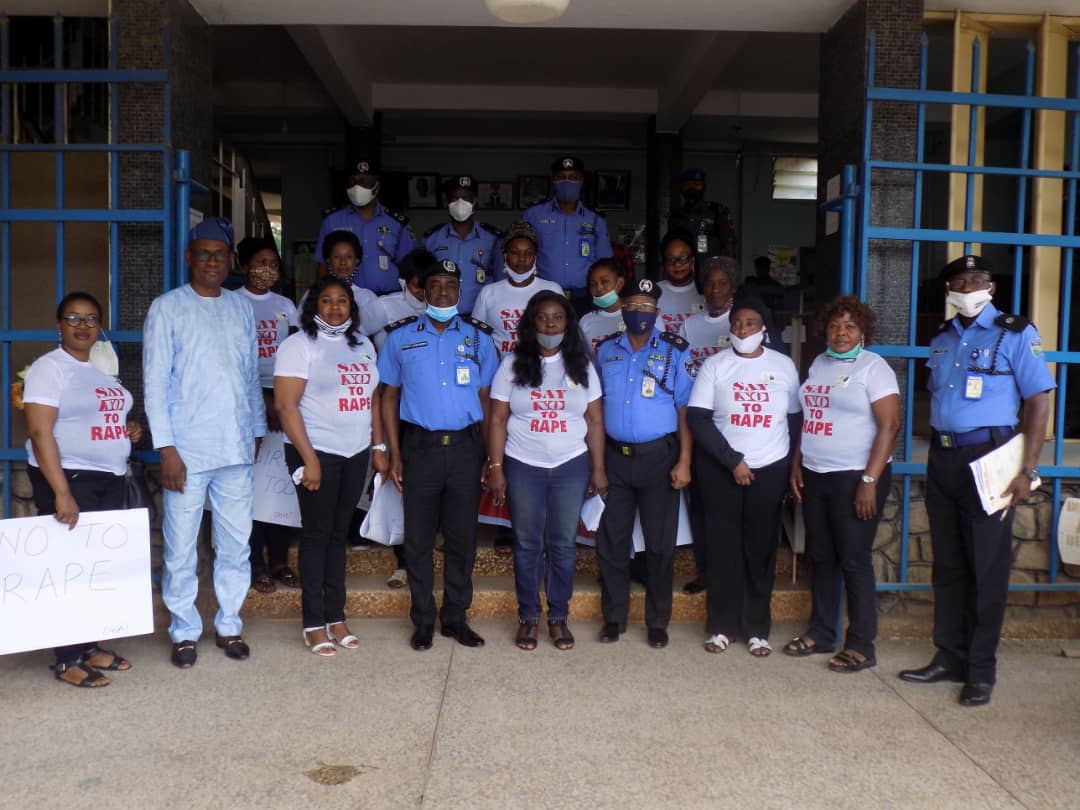 A social cultural group Oduduwa Women’s Advocacy Initiative has condemned in strong terms the spate of gender based rapes and murders in Oyo state, in a press statement singed by Erelu Modupe Akindele-Martins
National President and other principal members of the group, violence against women and children is considered a grave violation of the fundamental human rights of these demographics.

These violations and murders the group noted constitute Atrocity Crimes; the most serious crimes against humanity according to international standards.

The statement expresses Condolences to families who have lost someone to these dastardly acts “As mothers, we empathize deeply with the families of the victims.On behalf of the leadership and members of OWAI we extend heartfelt condolences to the bereaved families.

The group prayed that “the Almighty God grant the victims eternal rest and their families the fortitude to bear the irreparable losses.

We condemn in its entirety, the horrendous violation and murder of the following victims in Oyo state by serial killers still at large:

1.The reported rape and murder of Barakat Bello on the 1st of May 2020 at Akinyele LG in Ibadan,Oyo state.

2.The reported rape and murder of Azeezat Somuyiwa on 5th June 2020 at Akinyele LGA,Ibadan, Oyo state.

3.The reported rape and murder of Grace Oshiagwu on 13th June 2020 within the same Akinyele LG .

4.Mojeeb Tirimisiyu, a 5 year old child was brutally matcheted to death behind his parents house also in the same Akinyele LG on 21st June 2020.

5.Iya Islamiat,a poor woman matcheted to death as she was washing clothes behind her husband’s house around Shasha area of the same notorious Akinyele LG of Oyo state on the 23rd of June , 2020.

6.On Monday 29th of June 2020, yet again another woman, Mrs. Adeola Bamidele, and her daughter, Dolapo, were attacked and matcheted, leaving deep cuts on their heads by unknown assailants at Akinyele local government area of Oyo State.

Of a truth, the Governor Seyi Makinde led government has devolved considerable resources to the reinforcement of the security architecture of the state within the one year he has been in the saddle.

In view of the foregoing,its apropos that we acknowledge and commend HE GSM’s commitment to securing all citizens of the state.

This commitment was further underscored by the mandate he gave the police to ensure the perpetrators of the dastardly acts are fished out to face justice immediately the first murder was reported.

In a related development the group paid a courtesy call to the new commissioner of police in Oyo state Mr Chuks Enwonwu on the CP was commended on the promptitude with which the State Police Force swung into action to give effect to the Governor’s mandate by commencing investigation on the macabre rape/murder cases.We understand a suspect has been apprehended, and is presently being interrogated.

As a tangible demonstration of support for the State Police Force,OWAI made a cash donation on behalf of the National President; Erelu Modupe Martins to the CP Oyo State to support the investigative activities of the State Police Force geared towards unravelling the identities of all the perpetrators of these heinous crimes.

The group also charged the CP and his men to identify and hold the perpetrators of these heinous acts of sexual violation accountable as a matter of priority.

To further complement the efforts of our able South West Governors in securing all 6 SW states; we humbly suggest that all South West State Houses of Assembly improve on legislative frameworks to prevent and respond to violence against women and children like Osun State House of Assembly has done.

Legislation to criminalize gender- based violence, harmful practices, rape, economic and political marginalization against the female gender are an imperative under the prevailing circumstances.

This is similar to the Istanbul Convention which is in line with the global standards set out in the UN Convention on Elimination of All Forms of Discrimination Against Women( CEDAW).

Brazil has recently passed a bill criminalizing femicide, which imposed harsher penalties on those who harmed or killed women or girls.

Here in Nigeria, Osun state just this June, passed a bill recommending Life Imprisonment for rapists.
Such legislation will give legal teeth to the efforts of the police and will serve as a deterrent to intending perpetrators.

It will also be an effective tool in making the world a safer place for women and all children.

OWAI Women promote zero tolerance for violence against women and children generally.We are always ready to collaborate with any International,Federal or State Government Agency to strive towards realization of the Sustainable Development Goals SDG 5 on Gender Equality with specific focus on Target 5.2 which aims at eliminating all forms of Gender- Based Violence in all spheres of our society.

NDDC Fraud: PDP Ask Akpabio To Step Aside For Investigation