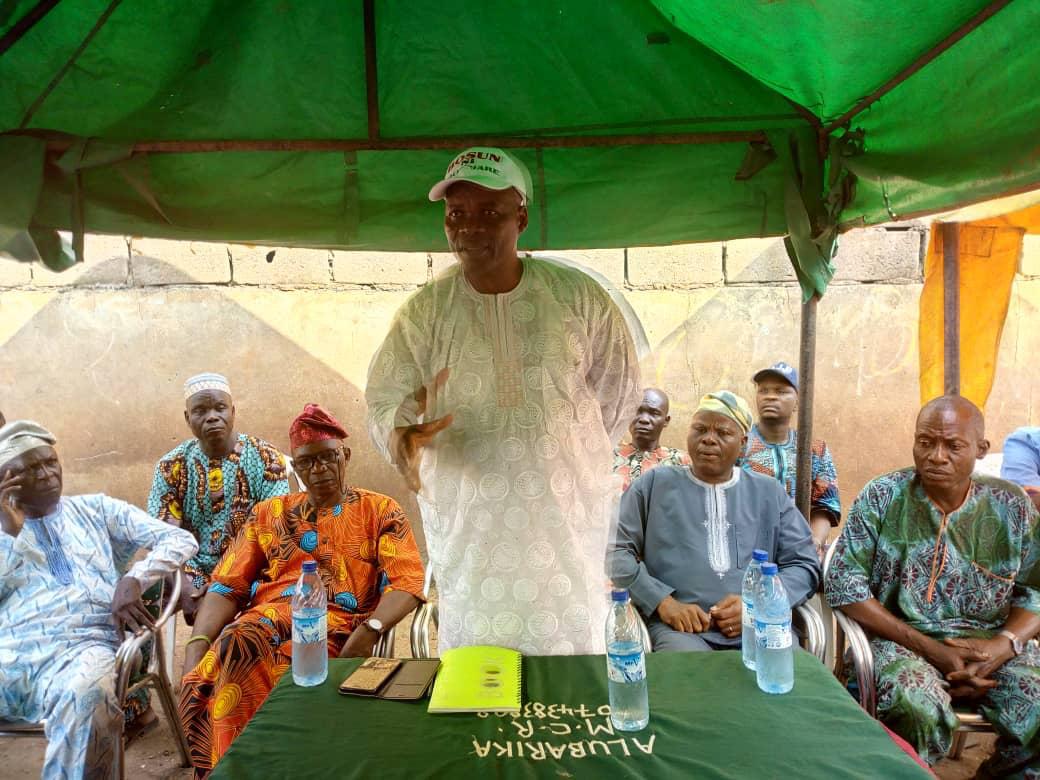 The association made the decision on Wednesday at the contact meeting which formed part of the ongoing awareness tours of the candidate across the professional groups and communities in the constituency to intimate and initiate people of different calibre into its drive. 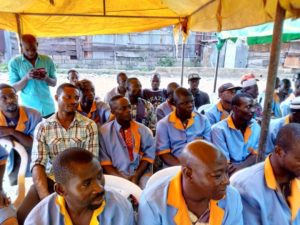 He expressed his mission in the 2019 transitions by imploring the leadership of the group to religiously support his cause by motivating their members to turn to his footsoldiers in rooting and canvassing eligible voters across the 23 wards of the constituency for the success.

He promised to better replicate his demand driven approach of governance which ingrained his name in the heart of all and sundry in Ibadan North West when many artisans of different got empowered with the capital, modern tools and empowerment in training and retraining to contend with the technical challenges occasioned by the global technological upgrade.

Olatubosun who was praised to a high heaven by the South West(Lagos, Ogun, Oyo, Osun, Ondo and Ekiti States) Public Relation Officer of the NATA, Alh. Sabitu Bakare over his seamless and zealous strives towards the progress of body from the regime of late former Governor Lam Adesina, therefore promised to prioritize the advancement of their members if given the deserved support to win the election.

Comrade Kazeem Azeez, the chairman of the chapter of in his remarks also sing-praised the immediate former caretaker of Ibadan North West for being a pragmatic and responsible politician.

Azeez recounted how teeming members of the association operating in his council jurisdiction benefited from the social intervention program of Olatubosun when he pioneered idea of equipping artisans during the first term of Governor Abiola Ajimobi as a council boss.

At the interface session which inadvertently turned into a political baptism where many officers denounced membership of their former parties for the ADC, it was unanimously resolved that members of the body would start contacting and preaching the evangelism of Olatubosun and other candidates of the party.

Meanwhile members of the African Democratic Congress, ADC Ibadan South West chapter have been charged to redouble their efforts towards voters sensitization and mobilization ahead of the fast approaching general elections.

The admonition was made on Wednesday by the candidate of the party for Ibadan North West / South West federal constituency, Dr. Wasiu Olatubosun at weekly meeting of the executive officers and teeming members of the party which was held at Oke – Ado Baptist Grammar in his familiarization visit to the chapter.

Olatubosun who was welcomed to the venue with jubilations and fanfares by the massive crowd populated by ecstatic members of the party and politically inclined members of the public lauded the leadership for the progress in the last few months of the taking off.

He however tasked the leadership and members to imbibe fanatical spirit in enlightening unsuspecting and uninformed eligible voters across the nooks and crannies of the local government area on the reason they must not be deceived by barrage of lies and deceits of the ruling All Progressives Congress, APC and its candidates in the forthcoming electioneering.

Olatubosun also enjoined the elders in the party to brace up by activating youths to commence the door to door campaign so as to get people cognizant of the motive of the party in liberating the state and her people from the clog of the clueless administration of the APC.

Seven employees of french drilling company, others killed by Boko Haram in Niger