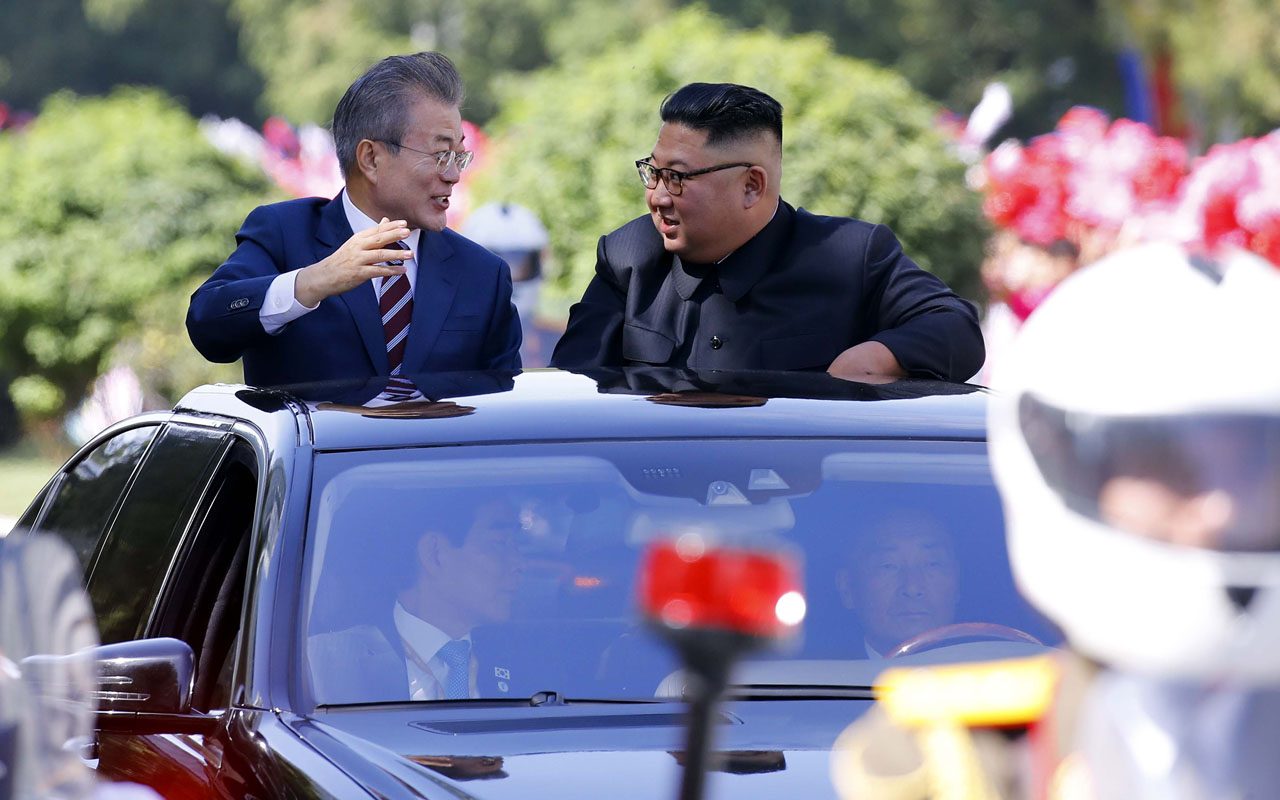 North Korean leader Kim Jong Un has invited Pope Francis to visit, saying he would be “ardently welcomed”, South Korea’s presidency said Tuesday, adding it would pass on Pyongyang’s message to the Vatican.

South Korean President Moon Jae-in will have an audience with the Pope during a visit to the Vatican from October 17 to 18.

“During the meeting with Pope Francis, he (Moon) will relay the message from chairman Kim Jong Un that he would ardently welcome the pope if he visits Pyongyang,” Moon’s spokesman, Kim Eui-kyeom, told reporters.

Moon is embarking on a nine day tour of Europe from October 13 to 21 that will include stops in France, Italy and Denmark on top of the Vatican.

The doveish Moon has pushed rapprochement with Kim, meeting him three times in the last year.

During the most recent face to face — a visit to Pyongyang last month — Moon was accompanied by South Korean Archbishop Hyginus Kim Hee-joong.

During a conversation with the visiting archbishop, Kim urged him to let the Vatican know his intention to build peace, according to Moon’s spokesman.

The young leader of the isolated, impoverished but nuclear-armed North has taken a series of reconciliatory gestures since early this year, including a land summit with US President Donald Trump in June.

During last month’s summit, Kim also reaffirmed efforts to ease military tension on the flashpoint peninsula but remained vague on measures on how to dismantle his widely-feared atomic arsenal.

Religious freedom is enshrined in the North’s constitution, but all religious activity is subject to extremely tight restrictions and completely banned outside of state-sanctioned institutions.

In the early 20th century before the division of the peninsula, Pyongyang was a regional missionary hub with scores of churches and a thriving Christian community that earned it the title of “Jerusalem of the East”.

But Kim Il Sung, the North’s late founding leader and the current ruler’s grandfather, viewed Christianity as a threat to his authoritarian rule and eradicated it through executions and labour camps.

The North’s regime since then has allowed Catholic organisations to run aid projects in the impoverished country, but direct relations with the Vatican are non-existent.

When Pope Francis visited South Korea in 2014, he held a special mass in Seoul dedicated to reunification of the two Koreas.

A 2014 survey by Korea Gallup showed 22 percent of South Koreans identify themselves as Buddhist, while nearly 30 percent are Christian.