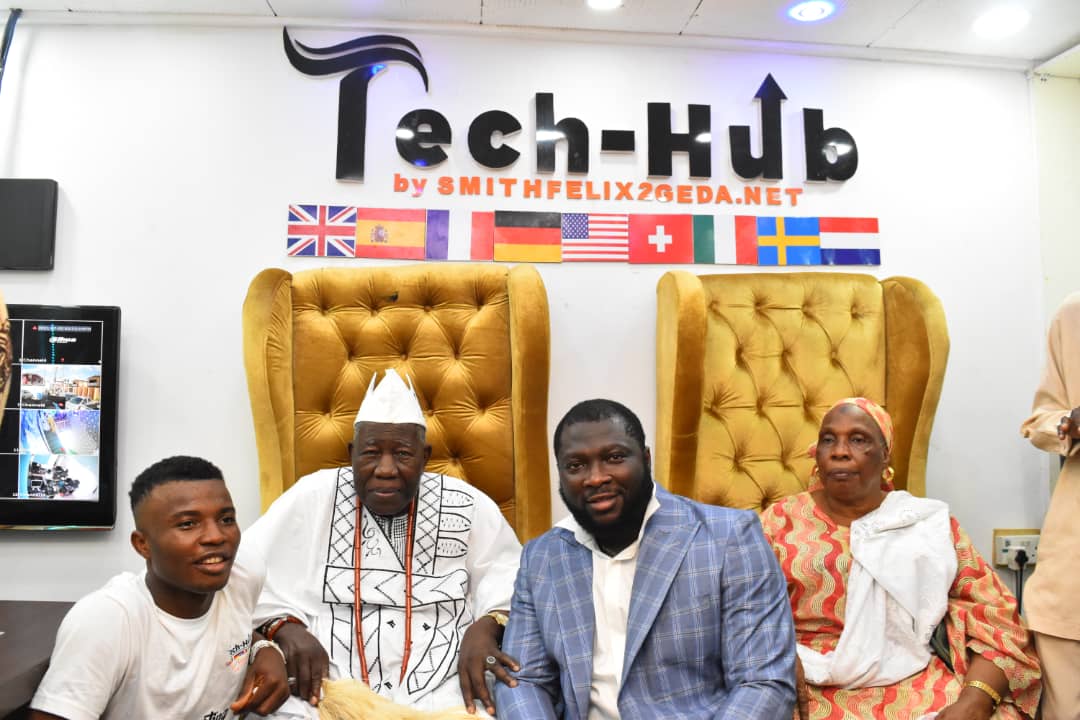 The Chief Executive Officer of Titan Farms, Aare Gbenga Eyiolawi has said that there is no small or big way to start up a business.

Eyiolawi, the Aare Kebimapalu of Ibadanland, stated this while speaking at the official launching of Tech-Hub, located around Felele Area of Ibadan on Monday.

The serial entrepreneur described Tech-Hub, a technological-based company built by Emeka Eze aka Internet Lord, as a wonderful initiative, coming at the right time when most youths are engaged in several illegal practices.

“It’s a powerful initiative because in recent times most people have been moving away from ICT and delveling into other illegal practices. So it is a good step in the right direction, trying to engage the youths ICT”, Eyiolawi said.

Also speaking at the event, the Olubadan of Ibadanland, Oba Saliu Akanmu Adetunji, called on Nigerian youths to emulate the CEO of Tech-Hub, Emeka Eze.

Oba Adetunji charged the youths to always explore opportunities in the country notwithstanding the challenges.

Olubadan said Ibadan is a city for all tribes to come and create a way of life for themselves.

The monarch lauded Tech-Hub as a timely move which should be emulated by other young people across the country. He described the founder of the hub as a young man full of brilliant ideas to transform the society.

He therefore called on youths to be innovative in their approaches as they are the solution to all crisis in the country.

“The hull does not make the monk, if you look at Emeka, he is a very young man, he is not so tall, he is not so big. Success is not determined by the physiology of a man, it is determined by ideas. Emeka is a bundle of ideas, especially in ICT and that is why we are here today.

He is a son of Olubadan palace and we have decided to send him into the world to do exploits.”

The monarch also called on investors from across the globe to come and invest the country as they are always welcome in Ibadan because the city does not discriminate against anyone.

“In the palace of Olubadan, we do not discriminate against anybody. Ibadan is a cosmopolitan city, it is not only Nigerians that are there, we have people from all over the world. We want everyone to emulate what he has done,” He said.

Speaking with journalists at the event, ‘Internet Lord’ as Emeka Eze is popular called, explained that his decision to launch the hub was driven by his desire to empower and sponsor other young Nigerians on how to make laudable exploits in the technological world.

“Looking at the technological world now, it’s very expensive and not everyone can afford it. I tried it during my own time but I couldn’t afford it until I got sponsors.

“When you look at Nigeria today, it’s not everyone that can get sponsors. So I am looking at empowering more people and bringing them into the technological field because with technology, they would go further than we expect,” he explained.

Emeka’s journey into the tech world didn’t start today. In 2011, he established Smithfelix2geda.net through which he developed Nigeria’s ‘first’ social media website 2geda.net in 2015.

“In 2015, we unveiled Nigeria’s first social media website, we had to shut it down because then I wasn’t a programmer yet and the program I had wasn’t working well,” he said while speaking on why his initial attempt to launch a social media website failed adding that he has furthered his “education in computer programming and now I am back”.

“Coming back into the ICT world is also coming back to having a social media of our own in Nigeria,” he added.