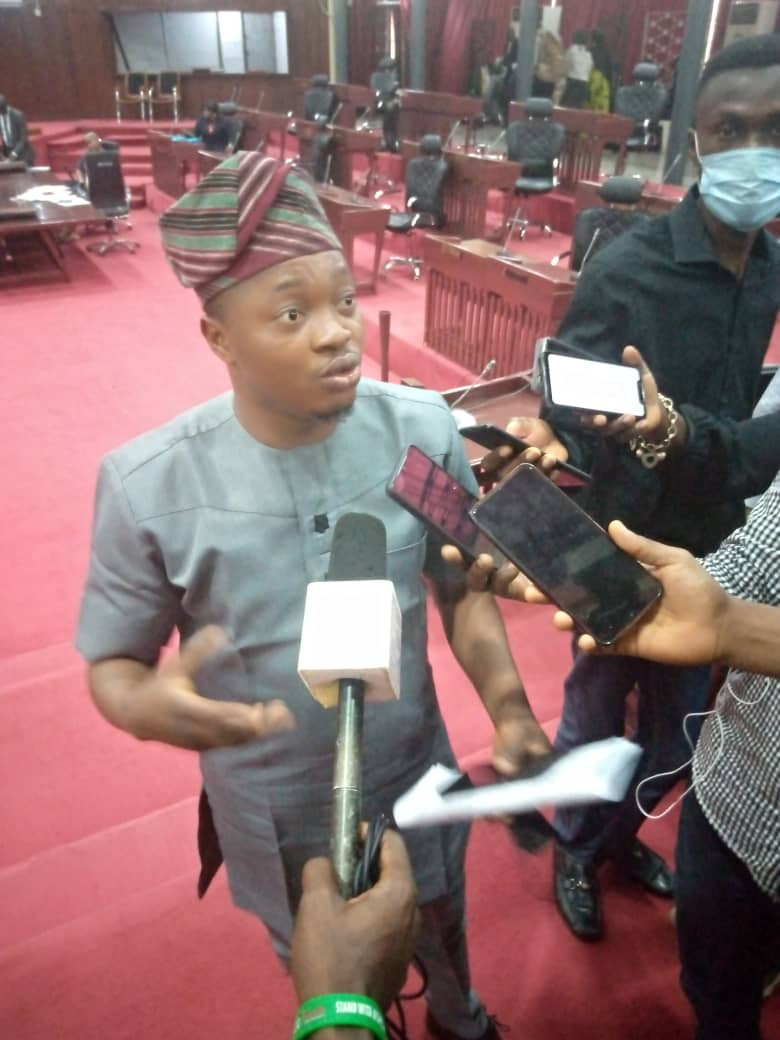 Oyo State Assembly lawmaker, Honourable Yusuf Adebisi Oladeni, has moved a motion on the floor of the state House of Assembly for the immortalization of legendary Fuji musician, Late Chief Sikiru Ayinde Barrister as a way of encouraging younger generation to be committed to whatever craft or line of profession they find themselves.
Honourable Adebisi who is the youngest lawmaker in Nigeria said that the motion was born out of the inspiration drawn from several music of the music legend which propelled him as a growing child in the city of Ibadan saying that legacies of such iconic Ibadan son should be appreciated for the coming generation to see.

The lawmaker, while presenting a Motion during Tuesday August 24th plenary sitting wants the state government as a show of honour to the memory of the late musician, rename popular Cultural Centre in Mokola and other streets including his place of birth in Opoyeosa in Ibadan after Dr Sikiru Ayinde Barrister who died about 11 years ago.

Late Dr Sikiru Ayinde Barrister was Honoured by former president Olusegun Obasanjo in 2006 with the prestigious National Honour of Member of the Federal Republic (MFR) as a show of appreciation to the evolution of Fuji music and contribution to the Nigerian entertainment industry.

The youngest lawmaker in Nigeria listed General Kollington Ayinla, Chief Wasiu Ayinde, Ambassador Taiwo Adebisi (Taye Currency) as some of the beneficiaries of immense contribution of Dr. Sikiru Ayinde to the Fuji industry.

The Motion reads in part “To urge the executive arm of government through the Office of the Special Adviser on Culture and Tourism and Ministry of Information, Culture and Tourism in collaboration with Fujl Musician Association of Nigeria (FUMAN) to dedicate an Annual Memorial Concert in honour of late (Dr.) Sikiru Ayinde Barrister (MFR).

“To appeal to the executive arm of government, through the Ministry of Special Duties to grant posthumous State Award to the original and legend of Full music, Late Dr. Sikiru Ayinde Barrister.

“To urge the executive arm of government, through the Ministry of Local Government, Chieftaincy Matters and State Honours to name a street in Oapoveosa the place of birth of the late (Dr.) Sikiru Ayinde Barrister (MFR) after him, also the executive arm of government through the Office of the Special Adviser on Culture and Tourism in collaboration with relevant MDAs to facilitate a roundabout junction in a prime location within Ibadan Metropolis for Fuji Musicians Association of Nigeria (FUMAN), to mount a statue of late (Dr.) Sikiru Ayinde Barrister and that two representatives of the family of late Dr. Sikiru Ayinde Barrister to appear before the House at Plenary for posthumous recognition, in honour and appreciation of his nnumerous contribution to the development of Fuji music in Nigeria and the diaspora,” Hon. Yusuf Adebisi prayed.

Other lawmakers, Hon. Asimiyu Alarape, Hon. Fola Oyekunle and Hon. Bamgboye Abidoye, in their contribution to the motion, supported the prayers contained in the motion, citing numerous contributions of late Sikiru Ayinde Barrister to the country through his oratory skill.

While passing the resolutions, the Speaker, Hon. Adebo Ogundoyin, stated that immortalizing late Sikiru Ayinde Barrister is like preserving a culture for the younger generation, and will go a long way in showcasing his contributions to the Fuji music industry and Nigeria as a whole.

The Speaker also resolved that a state museum should be constructed and name after the late Fuji icon, this he expantiated that the museum will accommodated other icons across all walks of life that have done well for their state and at the same time increases the tourist sites and revenue base of the state.