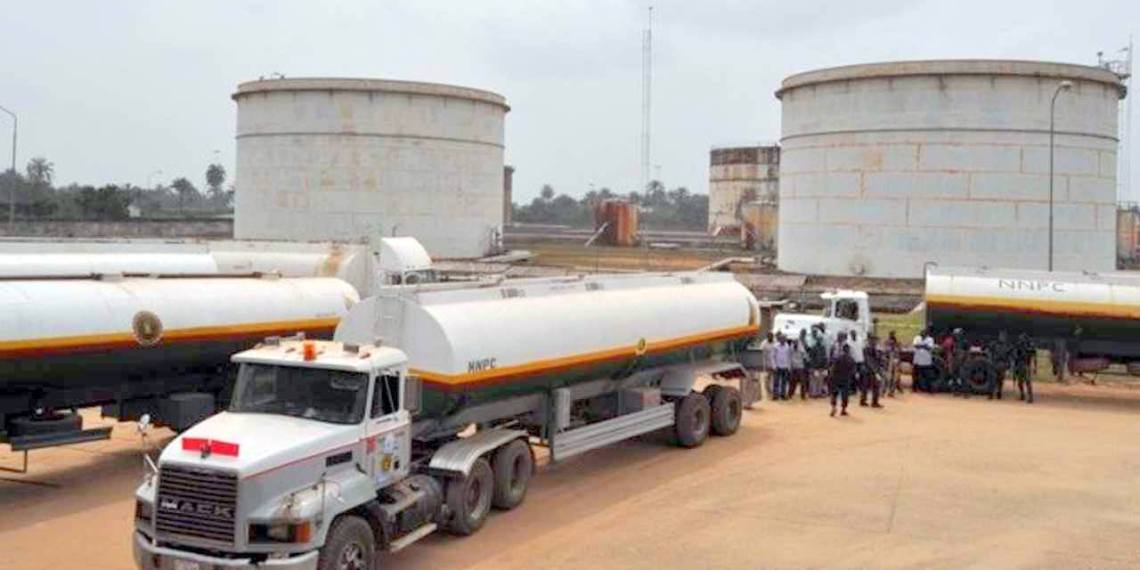 About 80 per cent of petroleum products consumed in West Africa are smuggled from Nigeria, the NNPC chief said.

Despite the complaint by Nigerians of the rising cost of petrol, the government says Nigerians still pay the lowest amount for the product in West Africa and that is encouraging large smuggling to countries in the sub-region.

The low pump price of petrol in Nigeria compared to what obtains in other countries in West Africa encourages unrestrained smuggling of the commodity from Nigeria, a senior official said Friday.

The Group Managing Director of the Nigerian National Petroleum Corporation (NNPC), Mele Kyari, who said this on Friday in Abuja, said about 80 per cent of the total volume of petroleum products currently being consumed in the region are smuggled illegally from Nigeria.

“The reality around us (Nigeria) today is that between 70 and 80 per cent of the petroleum products consumption in West Africa are from Nigeria. So, all the other 13 or so countries in the region account for just between 20 and 30 per cent.

“Many of these countries are unable to import petroleum products, because they do not have the foreign exchange required to support it. Therefore, about 80 per cent of the petroleum products being consumed in West Africa originate from Nigeria,” he said.

Despite the government’s knowledge that the bulk of these products in the region are smuggled illegally from Nigeria, he said there was little or nothing the government can do to stop it.

“We have over 3,000 kilometers of border with neighbouring countries. We know the population of the security agencies in Nigeria and the resources available to them. I don’t see how it is practically possible to stop cross border distortions (that allow smuggling of petroleum products to neighbouring countries). It is very difficult,” he said.

Normalization policy
Mr Kyari said the government was working to “normalize” the situation by turning it into a legal trading business that could benefit the country.

Critics say the normalization arrangement may be the government’s subtle way of telling Nigerians that the price of petrol will continue to rise till it becomes at par with what obtains in the other countries in the sub-region.

The NNPC GMD said, for a start, the security agencies are working with their counterparts in Niger Republic to minimize the impact of the cross-border activities by converting them into a formal trading business between the two countries.

Also, he said the retail and trading arms of the NNPC were also liaising with their sister agencies in Niger Republic to take advantage of the petroleum products market to bring benefits to the country.

He blamed the huge fuel price disparity between Nigeria and the other countries in the region to certain elements in the fuel pricing template in those countries.

Apart from the element of taxation on petroleum products, which does not exist in Nigeria, he said other factors affecting the high prices obtained in those countries include distance from the location of the source of fuel supply and deliberate arbitrage in the petroleum distribution system.

Citing the example of neighbouring Niger Republic, Mr Kyari said a litre of petrol in a Total filling station in Niamey, the capital, where he visited recently, sold for about N464.

Compared with Nigeria, where petrol is currently being sold for between N160 and N170 per litre, he said the average disparity between prices in Nigeria and Niger Republic was about N300 per litre.

Mr Kyari signed the agreement on behalf of Nigeria, while his counterpart and Director-General of Niger Republic’s national oil company, Societe Nigerienne De Petrole (SONIDEP), Alio Toune, signed on behalf of his country.

Observers criticize the Nigerian government for prioritizing the agreement they say could ultimately benefit other country’s economy over the repairs of Nigeria’s local refineries to cater to the domestic supply of petroleum products to Nigerians.

Kyari defends agreement
But, Mr Kyari said the motive of the agreement was not to promote the growth of another country’s economy to the detriment of Nigeria’s, rather to take advantage of the quickest source of petroleum products supply and reduce the country’s dependence on imports from Europe.

Although he assured the rehabilitation of the country’s four refineries was still on course, he said the government’s objective in going into the agreement with Niger Republic was an interim supply arrangement pending when the country’s refineries are back in full operation.

“We are working to ensure we are self-reliant. We want to bring back our refineries. Today, we do not have petroleum products supply internally in-country. We are still importing from Europe at high cost.

“But, Instead of buying from Europe, why not buy from our neighbour? I don’t think there anything wrong in getting supply from the quickest source that is very close to us, which happens to be an African country very close to Nigeria.

“Apart from strengthening our intra-Africa business relationships, it will eliminate transportation and freight costs, because the supply is going to be cheaper,” he said.

“There is no provision for petroleum subsidy of any kind in the 2020 Appropriation Act and the proposed 2021 Appropriation Bill. As a country, we cannot afford fuel subsidy today. We don’t have the money to do this. Subsidy does not benefit the ordinary man. It is elitist,” Mr Kyari said.

With a subsidy regime that encouraged the maintenance of a government-approved ceiling price of N145 per litre since 2016, Nigeria had the least fuel pricing template in the whole of the West African sub-region.

Last March, the deregulation of the downstream sector of the petroleum industry was introduced to allow market forces of demand and supply to determine the retail prices of petroleum products.

Since then, the retail price of petrol has been adjusted for about six times, from about N145 per litre in April, to N125 per litre, before further reduction to between N121.50 and N123.50 per litre in May.

Just In: Swallow Your Pride And Admit Your Limitations, Atiku Slams Buhari For Recession