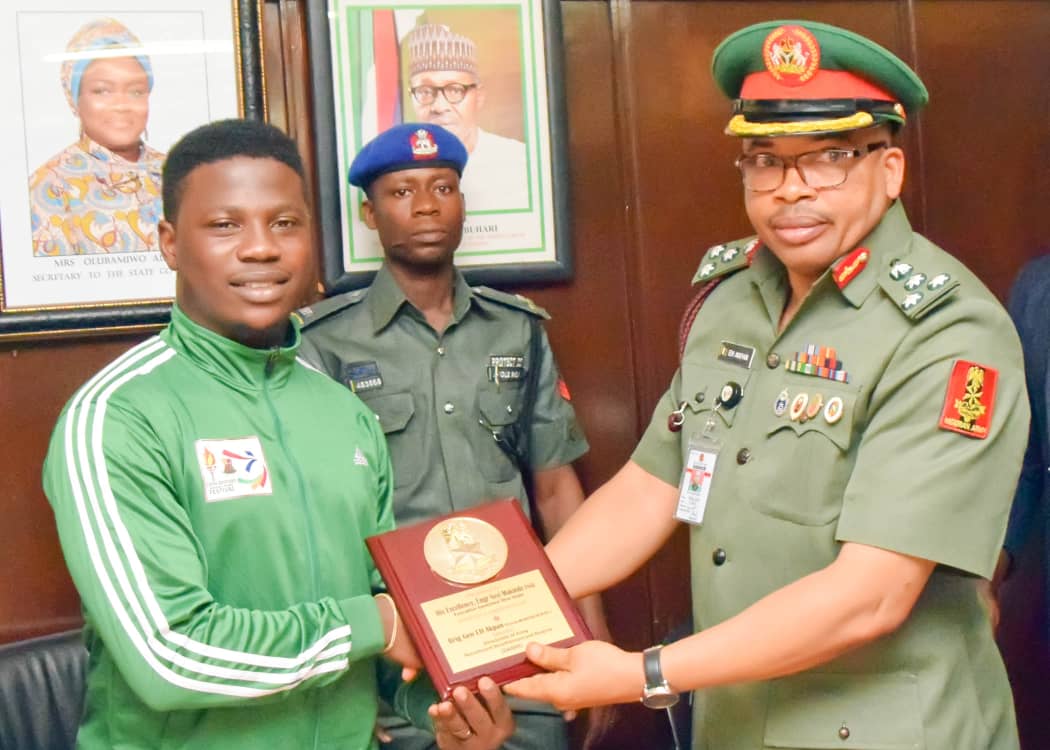 Nigerian Army Partners Oyo Govt On Sensitization Of Nigerians On Recruitment Into The Army, Lists Criteria

The Nigerian Army as part of its nationwide sensitization campaign on youths enlistment into the Nigerian Army has partnered with the Oyo state government on effective information dissemination to residents in Oyo state towards recruitment of Nigerian youths into the army.

The executive governor of Oyo state, Engr Seyi Makinde represented by the Honourable Commissioner For Youths And Sports, Mr Seun Fakorede in his brief welcome address thanked the Nigerian Army for such laudable exercise noting that many Nigerians have in the past applied for recruitment without having access to necessary information leading to avoidable disqualification.

Mr Fakorede declared readiness of the state government to promote effective partnership with the Nigerian Army in the area of sensitizing youths in the state with the aim of encouraging them to take full advantage of the opening in the Army. 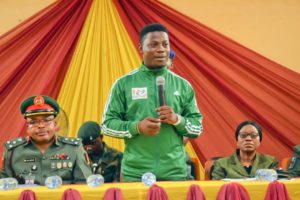 He said that Oyo state with the giant strides of the executive governor, Engr Seyi Makinde in improving the quality of life of the people, is headed towards becoming the pace setter indeed noting that it was the reason it became easy for the governor to approve of the collaboration with the Nigerian Army.

The Chief of Army Staff of Nigeria, Lieutenant General Tukur Buratai represented by the Director of Army Recruitment, Resettlement, And Reserve, Brigadier General Henry Akpan, who was in company of top army officers stated that the Nigerian Army is on the nationwide sensitization and enlightenment campaign tour to sensitize Nigerians on the new approach to training of its personnel, both serving and those aspiring to be enlisted into the Nigerian Army.

Brig Gen. Akpan stressed that the special force concept is highly demanding training that requires men and women who must not only be physically fit but must be mentally robust to be able to withstand the rigors of the training.

He added that the mission of the top army officers in Oyo state apart from the sensitization and enlightenment campaign was to solicit for the greater support of the state government in the area of information dissemination and provision of state recruitment office adding that the office will be able to serve the state better and make successful persons worthy ambassadors of the state.

He stated further that the campaign was also an opportunity to allay fears of Nigerians that they can achieve whatever dreams and aspirations they have in the Nigerian Army because the Nigerian Army has evolved tremendously over the years.

He stressed that the Nigerian Army is no longer an institution for dropouts, never do well individuals, or dumb heads especially now, under the watch of the Chief of Army Staff, Lieutenant General Tukur Buratai, every soldier will be able to fight and think as well as think and fight with capacity to be able to think critically, be very creative, take rational decisions with or without any supervision whatsoever.

He added that every citizen of Nigeria has equal opportunity to enrol in the Nigerian Army under the watch of the present Chief of Army Staff of Nigeria stressing that all the 36 states of the federation including the Federal Capital Territory (FCT) Abuja all have equal quota for enlistment into the Army.

He noted that the nationwide sensitization and enlightenment campaign of the Nigerian Army has so far covered some south eastern part of Nigeria which include Enugu, Abia, Imo, and Ebonyi as well as south southern states which include Akwa Ibom, Cross River, Bayelsa, and Delta states adding that the south western states campaign was kicked off in Lagos before taking the campaign train to Oyo state.

Photo News: Wreckage Caused By The Sunday’s Explosion in Lagos.