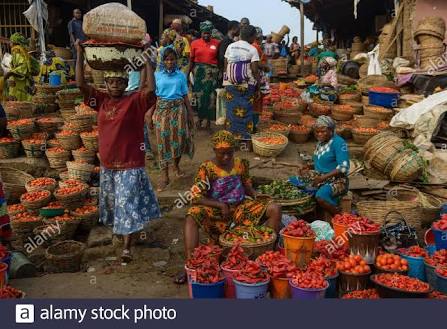 Nigeria’s inflation rate rose further to 13.22 per cent in August, the highest in 28 months, as a result of the spike in the prices of basic food items in recent times.

The continued rise in the inflation rate can also be attributed to the impact of oil prices on the global market and that of the deadly coronavirus on the global economy.

The latest report on the consumer price index (CPI) by the National Bureau of Statistics (NBS) on Tuesday showed the inflation rate for the month rose by 0.40 percentage point, from 12.82 per cent attained in July.

“This rise in the food index was caused by increases in prices of Bread and cereals, Potatoes, Yam and other tubers, Meat, Fish, Fruits, Oils and fats, and Vegetables.”

Indicating the impact of food prices, core inflation, which excludes the prices of volatile agricultural produce, stood at 10.52 per cent in August 2020, up by 0.42 per cent when compared with 10.10 per. ent recorded in July 2020.

Inflation in states
In August, all-item inflation, when compared to August 2019, was the highest in Kogi, Bauchi, Ebonyi and Yobe States. Lagos and Kwara states, as well as Abuja, recorded the lowest rise in headline year-on year-inflation.

“On month on month basis however, food inflation was highest in Ogun, Lagos and Abia, while Plateau, Zamfara and Sokoto, recorded the slowest rise” it said.

Nigeria needs to produce more
Paul Alaje, a senior economist with SPM Professionals, said the inflation rate may keep rising if Nigeria keeps importing most of what it consumes.

“The real thing in terms of inflation has to do with the productivity of the country. Nigeria is not productive enough, most of our economic life is entangled in politics, politics is rooted in tribalism, religious belief, etc.

“In other climes where things work, politics is completely separated from the economy but in Nigeria that is not the case. Here, they are like twins that you can not separate. Those who seem to be economic champions are rather breeding political leaders so that they can remain prosperous in what they do,” he said.

He warned that if care is not taken, the country might keep having these figures increase until they peak naturally.

“Recall in 2015,2016 and part of 2017, it continued to grow. It started with 9.6 per cent and grew to 18 per cent, the highest in recent history before it peaked naturally, and at that time CBN had made policies to intervene in the FX market and so on,” he said.

He also recommends that Nigeria should promote and implement a new set of policies that are friendly and have a direct impact on the pricing of commodities, food items, and other parameters that are measured within the consumer price index.

“Connect market to farms, any other sector we need to make a deliberate effort to make that connection

“If we still have to have to import most of the things we consume, and the exchange rate is increasing, as a net importer nation our exchange rate will yearly continue to go bad, it will affect inflation the way we see it today and it will continue to affect it in the near future,” Mr Alaje said.

See List Of Nigerian Politicians Affected By US Visa Ban