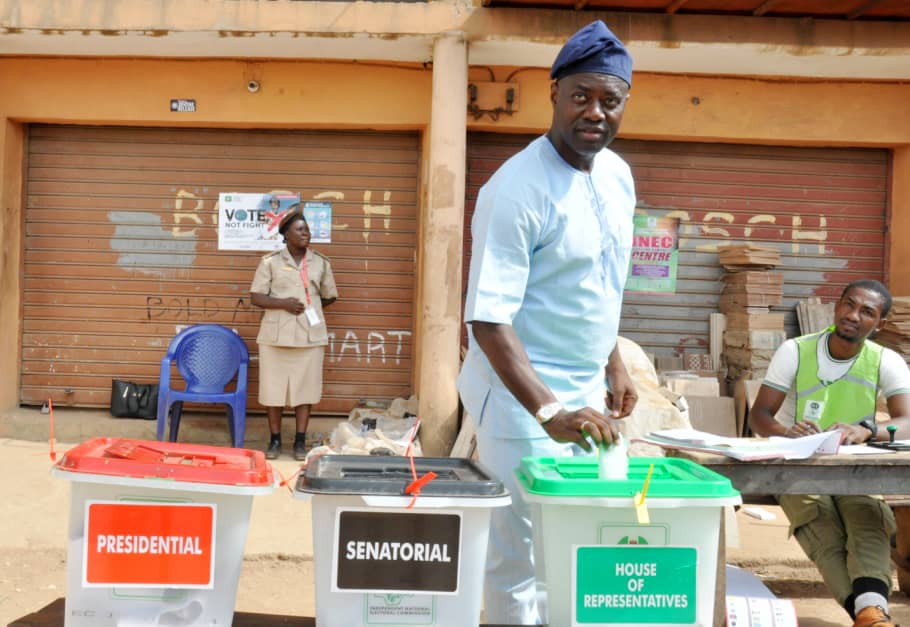 today casted his vote at his polling unit in the company of his wife Omini.

“Some polling units are yet to see INEC officials ,so what we have seen is that INEC got to those places very late say past 10am ,reports from some places say they started voting around 10am,we have also had places where they have incomplete ballot papers ,our situation room is trying to get across to the INEC situation room to sort this out”

Speaking further the PDP governorship candidate said that ” As an engineer and I do know that things can fail but I believe INEC should have calculated the probability of failure  and demand for those critical Equipments and should have made back up provision for it”.

He also expressed concerns about the work workings of the card reader machine at his polling units, he said

“Initially the card reader did not validate  my finger to thumb print ,they however made a note on the INEC document  but my name was seen on the voters register which is good  so I was allowed to vote “.

He however commended the people for coming out to vote.

“I think that by and large ,it’s been so far so good,

From what we can see here. I think people are really determined to exercise their civic  right “.