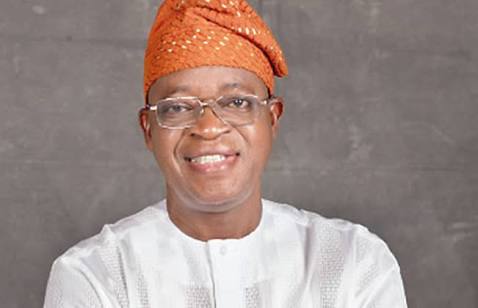 The Osun State Government has said it is making available 20 Armoured Personnel Carriers to the Western Nigerian Security Network, as part of its contribution to fighting insecurity in the region.

The network is a security architecture designed by the south-west governors as a response to the spate of kidnappings, killings and other violent crimes within the region.

It was gathered that the governors of the states in the region are at the stage of launching the outfit after approval was given from the Office of the National Security Adviser.

The Osun State governor, Gboyega Oyetola, while addressing citizens of the state as part of the state’s 28th anniversary, said the state government was mindful of the need to maintain the peace in the state and in the south-west region.

The governor noted that Osun has been known for peace since its creation in 1991 and to further sustain that status, was partnering with other south-west states to strengthen security in the region.

“We are contributing 20 Armoured Personnel Carriers and other ideas and logistics to further guarantee the security of lives and property of the citizens in our state and region,” the governor said.

The governor noted that even though the government had every reason to roll out the drums in celebration of its 28th anniversary, it had decided to make it a low key, owing to the prevailing economic situation in the country.

He paid glowing tributes to the founding fathers of the state, including his predecessors in office, for laying a “solid foundation,” upon which successive administrations have continued to build on.

“We have commissioned completed projects in that regard in Telemu and Morinu, in Olaoluwa and Iwo local government areas respectively. Our work as a government so far points to one fact: better days ahead.”

The governor also used the opportunity to detail the several achievements of his government on assumption of office and urge the citizens to join hands in building the state.

“The totality of our efforts in the last nine months is built on our manifesto which was carefully crafted to take our State to the Next Level,” he added.

“It shall continue to define our relationship with you. I congratulate you all, distinguished compatriots, on this eventful 28 years’ journey to Statehood. May God continue to bless the state of Osun.”