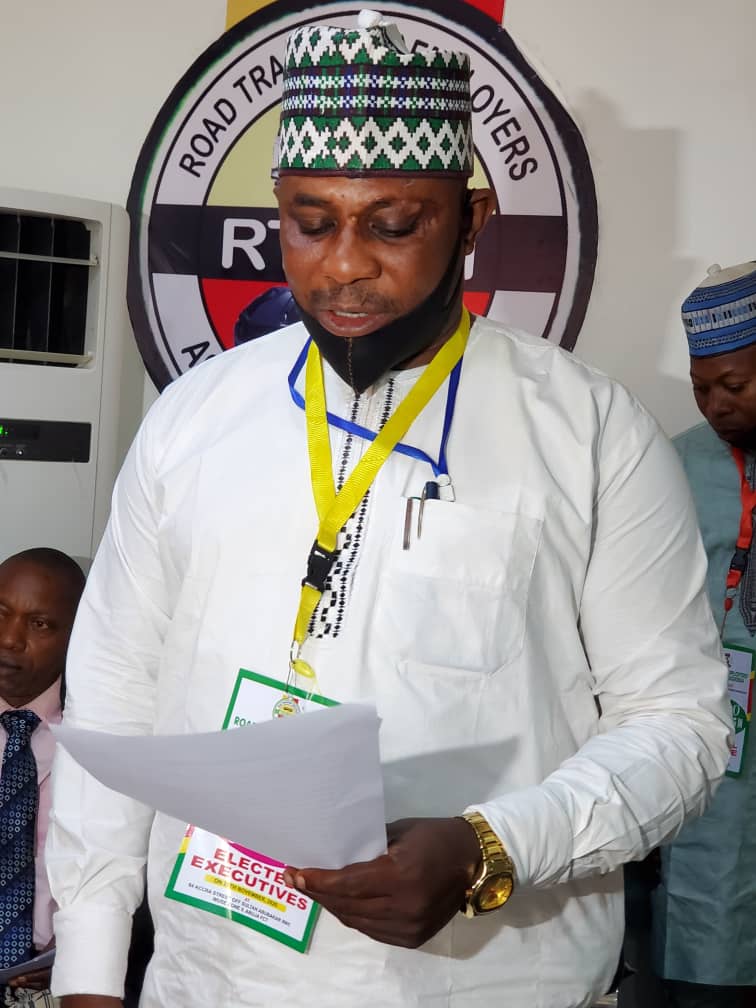 …. Says New Dawn as come in the union.

The Newly elected chairman of Road Transport Employer’s Association of Nigeria (RTEAN) Oyo state Chapter comrade Kamorudeen idowu A. K A Owogesi has promised all members of the union of a unique and dynamic administration under his leadership.

Owogesi, maintained that transparency and honesty will be his watchword. He said that all members of the union must be given special attention because the union belongs to all of us.

Comrade Kamorudeen Idowu stated this during his surprise visit to members and leader of RTEAN in oke ogun and Ibarapa area of Oyo state.

The chairman said that RTEAN in Oyo state is going to higher places. He said that his administration will bring new Dawn to the union.

He maintained that his emergence as the chairman of RTEAN in the state is God’s own project.

Speaking on behalf of members in oke ogun , Alhaji Moshood Akinwunmi MASTER and Alhaji Kareem IGANNAN Area of Ibarapa thanked the chairman for the visit because they are pleased with his leadership style.

Owogesi also promised them that he will not betray the trust members had in him. He also said his administration will not take any member of the union for granted.

The Chairman was accompanied by the the Secretary Comrade Adeyemi Olushola and chairs Logistics and planning Alhaji Nurudeen Owotutu.