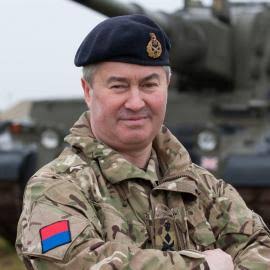 Nato is Not Ready For A War With Russia, A British General Has Warned.

Nato is Not Ready For A War With Russia, A British General Has Warned.

Alliance countries have supported Ukraine with arms and financial aid since Russia’s invasion began but have been careful to avoid any actions that could draw them into the war.

General Sir Richard Barrons, head of Joint Forces Command from 2013-16, was asked in a hearing of the UK parliamentary defence committee on Tuesday at what point Nato would be left with no option but to fight Russia.

He said Nato “will have a call to make” if Russian forces were able to reverse their fortunes and threaten larger parts of Ukraine than they are targeting in the new eastern offensive. “And that call would be easier if we had made any preparations at all to act in those circumstances at the speed required, and we have not,” he said.

“The second aspect would be if whatever happens in Ukraine causes president Putin to escalate it for his own purposes into other parts of Nato. Then it’s a very much easier question because we’ll be dealing with a breach of Article 5 [Nato’s mutual defence pact].”

He went on: “My overall concern in answering that question it that the main reason we are keen to avoid a war between Russia and Nato is that Nato isn’t ready. And we should be ashamed of that.”