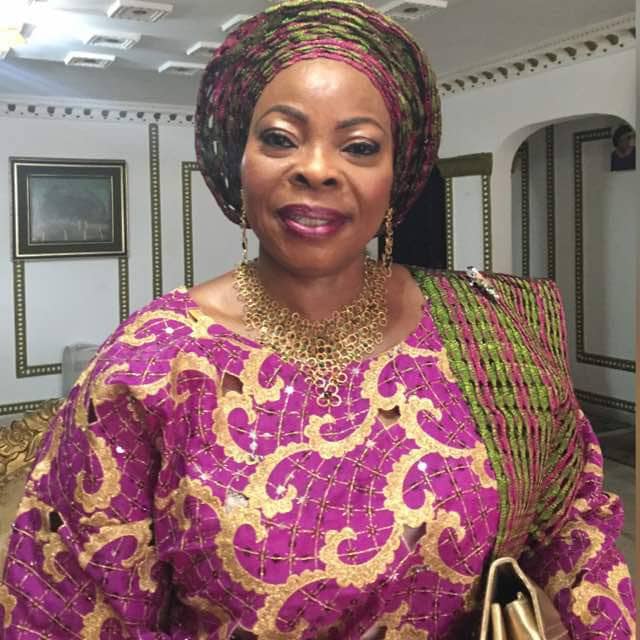 Says “he was an Ekiti man in spirit “

In a release made available to newsmen in Abuja, Senator Fatimat Raji Rasaki said “the late former President deserves his name to be permanently affixed in a prominent national monument in Abuja not in any local place or region for his immeasurable contributions to development of democracy in Nigeria and also of particular mentioning is his contribution to the development of Abuja as the capital of Nigeria. “

Senator Raji –Rasaki pointed out “we should not forget in a hurry the contribution of Alhaji Sheu Shagari to the metamorphosis of Abuja from a mere Master- Plan project of the Late Murtala Muhammed to a grand reality of being the official and functional Federal capital territory. “”

She revealed that “We should also not forget in a hurry how the Alhaji Shagari empowered his Vice-president, the late Architect Alex Ekuweme  to see to the strict and precise construction of Abuja according to the Master Plan “”

Senator Raji Rasaki pointed out “or how can we forget in a hurry, when he Alhaji Shagari as the President recorded the hosting of the first national celebration in Abuja before his tenure was terminated? “

She said it will ‘be a sin against the nation, posterity, altruistic service and even the spirit of the late ex-President, if we could not find a notable monument in Abuja to name after the first President who held the first national celebration in Abuja, who ensured the building of a firm foundation of Abuja and who formally made Abuja a functional Federal Capital of Nigeria “

, Senator Fatimat Raji – Rasaki, representing Ekiti Central Senatorial district also described the death of the former President of Nigeria, Alhaji Sheu Shagari as “the passage of an Ekiti man in spirit who throughout his tenure as the President of Nigeria under the banner of National party of Nigeria, NPN, identified with the aspirations of Ekiti part of the old Ondo state and maintained a close relationship with prominent and distinguished Ekiti sons and daughters “

In the release, Senator Fatimat Raji- Rasaki said “He was an Ekiti man in spirit. This he showed and displayed by not only associating with prominent Ekiti sons and daughter but associated with their aspirations by ensuring the allocation of enduring projects in Ekiti part of the old Ondo State. He loved Ekiti people. Yes, I remember that it was during his tenure that the Federal Polytechnic Ado Ekiti which he initially wanted to make a University but politicised   was weaned through the relationship between him, late Chief  Michael Afolabi Obayemi, Late Chief Claudius Agboola Bamigboye and Chief Afe Babalola

I also remember that the Ero Dam, which is the 3rd largest man-made Dam in Nigeria was constructed all in Ekiti part of the old Ondo State. I also remember that he wanted to lay the foundation of a   Federal Teaching Hospital in Ado then when his helicopter could not land in a mysterious circumstance. I bold to say that, he did well and would have done more for Ekiti if he had ended his 2 term tenure”

She revealed that “He was a nationalist in acts, deeds and words. He ruled over a country with nationalistic fervour and even showed the greater perception of nationalism when he conferred the highest National Honour of Grand Commander of the Federal Republic of Nigeria on the late Chief Obafemi Awolowo, who was then, the Presidential candidate and leader of Unity Party of Nigeria, the main opposition party. This is to show the elasticity of his politically large-heartedness. “