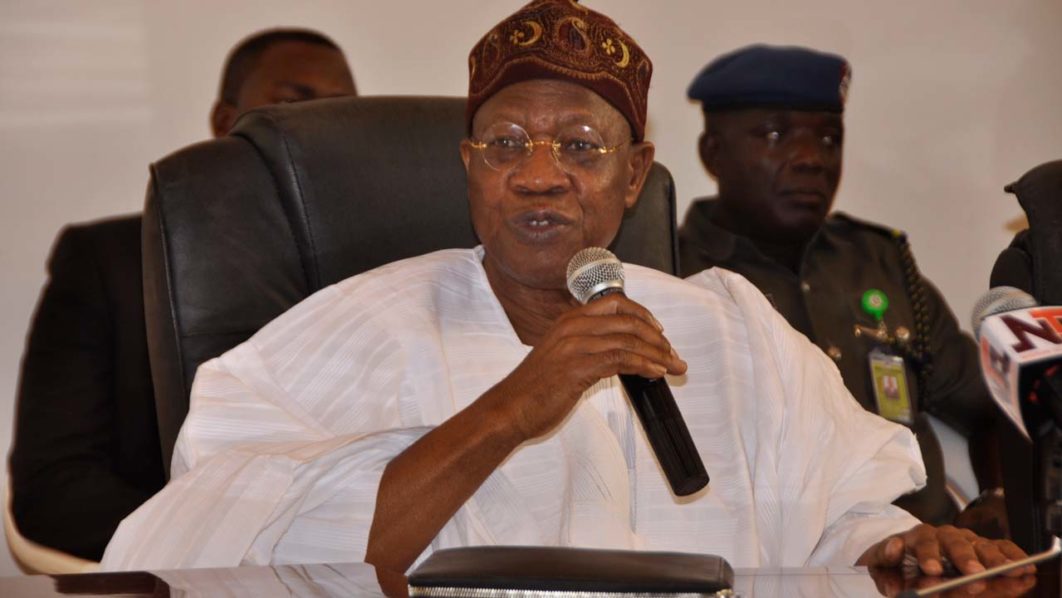 For officials of the Islamic Movement in Nigeria (IMN), it is a blatant lie to claim that N3.5 million is spent monthly to feed their leader, Sheikh Ibraheem El-Zakzaky, in detention.
The group also known as Shiites, said that the claim was a cover-up for fraud. The Islamic group said it was shocking and unbelievable that the Minister of Information, Lai Mohammed, said such a huge sum was spent on the leader of IMN in custody when he had been complaining of poor feeding and deteriorating health.

A statement by the group’s spokesman, Mallam Ibrahim Musa, yesterday, said: “IMN believes that this is part of the grand deception of this administration to present a human face after it brutally slaughtered over 1,000 innocent and defenseless civilians in Zaria in December 2015.

“Let us also note that his three sons, who were also in his residence, were among those murdered in cold blood in his presence and buried in mass graves. The atrocity didn’t just stop at that: His residence was completely razed and later flattened.”

Lamenting the plight of the Shiites and their leader, Musa said: “This same government had also told the world through the Federal High Court in Abuja that the Sheikh didn’t do anything wrong, but they shot him and the wife and all the atrocities were only to protect him. The court was not convinced and so ordered that he should be set free. The government reneged.

“Now, they shamelessly lied to the world that they are good to him. Moreover, when some members of the IMN met the Sheikh early last month, among the things he complained of is the poor feeding he is facing since he was transferred to Kaduna six months ago.”

Musa continued: “Considering his (El-Zakzaky) age and failing health, he deserves some special feeding arrangements, but those holding him in custody have denied him all that. This clearly shows that some security officers are looting public funds under the guise of keeping the Sheikh under protective custody, which the Federal High Court in Abuja has since declared illegal under the constitution.

“Also the minister’s claim, which he said is off the record, clearly exposes the corruption in the DSS (Department of State Services). This figure could be true in their records, but they actually use that to loot public funds in the name of feeding the Sheikh, while in reality the Sheikh is the one catering for himself and buying all his domestic needs.