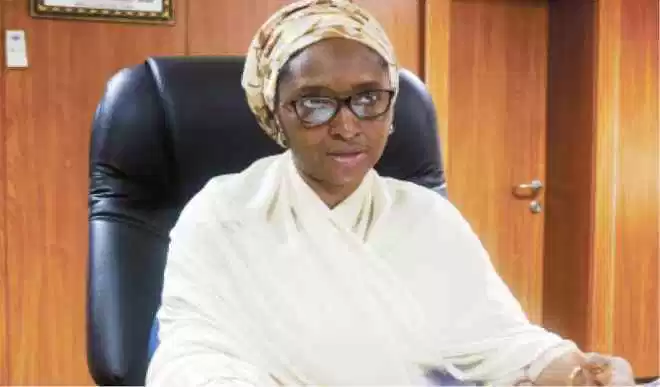 The Federal Ministry of Finance has denied knowledge of a $3.5 billion fund allegedly kept and utilised by the Nigeria National Petroleum Corporation (NNPC) for fuel subsidy.

The Permanent Secretary, Mahmoud Isa-Dutse, gave the ministry’s position when he appeared before the Senate ad hoc committee probing the allegation in Abuja on Thursday.

Mr Isa-Dutse’s claim appeared to corroborate the Group Managing Director of the NNPC, Maikanti Baru, who restated the agency’s denial that it had no such fund in its custody.

The News Agency of Nigeria (NAN) recalls that the allegation emanated from the Minority Leader of the Senate, Abiodun Olujimi, at plenary on October 16.

In a point of order, Mrs Olujimi had alleged there was a $3.5 billion “Subsidy Recovery Fund being managed only by the GMD and Executive Director, Finance, of the NNPC”.

It was on the basis of that allegation that the Senate set up the committee, chaired by the Majority Leader, Ahmed Lawan.

Mr Isa-Dutse said the ministry was only aware of the outstanding payments under the old subsidy regime, being handled by the Debt Management Office (DMO).

“As far as the current fuel importation regime is concerned, the Ministry of Finance does not have any account it is operating.

“We are not aware of the alleged $3.5 billion fund, and we do not maintain any subsidy fund account,” he said.

The NNPC had earlier denied the $3.5 billion subsidy fund claim in a statement on October 17.

The GMD explained on Thursday that the agency was only utilising a revolving fund of $1.05 billion to defray the cost of under-recovery in the importation of fuel.

Asked by the lawmakers to differentiate between subsidy and the “cost of under-recovery”, Mr Baru said subsidy was usually captured in the national budget, while the latter was not.

The $1.05 billion, according to him, is part of the NNPC’s operational costs.

He said the money was sourced from the corporation’s share dividend in the Nigeria Liquefied Natural Gas (NLNG) and domiciled in the Central Bank of Nigeria (CBN).

Mr Baru explained that the action was in line with section 7 (4)(b) of the NNPC Act, which mandated it to defray its operational costs from its revenue.

“The fund is being transparently administered according to laid down processes and governance.

“I would like this honourable committee to note that the actions of NNPC were in compliance with the National Assembly directive that NNPC, as the supplier of last resort should, and has, maintained robust petrol supply and distribution to the nation.

“Currently, no other oil company imports petrol due to the high landing cost above the N145 per litre price ceiling on sale of the product, and also due to the lack of provision for subsidy in the Appropriation Acts since 2016,” he explained.

The GMD assured the committee that the NNPC would continue to guarantee energy security in the country by maintaining PMS supply at the approved pump price of N145 per litre, except directed otherwise.

When Mr Lawan requested documents to back up his claims, Mr Baru said they were not immediately available and asked for one month to present them to the committee.

But the lawmaker gave him two weeks to furnish the committee with the documents, and adjourned the hearing till November 6.