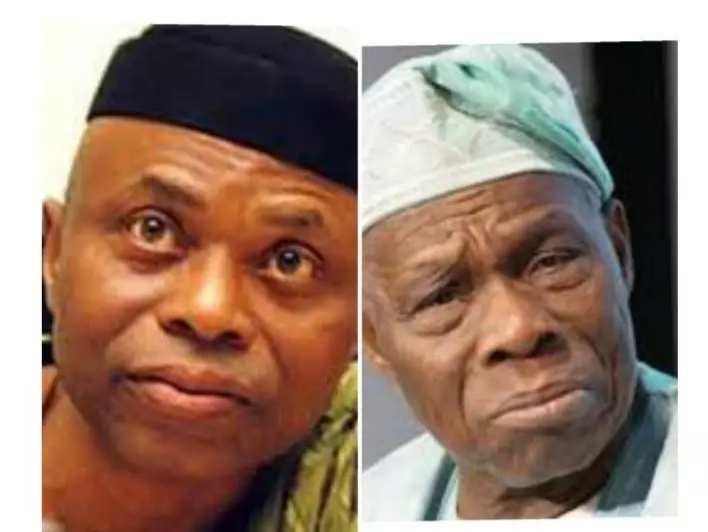 Mimiko’s Decline Of OBJ’s Request On Ondo Election For The 2nd Time Is Sign That Agboola May Win: Ayo AROWOJOLU

For avid watchers of politics in Ondo State, the ongoing intervention by former President Olusegun Obasanjo concerning gubernatorial elections in the Sunshine State, is not a novel move.
In 2006, in the build up to the following year’s governorship election, Dr Olusegun Mimiko was already a serving Minister in the Obasanjo Administration. He was previously Secretary to the Ondo State Government for about two years under former Governor Olusegun Agagu.

In a deft political move, Agagu who felt Mimiko was becoming too powerful with his grassroots political maneuverings, pushed him over to Obasanjo to help whittle down his local influence.

And so, Mimiko became the Minister of Housing and Environment. Yet, he maintained his political structure back home in the state.

The medical Doctor turned politician did not waste time to signify his intention to contest the 2007 gubernatorial election against Agagu who was bidding for a second term tenure.

It was at this point that Obasanjo stepped in. He called a meeting between Agagu and Mimiko, asking the latter to step down in order to allow Agagu do a second term in office.

Obasanjo was stunned when Mimiko insisted he was pressing ahead with his ambition.

Somehow, the Iroko(Mimiko’s political appellation) machinery had become so popular. At the time OBJ arrived Akure Airport for a political event, the shout of “Iroko, Iroko” rented the air, just as Obasanjo, who was visibly angry, shouted the crowd down, saying “nobody should shout Iroko here. Iroko doesn’t live in the city. Iroko lives in the forest”.

Tuesday’s meeting which held at the Abeokuta residence of the former President sought specifically an alliance between PDP and ZLP.

But, those present at the meeting including Obasanjo, Governor Aminu Tambuwal of Sokoto, Gov Bala Mohammed of Bauchi, Gov Seyi Makinde of Oyo and former Gov Gbenga Daniel, pointedly asked Mimiko to back off Agboola.

Being the political mentor of Agboola, Obasanjo requested that Mimiko should collapse the ZLP structure in support of Jegede as that is the only strategy to unseat Akeredolu.

However, Mimiko again politely declined that suggestion as he insisted that Agboola already has a massive grassroots incursion into virtually all the 18 local government areas of the state.

The former Governor instead appealed to Obasanjo and the other co-facilitators to compel Jegede to collapse his PDP structure in favour of Agboola to aid his governorship bid.

An inside source who was at the meeting said: “We were all shocked at the confidence level of Mimiko and Agboola. They insisted that it is the PDP that should collapse its structure. They made it known that Jegede is not a strong force in this election. I can tell you that Mimiko knows what he’s saying. And, we have no choice other than to agree with him. Let’s see how it goes”.

Another source said: ” There are politicians in Nigeria who are really gifted and visionary. Mimiko is one. Remember, he declined Obasanjo’s request asking him to step down for Agagu in the 2007 election. He still went ahead and won. Let’s allow him this time around. It could be the victory sign that Agboola Ajayi will be the Governor come October 10″.

Katsina State Government Has started Distribution Of Covid 19 Parliatives In The Thirty Four Local Governments Of The State.