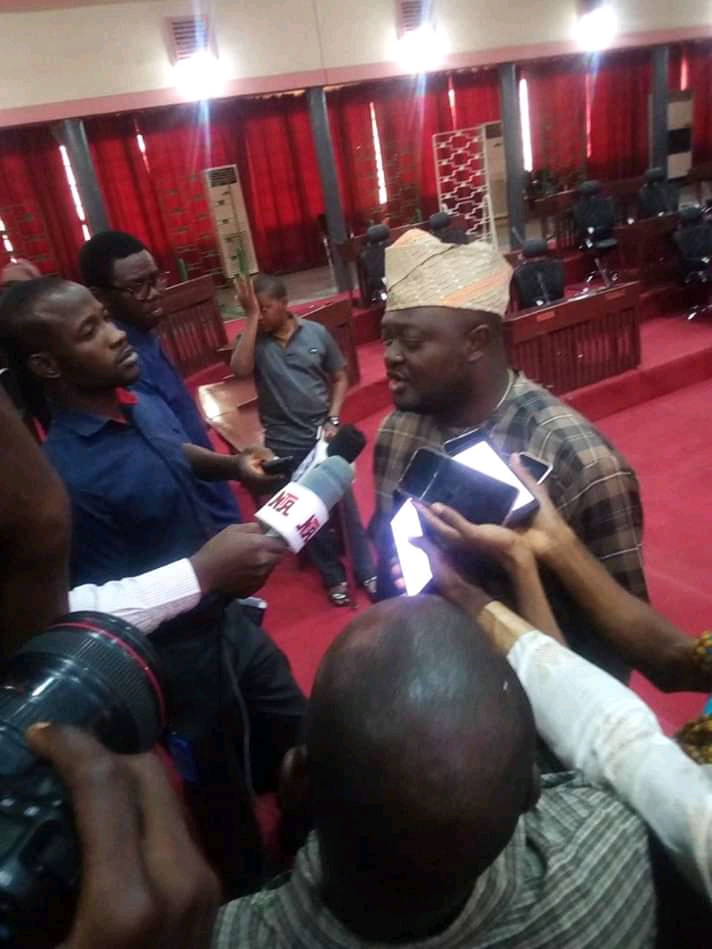 The Oyo State House of Assembly has urged citizens and residents in the state to cultivate the habit of prompt payment of taxes to enable efficient and smooth running of government.

The house while deliberating on a motion tagged “An Appeal To The Citizenry To Contribute To The Smooth Running Of The State Through Prompt Payment Of Taxes, Levies, And Other Incomes Due To Government” during its Tuesday plenary, noted that no government would be able to perform its duties efficiently without availability of funds mostly from revenues generated from tax.

The mover of the motion, Honorable Olajide Akintunde representing Lagelu state constituency while presenting the motion stated that no government at all levels i.e federal, state, and local government, can be effective unless it enjoys some reasonable level of financial independence.

Hon Akintunde who also doubles as the chairman house committee on commerce and cooperatives, said that it is the primary responsibility of government to protect lives and properties of its people, provide social amenities, and promote social justice for its citizenry adding that all these require funds which makes it imperative for citizens to promptly pay their taxes honestly as and when due.

The house noted that section 24 of the Nigerian constitution stated that every citizen must declare his/her income honestly to appropriate and lawful agencies, and pay such tax promptly and in good faith.

Hon Dele Adeola (Iseyin/Itesiwaju state constituency) in his submission lauded the mover of the motion for presenting such pertinent issue affecting the availability or paucity of funds in the state.

He added that the porosity of the tax system in the state portends a great challenge to the state revenue base adding that the tax system is too cumbersome and enmeshed in excess bureaucracy noting however, that tax modules and principles should be made friendly for the citizenry.

He said that people must also be able to see results of what the government is doing with the taxes collected in order to build public confidence in the minds of tax payers.

Hon Julius representing Saki West state constituency noted that in order to be able to achieve something meaningful with the motion, government must be able identity the loopholes and leakage in tax collection before moving towards proffering solution

He added that the motion should be treated as a matter of public urgent importance, stressing that the executive governor of Oyo state, Engr Seyi Makinde is implementing laudable economic policies and programs that require funds in order to achieve more.

The Speaker, Rt Hon Adebo Ogundoyin, in his remark, commended the mover of the motion noting that the resolutions as contained in the motion are good and timely.

He appealed to members of the public to adhere to payment of taxes as and when due so that state government will be able to achieve its laudable economic policies and programs.

Rt Hon Ogundoyin at the end of the plenary however, referred the motion to a newly set up ad hoc committee for further legislative action and ordered it to report back to the house as soon as possible.