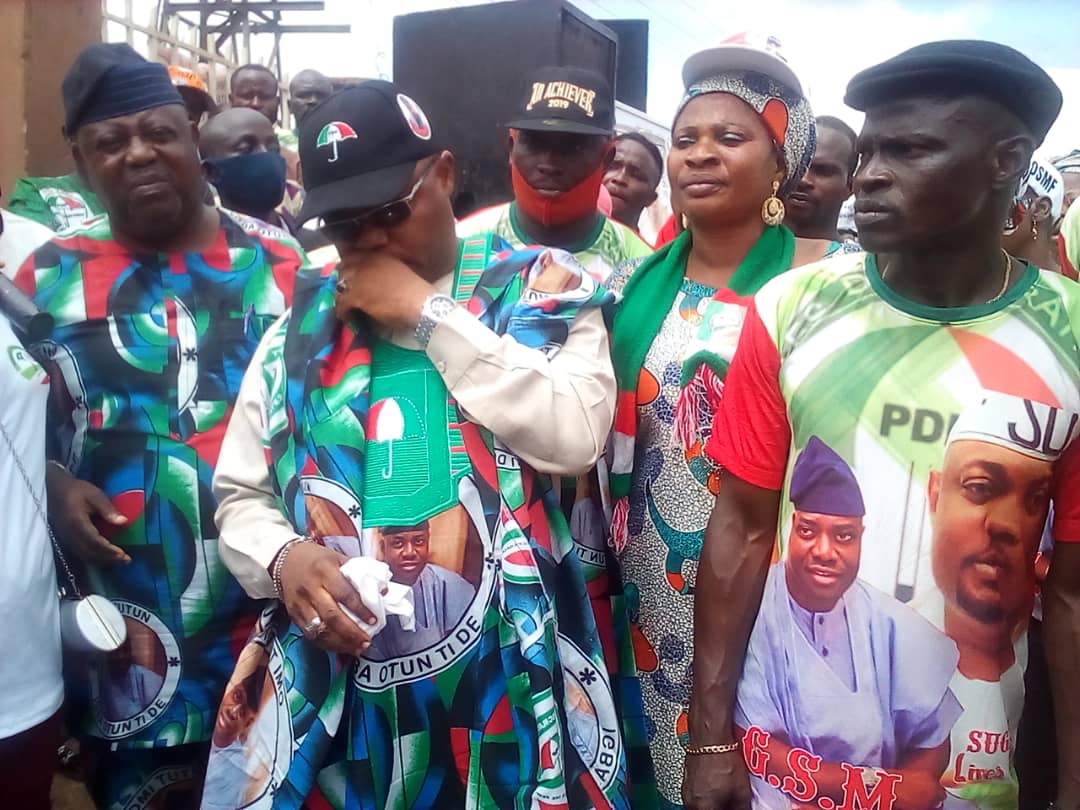 Leadership and thousands of members of opposition parties in Lagelu local government comprising of All Progressives Congress (APC) and Action Democratic Party (ADP) have dumped their political parties and moved into the Peoples Democratic Party (PDP), sunrisebulletin.com reports.

The lawmaker representing Lagelu state constituency at the Oyo state house of assembly, Honourable Akintunde Olajide, has expressed joy and satisfaction over the decision of the decampees to join the PDP in Lagelu local government.

He explained that the only difference between PDP in Lagelu and other political parties is in the choice of political association stressing that Lagelu remains one of the local governments in the state with everyone at the grassroots being members of one large family.

The lawmaker who doubles as the chairman, house committee on commerce and cooperatives explained further that Governor Seyi Makinde has completely changed the political narrative in Oyo state, making politics a more enticing, appealing and less dirty profession to venture into.

He stressed that both old members and the new members all have equal rights and access in the party and warned against any form of discrimination that may breed disunity and acrimony.

He urged the new members to see themselves and other members as one big family and partners in progress towards repositioning the party for continued peaceful and harmonious relationship as well as future election victories.

He explained that himself, his followers and supporters have all joined the PDP at the state level but had to formalize their membership at the local government noting that politics is local and must be practiced from the home front.

Earlier the Deputy Chairman, Oyo state PDP, Hon James Olukunle, who represented the state party Chairman, Alhaji Kunmi Mustapha, I’m his brief address described PDP in Oyo state as party with a clear vision headed by a visionary governor with unrivalled passion for the masses and Oyo state at large.

Hon Olukunle urged the new members to feel at home and freely aspire to the peak of their aspirations within the party stressing that all members regardless of time of joining the party have equal right and access.

Speaking with sunrisebulletin
.com before official handing over of PDP party flag to the decampees, the Special Adviser to Governor Seyi Makinde on Local Government and Chieftaincy Matters, Asiwaju Yemi Aderibigbe, welcomed the new members and admonish them to continue to conduct themselves with dignity and mutual respect for other members adding that nobody will be denied or deprived of anything within the party both at state and local government level.

Ex Oyo Assembly Lawmaker Honourable Olusegun Olaleye popularly known as ‘Radical Brother’ who was present at the event described the development as epoch and an impressive decision by the decampees at the right time’ calling on all PDP members in Lagelu to continue to work in tandem with governor Seyi Makinde’s open door policy as well as all inclusiveness style of leadership in the spirit of collectivism.

Other members of ADP who followed ‘Big Daddy’ into PDP are Mr Biodun Badmus (a.k.a Daddy Tope), Dimeji Olatoye (a.k.a Ijoba), Comrade Akin Olasunde, Comrade Ogunniyi and other respected leaders and members. 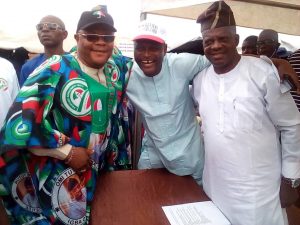