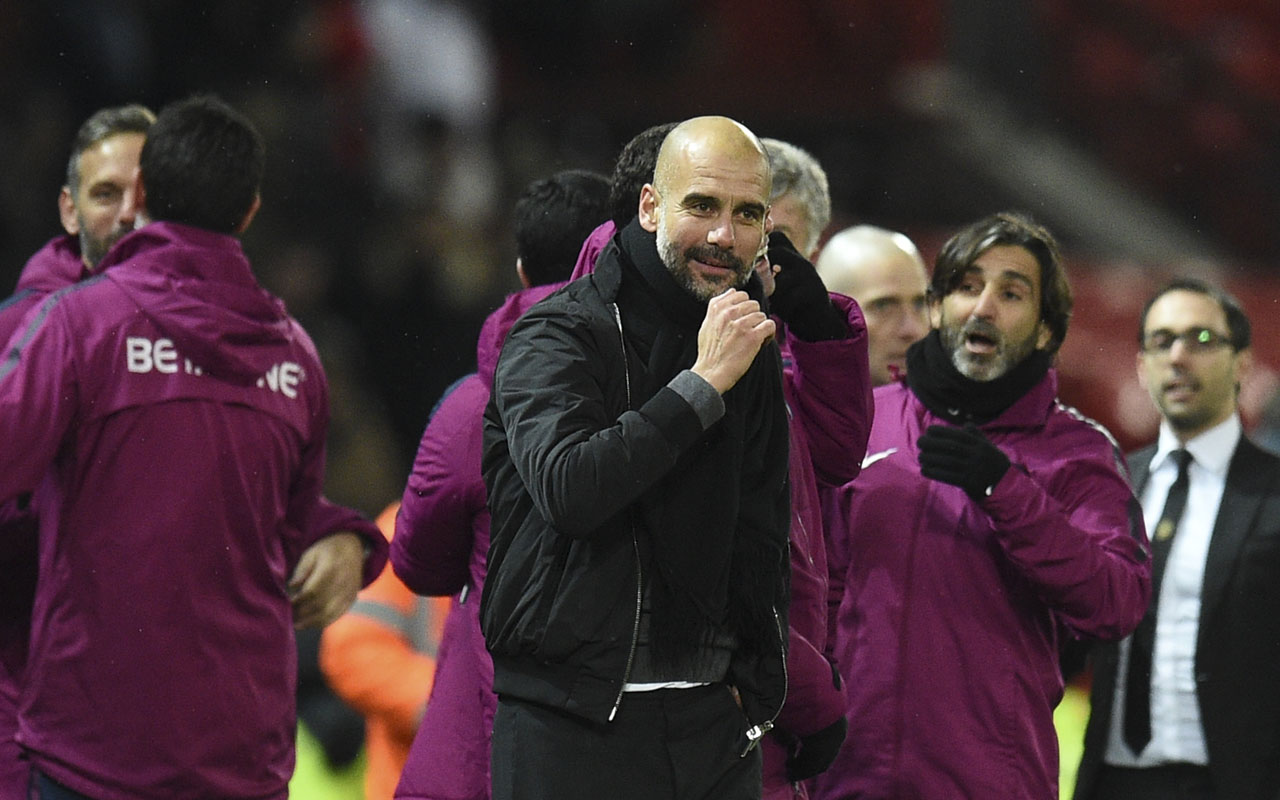 Pep Guardiola says Manchester City will not be making any signings in January, effectively ruling out buying a short-term replacement for the injured Benjamin Mendy.

Guardiola believes his squad is strong enough to get through to the end of the season, despite the injury absences of Mendy, Kevin De Bruyne, Bernardo Silva and back-up goalkeeper Claudio Bravo.

Belgian playmaker De Bruyne and Portuguese midfielder Silva are likely to be available for the Premier League leaders within the next 10 days but Mendy will be out for up to 12 weeks after having surgery on meniscus damage in his left knee.

Asked whether he might be tempted to sign a replacement for Mendy in January, Guardiola said: “No. We are not going to spend anything (in January). I am so happy with the squad, people are coming back, so no.”

Guardiola’s comments also signal that any move for Ajax midfielder Frenkie de Jong will wait until the end of the season.

De Jong, who has been heavily linked with a move to the Etihad Stadium, is understood to be the leading long-term candidate to replace Fernandinho in the City midfield.

Fernandinho, 33, has started all 12 of City’s Premier League matches this season, with Guardiola describing him as “exceptional”.

The manager, however, has acknowledged that he will have to rest the Brazilian during a frantic December that presents City with nine matches across three

Fernandinho has been given extra time to rest during the latest international break as he was not selected by Brazil. David Silva, who has retired from duty with Spain, and Sergio Aguero, omitted by Argentina, also had time off.

Guardiola said: “He will need a rest, definitely. Now he is not with the national team, he, David, and Sergio have had eight days off. That is a good recovery from four, five, six games in a row.”

The manager is certain that, even if he needs to use Fernandinho sparingly over the coming months, he has no need to sign any more players this season.

“When we created the squad at the beginning of the season, it was not to go to the January (window) unless we have problems.

“But I have a deep squad and a lot of players cannot play even though I trust them a lot. They believe I don’t like them but that is not true.”

Guardiola has hinted he could be willing to extend his stay at City beyond the end of his contract in 2021, despite suggesting earlier in the week that he had a long-term interest in international management.

He said: “I have a young squad, good facilities — I have everything. I have protection, my family is doing well in Manchester.

“I don’t rule anything out in terms of my contract. We will see. This is day by day. In two months, football can change every impression you have right now.

“You can lose the locker room, you can see the players don’t follow you any more and make bad decisions. It’s going well and I’ll maybe stay longer. I don’t know.”

Sen.Buhari commissions ICT centre and a block of classrom in Iseyin