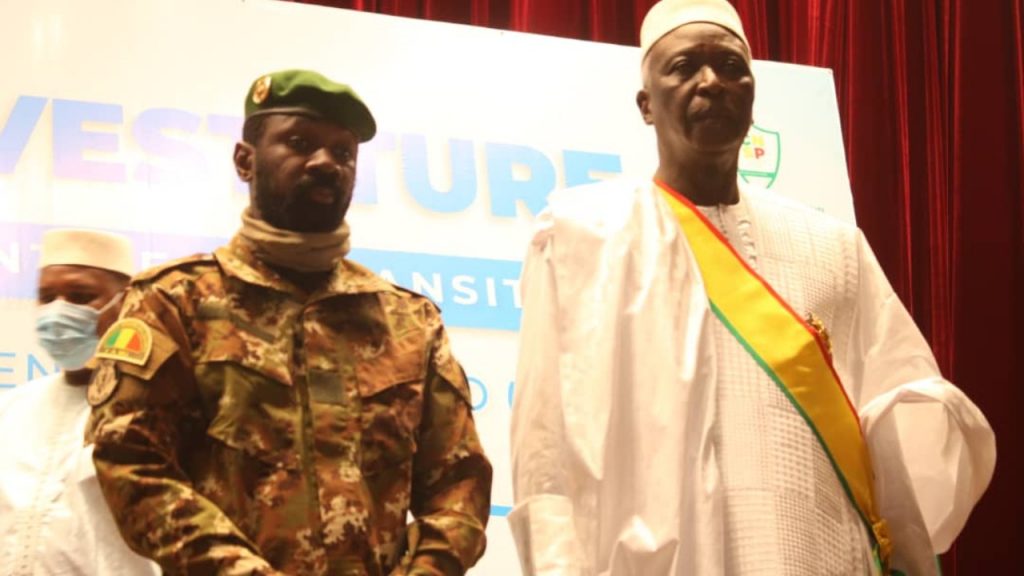 Ba N’Daou, Mali’s former Defence Minister, has been sworn in as President of the transition government.

Colonel Assimi Goita was sworn in as Vice President.

Goita heads the National Committee for the Salvation of the People (CNSP) that ousted President Ibrahim Boubacar Keita on August 18.

The emergence of N’Daou and Goita was announced on Monday.

They will lead Mali until the election of a new administration.

Former President of Nigeria, Goodluck Jonathan, was in attendance.

“Today, we witnessed the swearing-in of His Excellency Mr. Ba N’Daou and Colonel Assimi Goita as President and Vice President of Mali’s Transition Govt. The #Ecowas mediation team congratulates these new Malian leaders and wish them success”, he tweeted.

Regional body ECOWAS had imposed border closure against the country.

The sanctions which included the suspension of financial flows are expected to be lifted with a civilian leadership now in place.