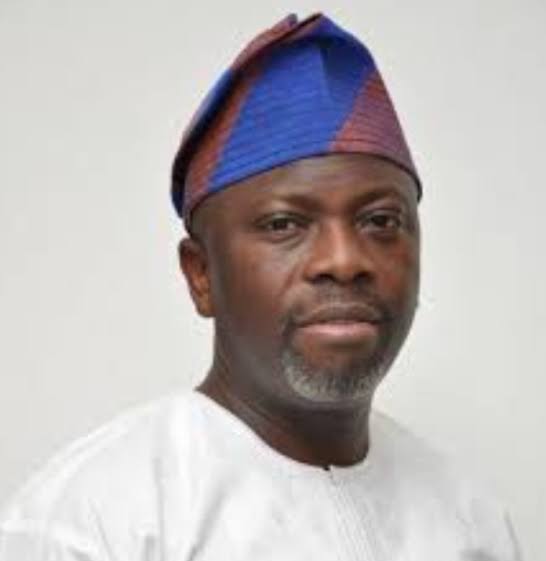 The Governor of Oyo State, Engineer Seyi Makinde, will kickstart the process that will bring about a new-look Agbowo Shopping Complex, Ibadan, this week, the Director-General of Oyo State Investment and Public, Private Partnership Agency (OYSIPPPA), Hon. Segun Ogunwuyi has said.

Ogunwuyi, who stated this while granting an interview to the media, said that his agency has concluded plans to hand over the imposing but moribund Agbowo Shopping Complex, opposite the University of Ibadan main gate to a concessioner, whom he said met the conditions for a positive turn-around of the complex.

A statement by the Chief Press Secretary to Governor Makinde, Mr. Taiwo Adisa, quoted Ogunwuyi as saying that everything was set for the handing over of the Agbowo Shopping Complex.
Ogunwuyi also said that work was progressing on the Ibadan Dry Port, which is a tripartite investment opportunity involving the Nigerian Shippers’ Council (on behalf of the Federal Government) the government of Oyo State and a private investor.
He said that besides the Pacesetter Asphalt Plant and Quarry, Ijaiye, which has already been handed out on concession, his agency is vigorously pursuing the concession of the Agbowo Shopping Complex, which he said will come alive starting from this week.
He said: “The second one is the Agbowo Shopping Complex, we have been on that and I am happy to say that by next week (this week), the governor will be handing over the asset to an investor on a concession basis, these are two critical assets of the state that we have been able to concession since we came on board.
“We have touched on basically all aspects of our mandate; we are primarily in charge of concessioning government assets and we have done four major concessioning. Let me mention two that will be well known to people, we have concessioned the asphalt and quarry plant that we have in Ijaiye, that’s somewhere around Moniya, a private investor is running it profitably and the government of Oyo State gets a percentage of the revenue when sales are made.”

He also clarified that the state government does not commit funds to the projects being revived, adding that his agency only sources for the right investor who can turn the fortunes of the abandoned projects around.
He said: “Because it is a concession, Oyo State did not put one naira into the project (Asphalt Plant), it costs government nothing. What we did was to get investors that can run the business profitably and we negotiated with them based on the quantum of investment they want to put in, how long they will have the concession and the revenue that is accruable to Oyo State from that. Currently, you can buy all manners of stone-based granite and asphalt there. We are also happy to say that the operation no potholes being carried out by the state government currently is done mostly with the asphalt gotten from the plant.