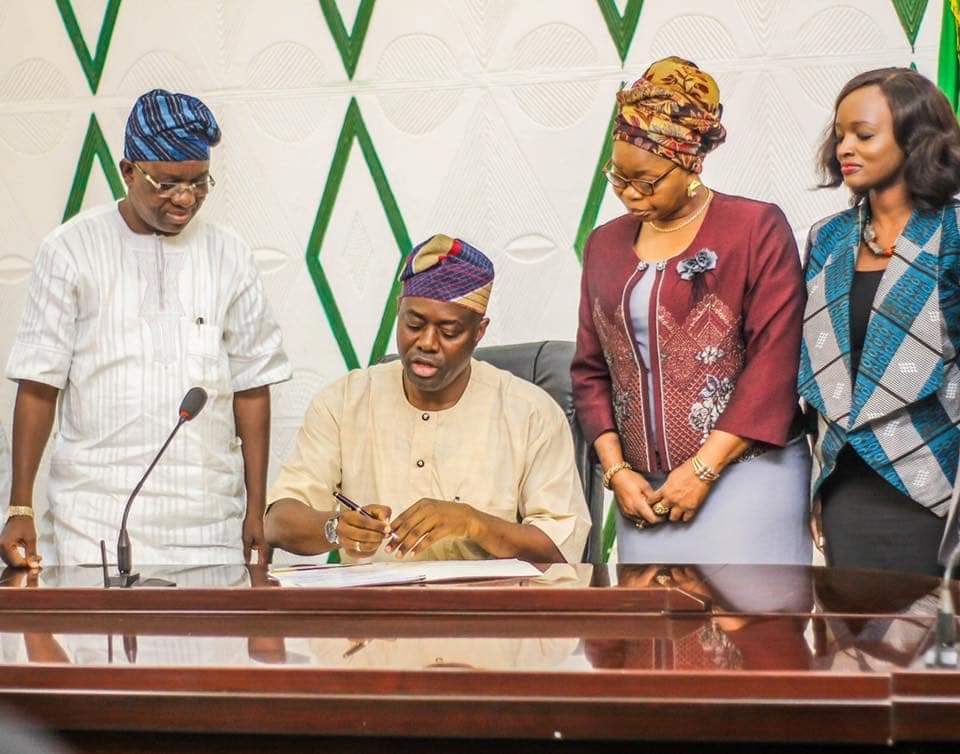 The Oyo state governor, Engineer Seyi Makinde on Wednesday, signed the transmission to the legislature the executive bill for the establishment of the Oyo State Economic and Financial Crime Commission (EFCC).

In his speech, governor Makinde explained that, Corruption doesn’t recognize a political party nor Individual. Saying, the Bill became necessary after a lot of rot was discovered in the system and to prevent further occurrence and to set Oyo state free from corruption and restore it to a pace setter state.

He, however, solicited for support from all and Sundry; promising that the government will never use the commission to hunt after anyone but rather use to set records straight.