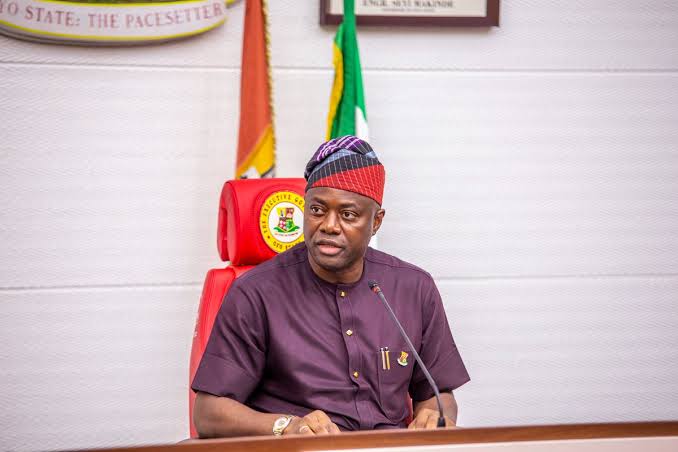 Oyo State Governor, Seyi Makinde has redesignated one of the returning Commissioners, Alhaja Fausat Sanni to the Ministry of Special Duties. Sunrisebulletin.com reports.

Sanni, until her new portfolio was Commissioner-Designate to the Ministry of Women Affairs and Social Inclusion being the portfolio she held until the dissolution of the state cabinet by the Governor.

Other returning six Commissioners however, retained their previous portfolios.

Governor Makinde while Inaugurating the the new Commissioners charged them to redouble their commitments towards the task ahead.

“You have just under two years left to make even greater marks in your various portfolios. I saw that the Protocol invited Permanent Secretaries of certain ministries under the assumption that you are all going back to your various ministries. Well, we will know very soon,” Makinde said.

The Governor also hinted that some the political appointees will soon be elevated to bigger offices with higher responsibilities.

“So, even when I am holding you accountable to a very high standard, it is because some of you will go beyond the current leadership role to something even higher,” Makinde said.