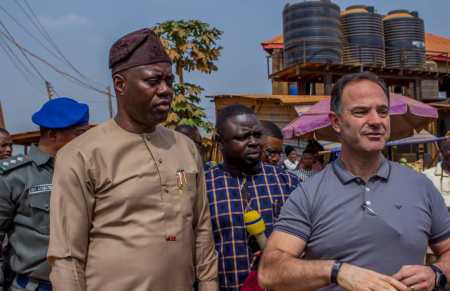 Oyo State Governor, Engineer Seyi Makinde, has declared that his government would not demolish any property to facilitate road construction without adequately engaging with the owners and paying due compensations.

Governor Makinde stated this during an assessment tour of the abandoned Kuola-Jankata-Benbo-Apata Road on the Akala Expressway, which connects the Lagos-Ibadan expressway to the Ibadan-Abeokuta Road.

He noted that his Government would ensure the completion of the project, adding that the project was already captured in the 2020 Budget. 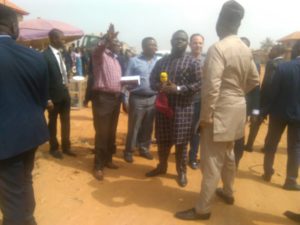 A statement signed by the Chief Press Secretary to the Governor, Mr. Taiwo Adisa, indicated that the Governor was in company of the Commissioner for Works, Professor Raphael Afonja and other Government officials.

Governor Makinde noted that a lot of money had been expended on the road project, adding that the project was abandoned during the tenure of the immediate past administration.

He stated that his administration would complete the road to decongest traffic on the Ring Road axis, affirming, however, that the Government would not demolish people’s properties without compensating them.

He said: “You cannot demolish people’s properties without compensating them. So, we will engage them. And from the feelers that I can see out there, they [property owners and residents] also want development in this area. Of a truth, we must know that development comes at a price. It may be painful but, for the common good of all, I believe they will cooperate with us.

“The legal tussle is because there is usually a misunderstanding or disagreement. Even if you go to war, it will still boil down to the fact that you all need to sit down to end the war. And, soon, we will engage them and I believe everybody will align.”

The Governor added that it would be a quick win for the Government to complete the abandoned project, which he noted would ease traffic on Ring Road, as commuters travelling from Lagos-Toll Gate axis towards Apata-Abeokuta Road would no longer need to go through Ring Road.

“You can see that a lot of money has been expended by trying to link the road coming from the Toll Gate area to the Ibadan-Abeokuta road. It is just about three kilometres to get here. If we do it, we will decongest the Ring-Road and people coming from Lagos will either go through this way or the other way. They don’t need to reach Ring Road to get here.

“The project has already been captured in the 2020 budget and I think this is a quick win for us,” the Governor said.