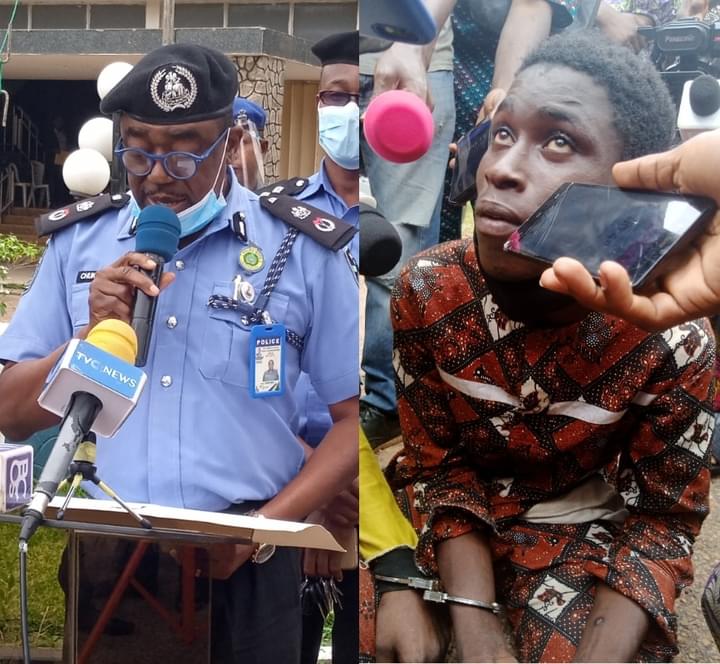 …calls for calm in community
The Oyo State Governor, Engineer Seyi Makinde, on Tuesday, gave marching orders to security operatives to ensure the re-arrest of Sunday Shodipe, the notorious suspect, alleged to be involved in the series of murders in Akinyele, who escaped from from police custody in Ibadan, on Saturday.
The governor, who was represented by the Special Adviser on Security, COMPOL Fatai Owoseni (rtd), at a Town Hall meeting held at Akinyele Local Government, said the re-arrest of the alleged mastermind of at least six ritual killings in Ibadan, must be made a top priority of security operatives.
A statement by the Chief Press Secretary to the governor, Mr. Taiwo Adisa, indicated that Governor Makinde reiterated that his administration places premium on security of lives and properties in the state, urging the residents of the area to remain calm and not take laws into their hands.
The governor, who maintained that he shared the pains of the people of Akinyele, over the incessant killings in the local government, said the people must continue to cooperate with law enforcement officials to lawfully bring about an end to the menace in the area.
He said: “All of us have followed the incidents in Akinyele; the arrest of the principal suspect in the case and, of course, his escape from custody, after being arraigned in court.
“We are here today in this Town Hall meeting and Governor Makinde has directed that we should let the people in the community know that as governor, he shares their pain; and as people of Oyo State, we share in the pain; and what has happened is condemnable and unacceptable in all materials particular
“Be that as it may, the governor also wants us to dialogue with the people, with a view to ensuring that in as much as security challenges can affect economic development, so also are barbaric actions like taking laws into people’s hands.
“Yes, the people have the right, having suffered such pains, to come out to protest. But when we do our protest, we should do it in a way that will not continue to destroy property of people. Because the properties of people we are destroying could also be members of our family. Everyone knows that what has happened is bad but for every 12 disciples of Jesus Christ, you see a Judas Iscariot.
“So, His Excellency, Governor Seyi Makinde, apart from being pained, sharing in the pains of the people and being in solidarity with them, has also ensured that this gets to the hearing of the top echelon of the police, that is the Inspector General of Police. The governor and IGP have given the marching order to the commissioner of police and all his officers in Oyo State to work with the people in the community, so as to ensure that the suspect is rearrested; and ensure that all those cases are investigated to a logical conclusion.
The governor added that the police would need the cooperation of the people to be able to succeed in putting an end to the incessant killings and crime in the community, saying: “The last one was preventable if that suspect had not escape.
“Just like the state gave the security agencies the wherewithal and tools to apprehend that suspect in the first case, so also is the governor deploying whatever is necessary and the enablement that will make them succeed. And they must work in partnership with the members of the community in the spirit of community policing.
“So, we have come here to pass this message to our people here. They have also given their commitment to work together with the police to make sure the suspect is re-arrested, investigated and prosecuted,” the governor said.
The Town Hall meeting was attended by government functionaries and community leaders including Chief Press Secretary to the governor, Mr. Taiwo Adisa; Alakinyele of Akinyele, Oba James Odeniran; Akinyele Local Government chairman, Hon. Taoheed Adedigba, and his counterpart at the Akinyele South LCDA, Hon. Kazeem Adekunle Akinyele.
Others were Hon. Muyiwa Ogunrinde, the chairman of Akinyele East LCDA; community leaders, representatives  of religious groups and vigilante groups, among others.