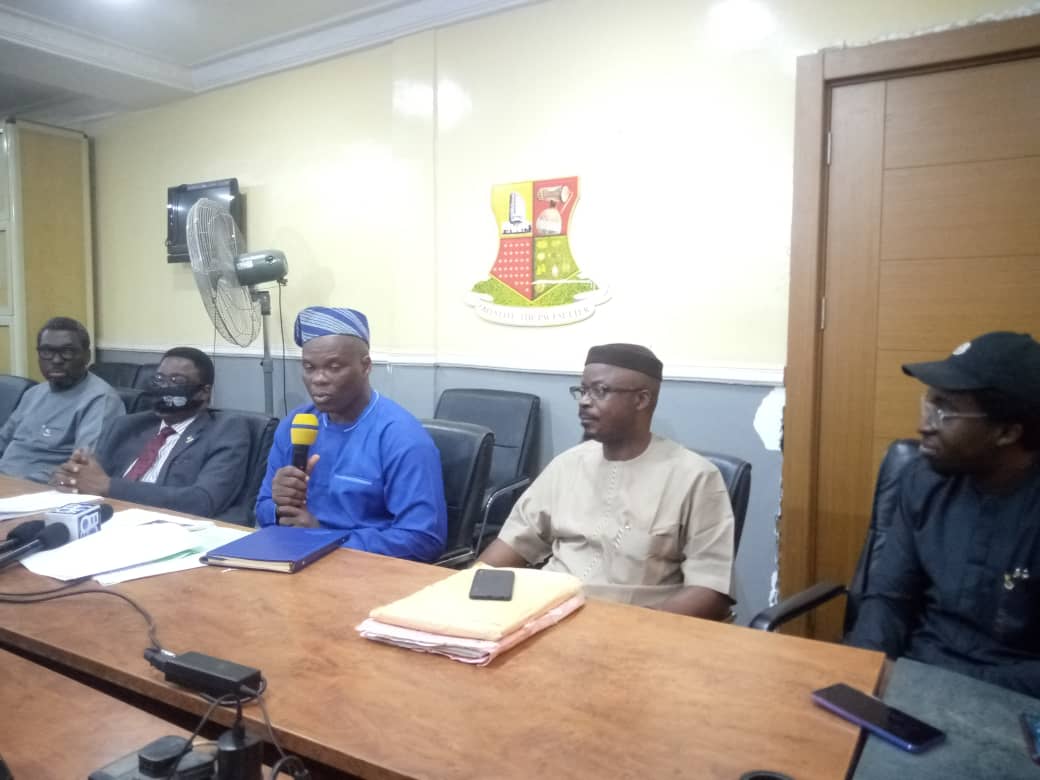 Governor ‘Seyi Makinde of Oyo State, on Tuesday, effects the payment of the Oyo State Land Use Charge by paying bills on his private properties, urging property owners in the state to follow suit by paying their Land Use Charge accordingly.

Sunrisebulletin gathered that the Oyo State Land use charge has been in existence for a while as part of efforts by the state House of Assembly to help the government of Oyo state generate additional revenue to meet its financial obligations to the people.

The Honourable Commissioner of Finance, Barrister Akinola Ojo, while fielding questions from Governor’s Office Correspondents on Tuesday noted that the Land use charge law has been in existence before the emergence of the present administration adding that what Governor Seyi Makinde did today was merely symbolic way of taking the lead as a responsive leader on a campaign for good governance.

The governor, while speaking shortly after the 11th Executive Council meeting of 2021, held at the Exco Chamber of the Governor’s Office, Secretariat, Agodi, Ibadan, maintained that the payment of the charge would help the government to generate additional revenues to develop the state in line with its mandate.

A statement by the Chief Press Secretary to the governor, Mr. Taiwo Adisa, indicated that the Executive Council also granted approvals for the commencement of the Oyo State Residents’ Registration Programme, the forwarding of three Bills to the State House of Assembly.

The bills include the State Audit Bill, Assessment and Collection of Personal Income Tax Bill and the Oyo State College of Agriculture and Technology Bill.

A take-off grant was also approved for the project, the statement said.

Olasunkanmi Olaleye and his Finance counterpart, Mr. Akinola Ojo, as well as the Special Assistant to the governor on Information Communication Technology, Mr. Bayo Akande, jointly addressed the media on the different items.

The state’s Commissioner for Finance, Mr. Ojo, while explaining the Land Use Charge maintained that the charge is not a new tax and that it “is to ensure that Oyo State has the revenues required to carry out all the exceptional projects to uplift our people from poverty to prosperity.”

Ojo said that the state government has, in the last one year, embarked on data capturing and enumeration of properties, adding that the charge, which will be paid annually, has been designed in such a way that the value of properties would determine the amount to be paid.

He added that the payment could be made over a period of time, with incentives for early payment and penalties for defaulting, saying: “At the Exco today, the governor flagged off the payment of the Land Use charge, which was one of his cardinal electioneering promises.

“The process is easy and quick. Anybody who has a smartphone can use it to take a picture of the QR code on the top right corner of the Bill. With that, you get a quick populated screen where you just need to insert some fields, capture some essential details, which is your name, email address, contact phone number and follow the prompt. And at your convenience, you can pay your land use charge bill as long as you have an ATM card and a smart phone. That is the easiest way of paying your land use charge bill.

“So, we encourage every resident of Oyo State to embrace this lofty idea and ensure that we find a way to revolutionise this state.”

Similarly, the Commissioner for Justice and Attorney-General of the State, Professor Oyelowo Oyewo (SAN), stated that the Executive Council of the state considered and approved for onward transmission to the House of Assembly, the Audit Bill, the Assessment and Collection of Private Income Tax Bill and the Oyo State College of Agriculture Technology Bill.

According to Oyewo, the Audit Bill, is an initiative of the World Bank, the Federal Government and the Nigeria Governors’ Forum and it is intended to improve the activities of the office of the Auditor-General of the state and the local government to ensure accountability and transparency.

“And this is to also improve on the services it can provide to the people of Oyo State in the educational sector including the expansion of programmes and also the standardisation of the structure we have.

“This, we believe, will impact positively on the quality and type of education that is being offered by this institution,” Oyewo added.

Speaking on the approval for the commencement of residents’ registration programme, the Special Assistant on ICT, Akande, explained that as a government that believes in using data, science and logic to drive development, the state government is embarking on the residents’ registration programme in order to develop a database that will enable it to plan better for the development and security of the state.

He noted that the state government has embarked on similar exercises for farmers, government workers and other sectors and that the results have been helpful in planning and executive of different policies, adding that the enumeration and registration of residents would be an ongoing exercise.

“Today, at the Executive Council meeting, the Exco approved the Oyo State residents registration programme. It is a programme that involves the enumeration and registration of all residents of Oyo State.

“This is in a bid by His Excellency to secure the state, so we can know the people coming into and going out of the state.

“This will also enable the government to plan more effectively. It will also help in revenue collection as we can then bring more residents under the Oyo State catchment.

“It will help the government provide more resources based on the data that we have gotten from the registration,” Akande said.