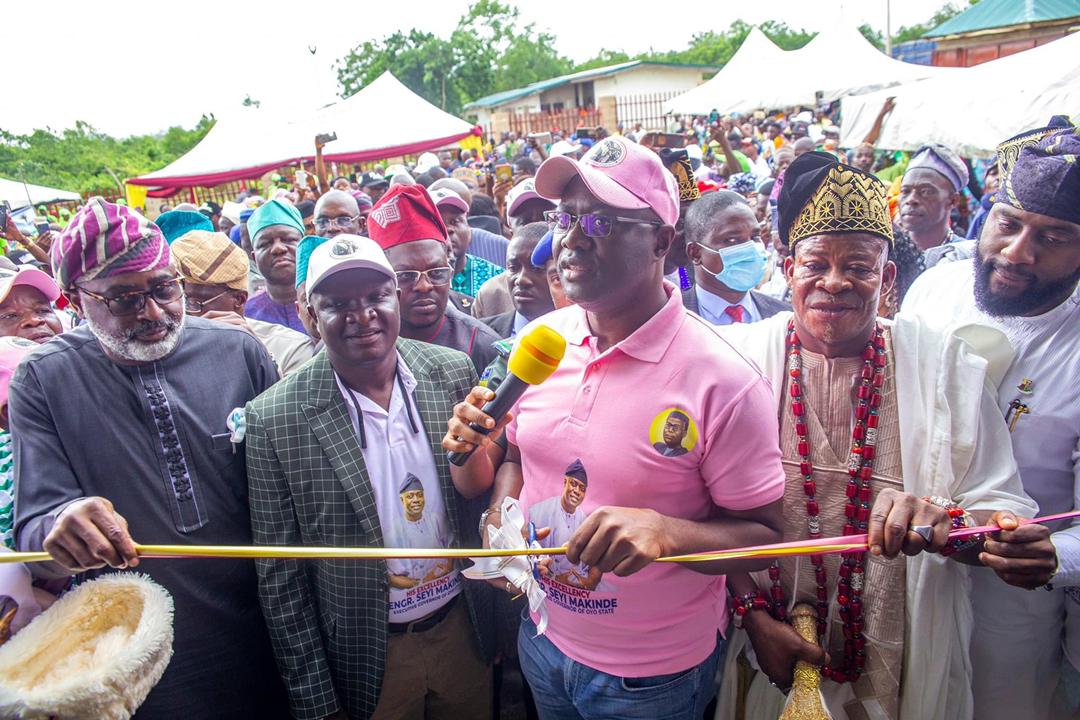 Oyo State governor, ‘Seyi Makinde, on Wednesday, said that his administration will continue to resuscitate moribund industries in the state and create value for the people from such assets.

The governor stated this while commissioning the rehabilitated/refurbished Ilaju Garri Processing Factory in Ilaju community of Ido Local Government Area of the state. 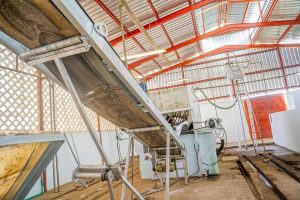 A statement by the Chief Press Secretary to the governor, Mr. Taiwo Adisa, quoted him as saying: “We are here today to commission the Ilaju Garri Processing Factory. When we came to inspect it, they told me it can process one trailer-load of Cassava on a daily basis and the only thing that came to my mind was the employment we can generate by putting it back on track.

“We know that it was the late sage, Pa Obafemi Awolowo that initiated the operation of this factory. He was the real architect of Western Nigeria, who put us in a more advantaged position over several regions that time, and we are toeing the same path in Oyo State. 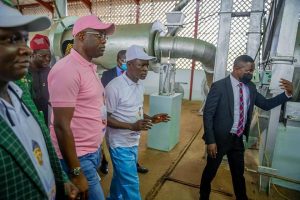 “So, when members of this Cooperative Society came to meet me, I told them we will put the factory back on track and, to the glory of God, it has happened. I told the local engineer handling the project to understudy it and if he can successfully fix the factory and make it work effectively, the work he will do next will be the brick factory at Erunmu. So, he has got another job for himself automatically as a result of what he has done.” Makinde said.

The Governor maintained that as part of his administration’s commitment to fixing infrastructure that target the economic expansion drive of the state, the government has included the Eruwa road in the RAAMP projects.

“I want to inform everyone here today that the road from Eruwa to this point has been captured in our RAAMP programme. We will fix it. I also want to tell the Kabiyesi and Baales that the contractor fixing the road from Apete to Awotan to Akufo will, by the time he gets to Akufo, turn his equipment to the right and fix the road linking Moniya. And if he turns to the left side, he will fix the Akufo road to link the Eruwa road here.

“So, I want to assure you that the Government of Oyo State will continue to resuscitate all moribund projects to create value for our people. The money you requested for, which will enhance your productivity in this factory, will be given to you because we don’t want the work to stop. “We will give you N7.5m to commence the work.

“We will give you the cheque here now.”

While speaking at the event, the Commissioner for Trade, Industry, Investment and Cooperatives, Hon. Adeniyi Adebisi, appreciated Governor Makinde’s support and policy thrust, which, according to him, “is aimed at rejuvenating the economy of the state using agriculture as a tool.

He added that Governor Makinde’s style of administration in the state has transformed the process of transacting government businesses and activities from analogue to digital, as it operates in the developed world of today.

He said: “So, on behalf of the entire management team of the Ministry of Trade, Industry, Investments and Cooperatives, I thank Your Excellency for the tremendous support given to us from time to time in all the programmes and activities of the Ministry.

“You are, indeed, laying a solid foundation that will stand the test of time for the state and this will occupy an enviable place in the annals of Oyo State.”