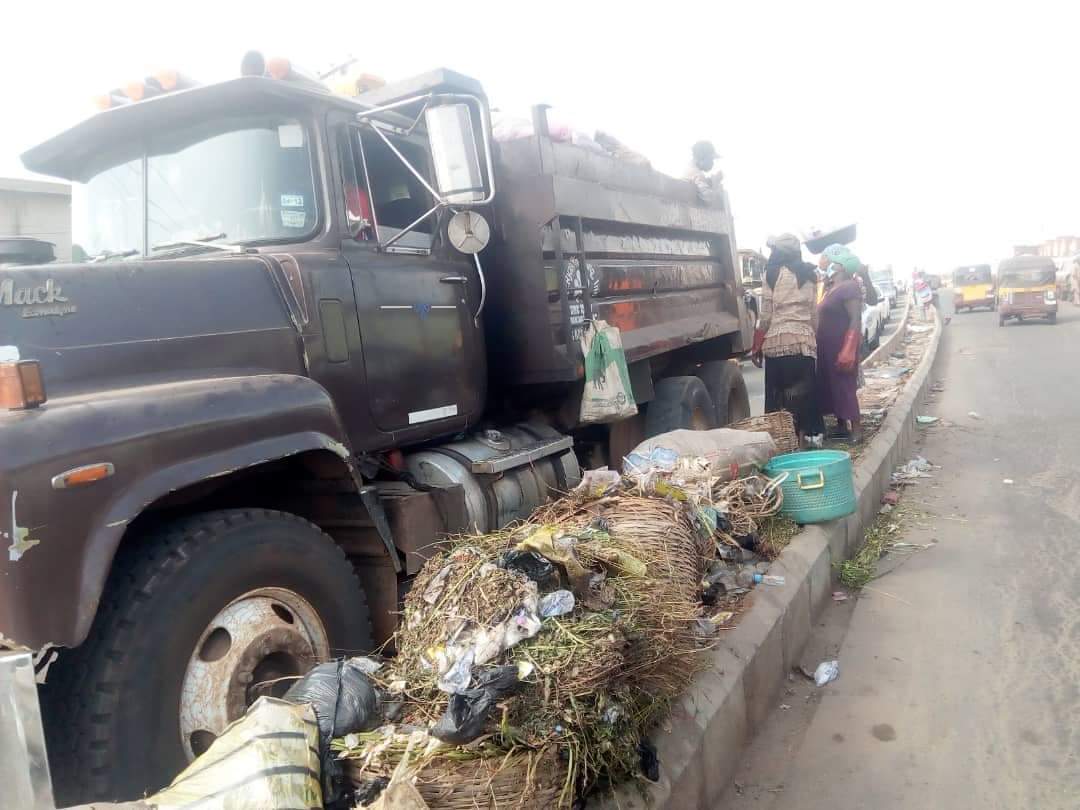 Just In: Makinde Declares Emergency On Waste Management In Oyo

The Governor, who was speaking at an extraordinary meeting held inside the Executive Council Chambers of the Governor’s Office, Agodi, Ibadan, said that waste management has become a matter of emergency which he said is the business of all political appointees, the Permanent Secretaries and the workforce.

A statement by the Chief Press Secretary to the Governor, Mr. Taiwo Adisa, quoted Makinde as saying that poor waste management could have wider implications on the state of health of individuals in the state, adding that if care was not taken, the health situation of people in the state may worsen.
He said: “I am sure that most of you must have gone through our state and have noticed that as far as our solid waste management is concerned, we are all living in the midst of filth basically. I have listened to the Honourable Commissioner for Environment and Chairman of the Solid Waste Management Authority and I am not satisfied with what I have got.

“Apart from these wastes being an eyesore, it also has wider implications as far as health is concerned, because when you have a filthy environment, all kinds of health challenges will come in. So, what has to be done is, we need to declare an emergency on our solid waste management. So, it is a big issue for all of us and we have to take the bull by the horn. We have to take leadership.

“What I have asked to be done is to, first of all, mobilize all resources possible and we will all be out this evening (Monday evening) to do the cleanup and supervise it. We will close early today and at 8’O clock, we are going to Mapo Hall. We have trucks and have mobilized workers and we will take off.”

He stated that he had last participated in such an emergency as the Head Boy of his Secondary School, Bishop Phillips Academy, Ibadan, adding that he never thought he could be leading another emergency as Governor.

He warned that no one should misconstrue the exercise for showmanship, adding that a serious issue like waste disposal has to be taken with all seriousness.

He also stated that some elements within the state have specialised in littering the streets with refuse, adding that the state government would stop at nothing to overwhelm their antics.

He said: “This is not for showmanship but a serious challenge that we have. If we don’t do it, I can bet that a few weeks down the line, we will see the impact at our hospitals. Though it’s a short term thing, we just have to do it. I have also heard that there are saboteurs who neatly arrange thrash on the median. Well, I wish them luck because we now have security personnel involved and anyone caught importing waste to Oyo State will be dealt with according to our environmental laws.

“I believe, from our projection, that within the next three to four weeks, we should have a permanent solution in place, a model that will be sustainable and that will also be full-proof for the saboteurs. Seriously, I honestly don’t understand why somebody will want to do this kind of thing to his or her own State.

“Some people said they have set some traps. Why are they setting traps? We are going to spend money, we will spend resources and spend a serious level of time to do all of these to move the state forward.

“Think about the overall well-being of the State. Let us utilize the resources that we have judiciously. I know they are sending money to import the waste. We are going to clean it up and put security on alert but that energy and money, which I know they stole from Oyo State, they should do something meaningful with it; they should create jobs for the people of Oyo State with it.”