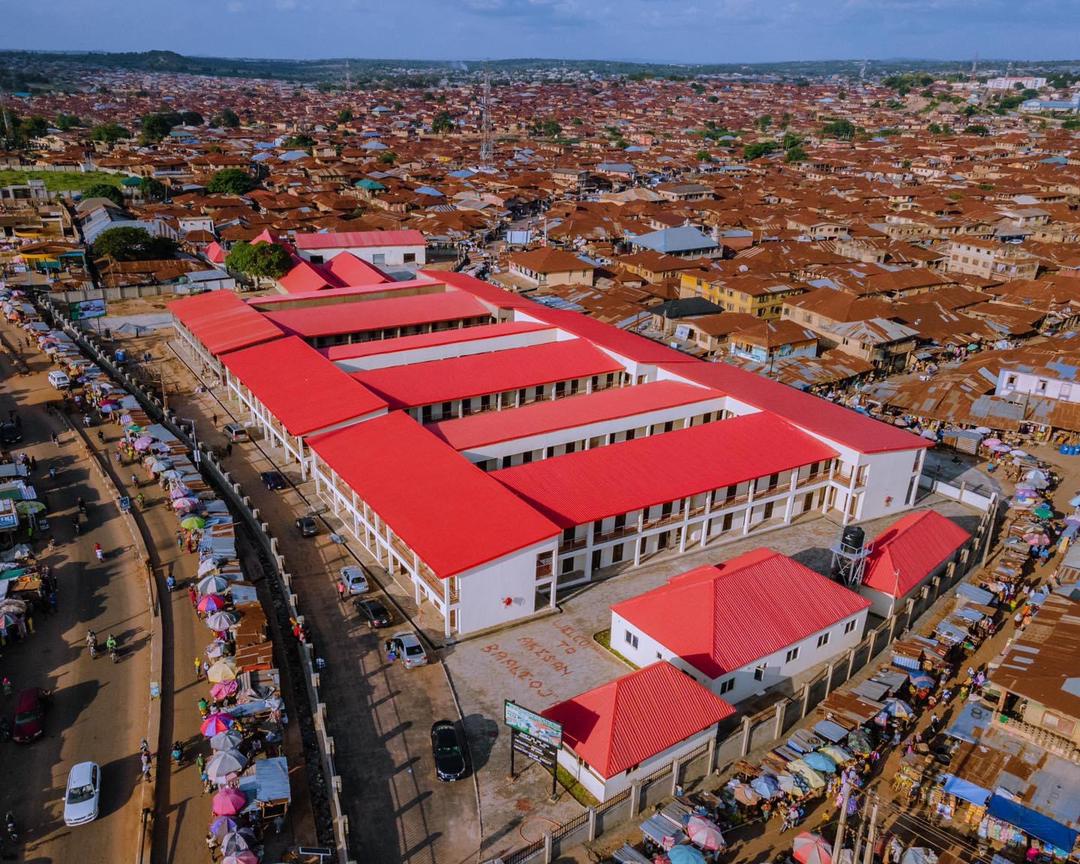 The governor while commissioning the market assured that original shop owners will first be taken care of.

He added that the market has industrial boreholes and proper road network.

While also in Oyo on Friday Governor Makinde addressed the people of Oyo at the Town Hall, Akesan. 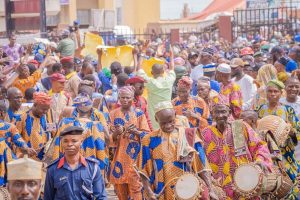 He told the people that his government would construct the Oyo-Iseyin road, while also resolving all issues delaying the take-off of Atiba FM Oyo.

He said at Akesan market: “I can never forget that day in January 2020 when the Akesan Market was razed down by the fire. It was indeed a sad day. Many of you here lost everything in your shops.

“But we made a promise then, that we would rebuild this market. We said we would do it in one year. Well, COVID-19 came, and even though we did not do a total lockdown in Oyo State, it still affected us somehow. But today, just 18 months after that sad incident, I am happy to hand over to you the newly and completely reconstructed Akesan Market.

“Let me also say that everyone who had a shop in this market will get their allocations first before other shops are let out by the developers. Are you not proud of your new market? Did we add beauty or we did not add beauty to it? So, what you have here now is 528 lock-up shops 163 open shops, three warehouses, one cold room, a police post, an administrative block, a clinic, two toilet blocks (one male and one female), two car parks, one inside and the other outside the market, four water hydrants at each complex.

“We do not pray for bad things to happen. But they say once beaten, twice shy. So, we have taken that precaution that should there be any fire, it will be quickly put out.

“We also have industrial boreholes and you can see that the roads have been properly networked and interlocked just as you expect to see in any modern market all over the world,” the governor said.

He therefore charged all the traders to take personal responsibility for the maintenance of the market.

“So, now you have your market back. It is beautiful. But you have to promise one thing. Yes, there is an administrative block here and their job is to make sure that everyone in this market follows the rules. We also have a Police post here to enforce the rules. But, if we don’t change ourselves and how we think, rules alone are not enough.

“For example, you have been given toilets. But if the toilets are not kept clean and properly maintained, it will quickly fall into disrepair and then the local government authority will start talking about increasing the prices of the shops because maintenance cost is high. So, what I am saying is that you all should take personal responsibility for the maintenance of this market.”

In his remark, the Alaafin of Oyo, Oba Lamidi Adeyemi III said: “After this market got burnt on that fateful day, we were perplexed and nobody ever thought something like this could come out of the same land again. Though, some people came to give us money but what they gave could not even build two shops.

“When Seyi Makinde came and said he would rebuild it and make it a befitting market, I was marveled. And are we not supposed to thank him?

“So, I really appreciate Governor Makinde’s effort on this. I thank him for what he has done for me personally and for the people of Oyo State entirely.”