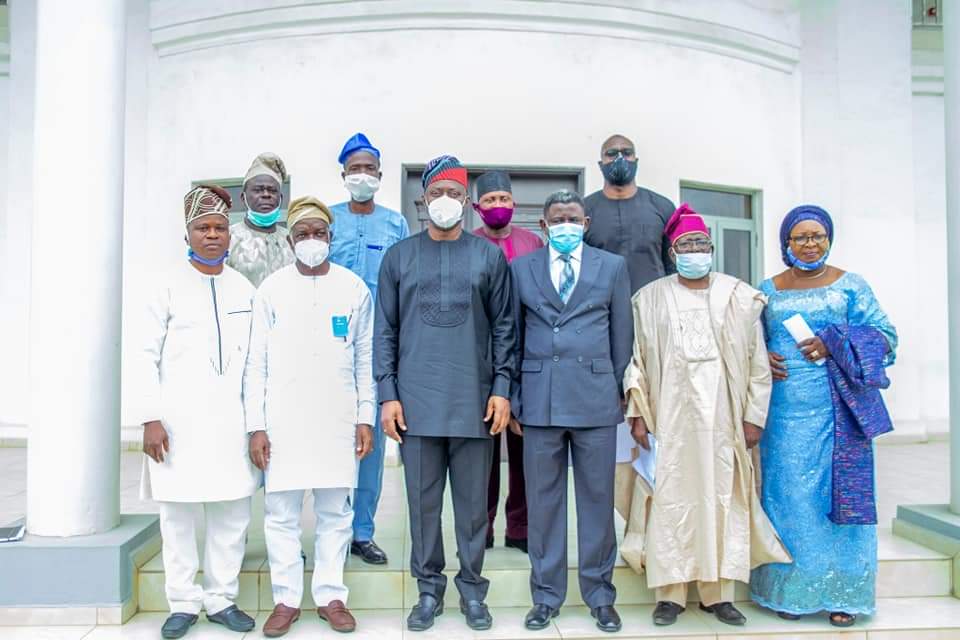 The governor stated that the commission, headed by Mr. Isiaka Olagunju, has been saddled with the responsibility of overseeing an election, which outcome will reflect the will of the people.

He charged the commission to, within the shortest possible time, make the will of the people prevail by conducting a local government election that is unbiased.
A statement by the Chief Press Secretary to Governor Makinde, Mr. Taiwo Adisa, indicated that the governor, while speaking at the Government House, Agodi, Ibadan, venue of the swearing-in, said his administration is ready to conduct the local government election, as it has allocated money for OYSIEC in the 2020 Budget.
He promised that his administration would not interfere with the activities of the commission.

He said: “I want to thank the House of Assembly for confirming you in a timely manner. I hope that you will also imbibe the sense of urgency and conduct credible local government election in Oyo State within the shortest possible time.

“We knew this would come and we already allocated money in the Oyo State Budget for this year to conduct the election. Within the shortest possible time, please give us elected officials at the local government level that are known to the constitution of the Federal Republic of Nigeria.”

Governor Makinde, who said he has not yet indicated whether he will be running for another term in 2023 or not, as it is too early to be thinking of that for now, appealed to the opposition in the state not to overheat the polity.
He urged politicians not to see elections as war or a do-or-die affair, but allow the will of people to prevail.
“Some parties said they want to unseat me in 2023.

It is okay, but I have not indicated the interest to run in 2023, as it is still too early. I may or may not. I have a second address and that is what we want to encourage in our space.
“This board will have free hand.

If they want to unseat me, it’s fine; but they should contest and win many councillorship seats as much as possible so that we can know they are really serious. I will encourage them and others to contest in 2023.

“Who knows who is going to be alive in the next hour? We are only sure of this moment. So, they should calm down. Elections should never be war or a do-or-die affair.

Election in a democracy should be about the will of the people.”
He added that members of the board are men and women of integrity with track records, admonishing them to do the work that will make people of the state proud of them.
“I believe that the mandate of this board is to conduct an inclusive election.

So, gone are the days when the governor of the state will manipulate matter so that some political parties will not field candidates. We are not here to play games.
“So, I am saying to this board that the will of the people must remain sacrosanct.

We have sent your names to the House of Assembly. We believe you are men and women of integrity. I have met one or two of you personally. It is not about the political party but the interest of the state and I believe the state will be proud of you,” he said.

Speaking on behalf of the board members shortly after the swearing-in, the chairman, Oyo State Independent Electoral Commission, Mr. Olagunju, assured the people of the state that the board will conduct a credible and transparent local government election.

He called on the people to have confidence and trust in the commission, adding that they will not be biased towards any political party and that the will of the people will prevail.
Olagunju said: “The essence of inaugurating the board is to organise and manage local government election; that is our mandate and we have to follow it.

“We were just inaugurated today. We need to go back to the office, see what is happening before we can talk about when to hold the election. It is possible this year but everything depends on the circumstances that we find ourselves when we get to the office.

“When His Excellency was inaugurating the commission, he gave us the mandate that we must ensure that the will of the people prevail and that it is sacrosanct. So, we want to assure the people of Oyo State that we will conduct a transparent, credible and acceptable election.
“I can also assure that people will have confidence and trust in the commission.

It will be our joy that all political parties will participate in the election process. The governor has also said that we should not favour any party, because he is not in support of impartiality.”

The swearing-in was attended by the Deputy Governor, Engr. Rauf Olaniyan; Secretary to the State Government, Mrs. Olubamiwo Adeosun; Chief of Staff, Chief Bisi Ilaka; Head of Service, Mrs. Ololade Agboola and other cabinet members, as well as chieftains of the PDP in the state, led by the chairman, Alhaji Kunmi Mustapha.