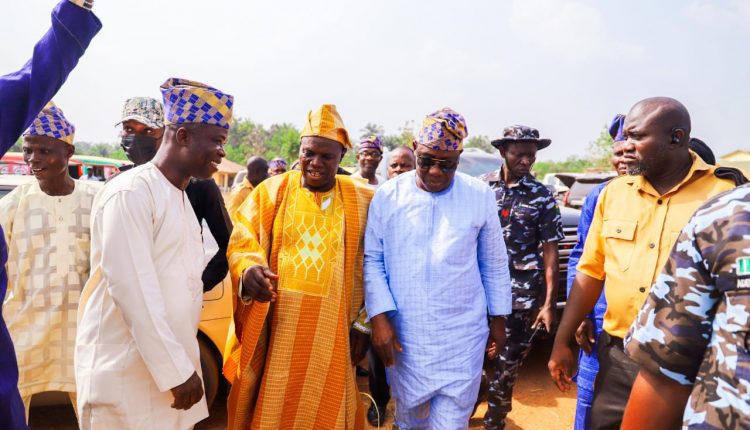 Oyo State Deputy Governor Barrister Bayo Lawal has restated the commitment of the Seyi Makinde led administration to the welfare of traditional rulers in the state.

He gave this assurance at the 7th edition of Igbo Elerin day celebration on Saturday.

The event also featured the installation of prominent sons and daughters of the community with various chieftency titles including Engr. Daniel Ajuwon a Full time member of the Oyo State Housing Corporation who was installed as Aare Aagba Akin of Igbo Elerin.

Lawal reiterated that the Makinde Administration will continue to promote the traditional institution, while also ensuring that the infrastructural development of each region in the state is given the needed attention.

He noted that Governor Makinde who was in the community a few days back to campaign for his re-election, will fulfil every promise he has made.

The deputy governor who is the Bamofin of Kisiland, also congratulated the conferees for been found worthy, amongst who is Engr. Ajuwon the new Aare Agbaa Akin of Igbo Elerin whom he described as an astute politician deserving of the honour bestowed on him.

Ilaka Mourns The Demise Of Chief Imam Of Oyo Land, Describes His Death As A Personal Loss.