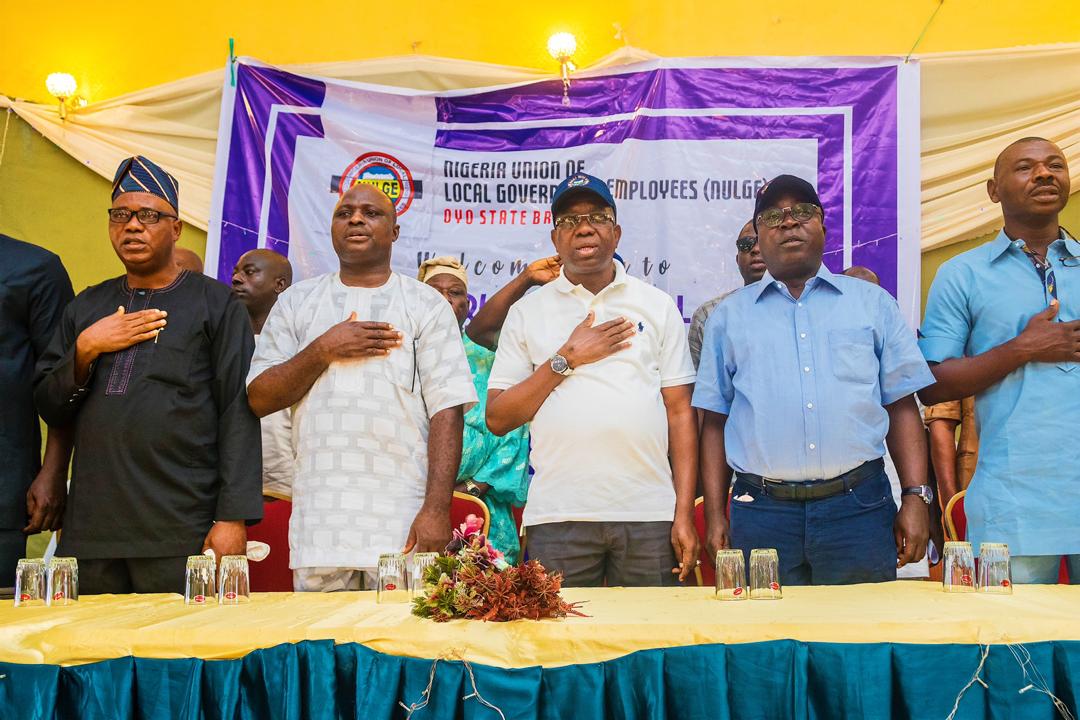 Governor Seyi Makinde of Oyo State has said that the Nigeria Union of Local Government Employees NULGE, deserves autonomy if the dividend of democracy will be extended to the grassroot, saying that they are the nearest to the people in the grassroot.

Speaking through his Deputy, Engr. Rauf Olaniyan, the governor said his administration will do everything possible to ensure Local Governments in the state are independent constitutionally, adding that NULGE autonomy is inevitable. He therefore pledged that his administration will not in anyway impose on NULGE but will allow them to perform their civil duty accordingly.

He reiterated that his government is workers friendly therefore he will not do anything that will hinder the welfare of workers in the state noting that if any government will deny workers their rights it can not be his administration.

Governor Makinde assured that the council’s resources will not be in anyway hijacked by government during his administration stressing that he will continue to govern with the fear of God.

In his welcome address, the Nigeria Union of Local Government Employees NULGE as well as the State Chairman, Nigeria Labour Congress NLC, Comrade Bayo Titilola-Sodo, commended Governor Makinde for his giant stride and ensuring a new Oyo state, pledged that the workers, most especially NULGE will be forever grateful to the Seyi Makinde administration.

He said in just few months of the present administration, about 11Bn has been in the Local Governments’ confers noting that as soon as Local Government Chairmen are put in place the money will be released for local government development.

The NULGE President urged the present administration in the state to consider training for its members as this will improve their productivity. He however pledged the union’s continued unalloyed support and ensure workers reciprocate the qualitative Leadership been entrenched into the system of governance by governor Seyi Makinde.