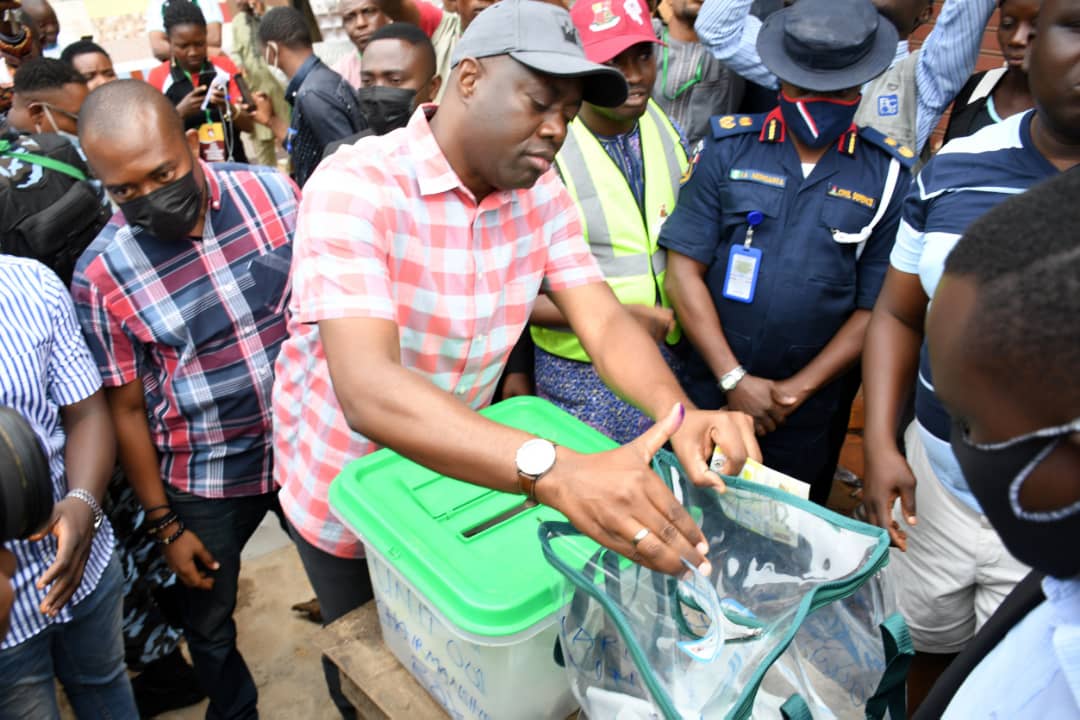 The Oyo state Governor, Engr Seyi Makinde, has casted his vote in the ongoing Local Government elections in the state and has assured that going by all the pre election arrangements and measures put in place by the Oyo State Independent Electoral Commission, OYSIEC, the election is billed to guarantee, fair, and transparent outcome.

The Governor who voted at Ward 11, Polling Unit 1, Abayomi Open Space, Abayomi Bus stop in Iwo Road, Ibadan, on Saturday May 22, expressed his happiness over the massive turn out and peaceful conducts of voters at the voting centre noting that voting during elections is a civic right and duty of Nigerians. 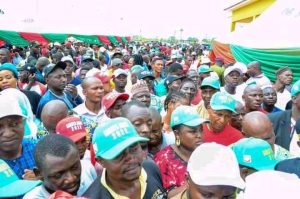 “I am quite happy about what we have seen so far because the people are doing what they are supposed to do.

“The security agencies are there and doing their work. From what they have told me, there is nothing overwhelming as they are on top of the situation.

“My message to the good people of Oyo State is, first, this is a process. We will throw up some people and it is not the end in itself but a means to an end. The end in democracy is good governance for Oyo State. The people must be eternally vigilant. 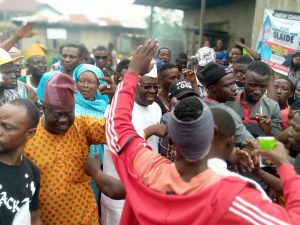 “Even though people are being elected today, we have to hold them accountable just like I am being accountable at the state level.” Makinde said.

Meanwhile, voters have defy the early morning rain which many had thought would deter the voters from going out to vote.

Reports from parts of other local governments visited by sunrisebulletin such as Lagelu, Ibadan North, Oluyole, Ibadan, Ibadan North East, and Ibadan South West indicated massive turn out of voters who were seeing conducting themselves in peaceful and orderly manner.

Some of the voters who spoke with sunrisebulletin expressed delight over the exercise noting that the exercise was peaceful devoid of the usual harassments, vote buying, and other election malpractices at voting centres during elections.

As of press time, voting is still ongoing across all 33 local government areas and no incidence of violence or disorderliness has been recorded so far. The voting exercise is however, expected to be concluded by 3pm after which votes counting will begin.

LG POLL: All Political Parties In Oyo State Except One Participating In Council Elections