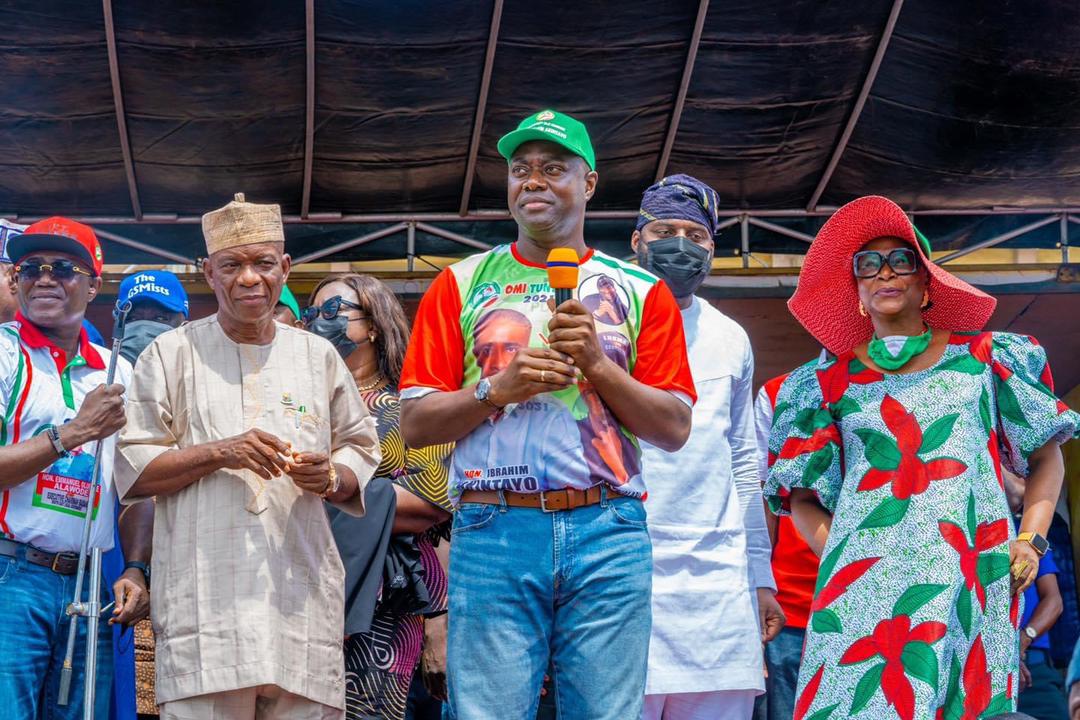 The leadership of the African Democratic Congress (ADC) in Oyo State has said that regardless of Political differences, Oyo State Governor, Engr Seyi Makinde is doing creditably well and has declared that efforts by the All Progress Congress (APC) to truncate the Saturday 22nd May Local Government election in the State would be in futility.

The duo of Senator Monsurat Sumonnu and the State Chairman of ADC, Hon. Adeoti Babatunde, stated this in Ibadan on Thursday, stressig that the party is solidly behind the governor in his stride to develop the State as long as it is convinced of Makinde led government’s genuineness of purpose.

Hon. Adeoti said it was clear that the main opposition party in Oyo State could not summon courage to contest in the election despite the invitation extended to them by the Oyo State Independent Electoral Commission (OYSIEC) among other parties.

He retorted that of the eighteen political parties in the State, only APC opted out of the election, as the remaining seventeen showed interests to field their candidates for the positions of local government chairman and councilors.

“The effort to go to court to stop the local government election is in futility, where were they when the OYSIEC was mobilizing parties and other stakeholders to partake in the election, they said they were waiting for the Supreme Court’s judgement, the judgement came and now they are asking that the election date be postponed, it is not done anywhere that way.

“You cannot eat your cake and have it, the field was thrown open for all political parties to partake but they preferred not to take part at the right moment, they are not the only party in Oyo State.”

The Chairman who spoke with reporters at the final day of the State campaign of the party, which held at Ayeye, Ibadan North-West Local Government, Ibadan said members of ADC in Oyo State were proud of Governor Seyi Makinde for taking Oyo State to an enviable height among other States in the federation and called for continued support for the present administration to further succeed.

In her remarks while speaking with ADC party faithfuls, Senator Monsurat Sunmonu said herself and other party leaders in the State gave their support to Governor Seyi Makinde to continue the good work he has started doing since the inception of the administration in 2019.

She said the likes of Chief Michael Koleosho, Alhaji Saka Kareem, Chief Anibiire and other leaders of the party from the 33 local government areas of the State were of the same opinion with her in giving Makinde the party’s support, thereby passing a vote of confidence on the governor.

“If you go to Baba Koleosho, Baba Saka, Chief Anibiire and other leaders of the party in the 33 local government areas, they will say the same thing I just said, no one has personal opinion on the party, it is a collective support.

“That they went to court is funny, I was a former Speaker of this State and also a member of APC then, throughout the eight year period that we ruled, we did not hold local government election till the tale end of the administration and we in the Unity Forum then went to court to challenge the election because it was not with good intention of major party members, but the court threw the case away.

“The State cannot be wasting its resources after mobilizing all parties for the local government election and putting all machineries in motion to now go back again, they cannot come with anything good from their legal escapade.”

ADC and some other parties entered into coalition with the People’s Democratic Party (PDP) in the build-up to the 2019 governorship election, which gave Engr. Seyi Makinde victory as the governor of the State.

Highlights of the final campaign rally include the presentation of councilorship candidates under the party to the people and special prayers for the Seyi Makinde-led administration by members of the party.