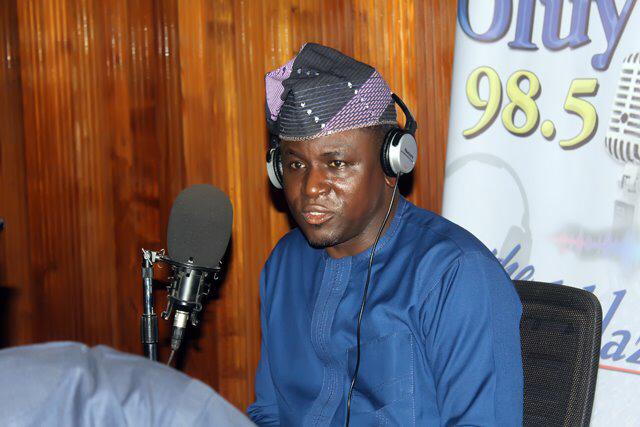 The Chairman of the Oyo State Independent Electoral commission, Aare Isiaka Abiola Olagunju has emphatically stated that he is of the belief that the state’s Governor Seyi Makinde will not wish to manipulate the fast-approaching local government elections in the state.
He submitted that the governor has never hidden his determination to ensure that the polls are conducted freely and fairly.

Aare Olagunju, who just got named as one of those to be sworn in on December 14, 2020 as Senior Advocates of Nigeria revealed all these while featuring on a weekly radio show, ‘Parrot Xtra Hour on Radio’ anchored by Olayinka Agboola and broadcast live on the Broadcasting Corporation of Oyo State’s Oluyole 98.5 FM Ibadan, the state’s capital on Tuesday evening.

Olagunju also said that the Seyi Makinde-led government is committed to ensuring the conduct of credible local government election in the state while affirming that a level playing ground will be made available to all candidates irrespective of party affiliations.

“Those doubting His Excellency’s sincerity will be shocked because old things have passed away. I don’t believe he will do like others. Engineer Seyi Makinde is a sincere man who is dead serious to change the status quo. He said he will make sure the election is free. I believe him. I will never preside over a one-side election. Why will I want my name to be dragged in the mud? I have absolute faith in God that He will be with us as we carry out our assignment.

Olagunju also revealed how he got to become the chairman of OYSIEC saying “I am not His Excellency’s friend. Yes, we attended the University of Lagos together but we never met. He just summoned me one day and I went to meet him only to be told that I should become the chairman of OYSIEC. I am a complete bar man, a committed member of the Nigerian Bar Association. In fact, I have served the bar in different capacities. I recently left office as the Secretary General of NBA. So, you will understand where I am coming from.”

Olagunju then went ahead to assure residents of the state of the impartial nature of OYSIEC under him while emphasizing that all votes of the electorate will count during the conduct of the elections.

He said “We are going to be transparent in the electoral processes and all votes of the people must count, we are not going to allow politicians to induce us with baits as we are determined to conduct a credible election. God will uphold us.”
He, however, charged all politicians to allow internal democracy to prevail in their various political parties adding that this is actually where democracy comes to play. He reaffirmed that democracy is very important at the grassroots level as it will hasten even development in the state.

The yet-to-be-sworn-in SAN also took time to talk about dispensation of justice in Nigeria.

According to him “the challenges facing the judiciary in the country is known to us all. All I can say here is that I will wish to call for a concerted effort from the stakeholders to rise up to the challenges. The government, the counsels and the bench must all be involved in the search for solutions”.

UK Approves Pfizer-Biontech COVID-19 Vaccine For Use, First In The World