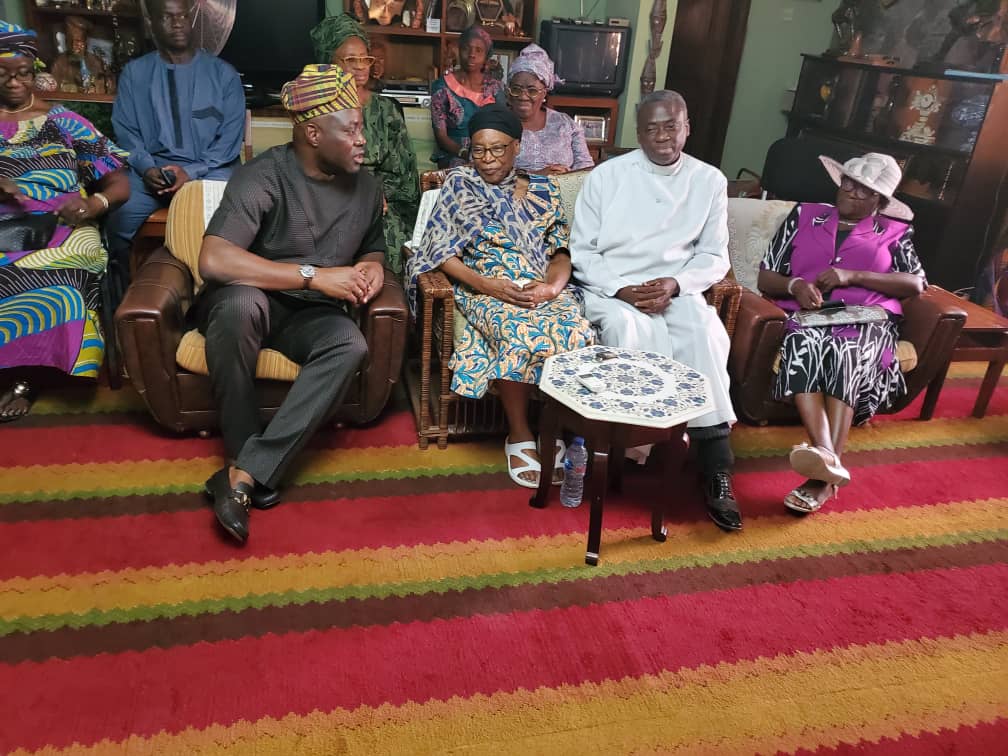 Lekan Are’s Burial Will Be A Celebration Of Life: Gov. Seyi Makinde

Oyo State Governor, Engineer Seyi Makinde said on Sunday that the late Ibadan-born business mogul who also served as a Director of Punch Newspapers, Dr. Lekan Are ran a good race in life and left indelible footprints on the sands of time.

Governor Makinde, who paid a visit to the Ring Road home of the Ares, on Sunday, said that his government would make his burial a celebration of life.
He promised to deploy the Commissioner for Special Duties, Chief Bayo Lawal to liaise with the family to firm up the burial plans.

“Anyone who is of his age already collected a visa to the other side,” Governor Makinde told the widow, Olabisi, while addressing family members.

He further said: “Dr. Are contributed immensely to the economy of Oyo State through education, hospitality and Journalism. We will make his burial a celebration of life.”

While paying condolence to the late Are, Governor Makinde said that the late businessman came, saw and conquered.
The Governor wrote in the condolence register: “Papa, you came, you saw and you conquered in the field of humanities, education, journalism and hospitality businesses.

“You were a benchmark for generations yet to come. You will be sorely missed. Goodnight Papa.”
While speaking to newsmen at the premises of the late businessman, Makinde said:  “We want to thank God for Papa’s life. He lived a fulfilled life and it’s for us to actually celebrate him.”
Dr. Are died on Saturday, at University college Hospital (UCH), Ibadan.

The Governor stated that Dr. Are’s contribution’s in the field of Humanities, Education, Journalism and Hospitality businesses cannot be quantified.
“We all can see the impact he made in education, journalism and even in hospitality business. So, papa has run his own race and those of us left behind should follow the path he has laid,” Makinde said.
According to him, Dr. Are was a benchmark for generations yet come to emulate.