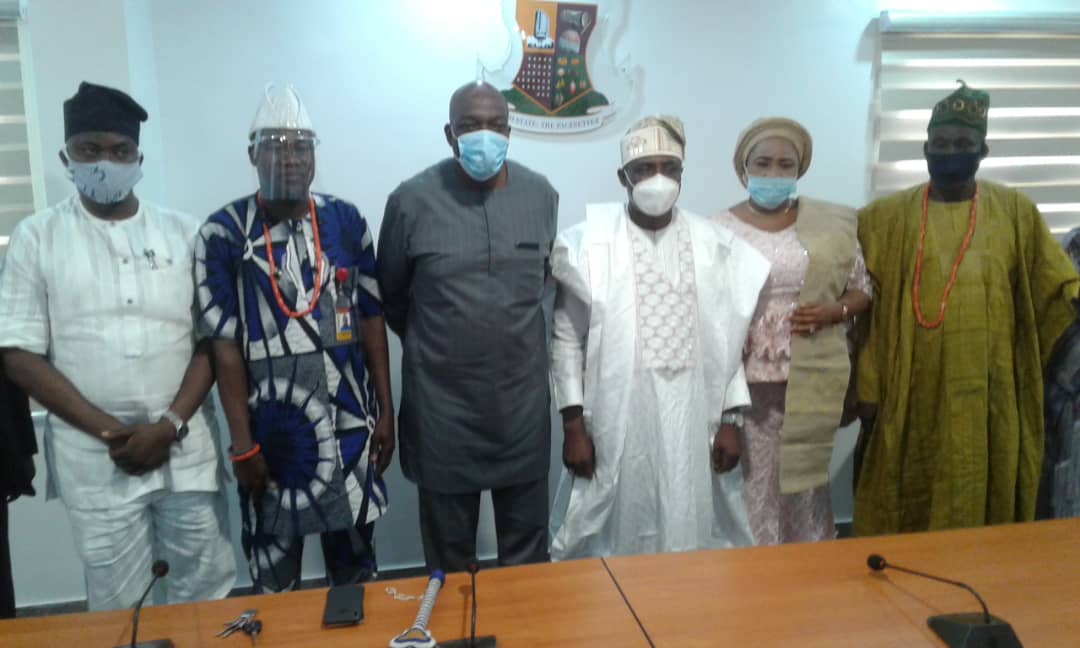 Leader of the Yoruba community resident in Kano state, Asiwaju Muritala Alimi popularly known as Otisese, has joined his voice with other Nigerians to commend the executive governor of Oyo state, Engr Seyi Makinde, over development of critical infrastructures in the state including move to upgrade Ibadan airport to international standard.

Asiwaju Alimi, gave the commendation while a speaking with governor’s office correspondents on Tuesday shortly after a brief meeting with the representatives of Oyo state government led by the Chief of Staff to the governor, Chief Oyebisi Ilaka, at the conference room of the state Head of Service (HoS).

He noted that the new face of Ibadan was an attestation to the commitment put to work by the Seyi Makinde led government stressing that the environment now beckons at investors from across the globe to quickly take advantage of the state’s numerous resources.

Speaking on behalf of the state governor, Chief Ilaka explained that the present government has invested so much in development of its critical infrastructures as drivers of the state economy.

He said that the four cardinal points upon which the present administration is built which include free and quality education, quality healthcare system, infrastructural development, improved security as well as development of its economy using agribusiness revolution were strategically designed to quickly restore the state back on the path of economic prosperity.

He explained that the state governor, Engr Seyi Makinde, remains committed to the development of the state which was why approach to projects and programs implementation have been to set the state on the path of infrastructural development which will convince investors both local and international to choose Oyo state as their investment destination.

Asiwaju Alimi, while speaking earlier, expressed satisfaction at the giant strides taken by governor Seyi Makinde and his commitment to serve the state with a genuine heart which is evident in his transparent and all inclusive approach to governance.

He explained that most Oyo state indigenes residents in Kano are doing well and maintained cordial relationship with both Kano indigenes and government adding that the news of what the governor is doing in the state among the Yoruba community in Kano state has been resounding and very impressive.

He added that one of the discouraging factor for most Oyo state sons and daughters living in the north and wished to bring their investments home is absence of an international airport in the pacesetter state, noting that Makinde’s investment in the state road infrastructures has created a consciousness in the minds of most businessmen around the country particularly in the North.

He lamented that anytime he had to visit Oyo state through flight, there was always the problem of having to connect Lagos before adjoining to Ibadan which he described as very stressful and unpleasant adding that the proposed airport expansion will make it easy for fast and stress free transit from the north directly to Oyo state.

Asiwaju Alimi, who is an electrical engineer and specialized in sales, installation, and repairs of electric power transformers, stressed that his determination to contribute his quota to the economic development of Oyo state made him channelled parts of his businesses back home and settle it in Ibadan which has since been doing well.

He thanked the governor for the warm reception and pledged to take the message of hope to all Oyo state indigenes in the north and also avail himself to the state government in any capacity towards making more contributions for the economic advancement of Oyo state.

Earlier, Honourable Femi Josiah, in his welcome address explained that the present government under the leadership of Engr Seyi Makinde is very particular in harmonious coexistence among all ethnicities resident in the state which was why so much attention is given to building a strong community based relations between the government various communities across the state.

He said that for the first time in the history of Oyo state, Hausa community and Igbo community now have representatives in the state cabinet in form of Special Assistants to the governor.

Hon Josiah therefore, urged the guest to take the message of hope to all Oyo state indigenes resident in Kano to return home and invest in the Oyo project adding that the needed infrastructural facilities for businesses to thrive are now in place.

Mrs Sarumi, also expressed readiness to collaborate with the leadership of Yoruba community in Kano stressing that the state government is interested in their welfare and wellbeing.