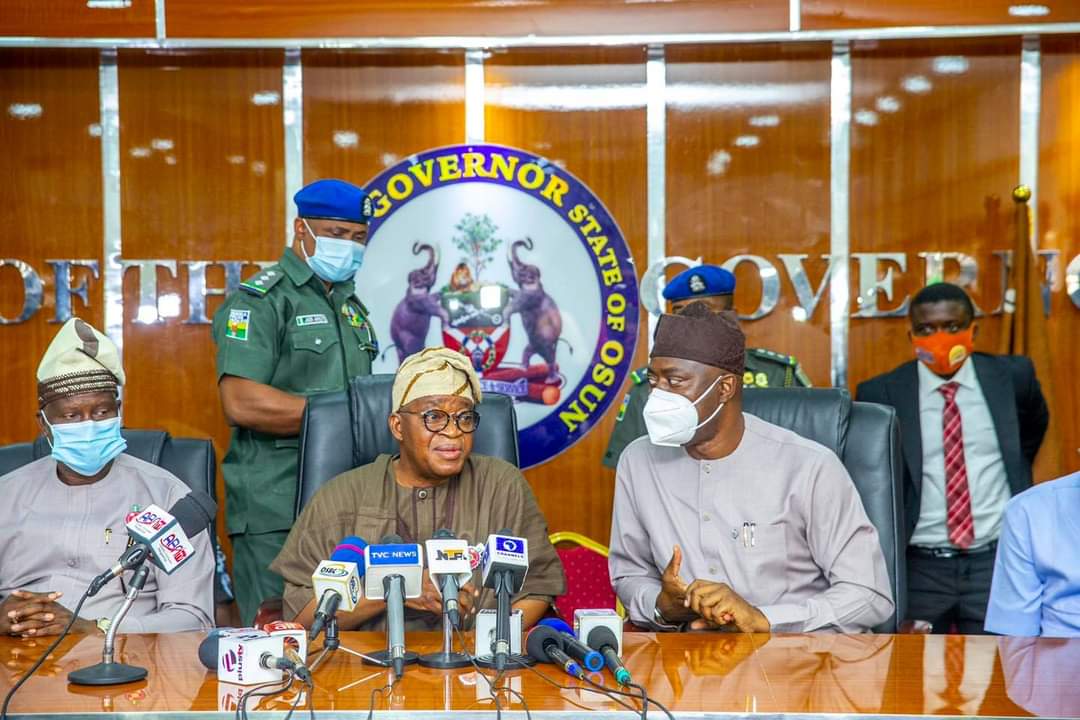 Oyo State Governor, Engineer Seyi Makinde, said on Monday that politics and other considerations cannot distract him and his colleague governors in the South-West geopolitical zone from cooperating to ensure development of the zone and Nigeria.

He warned naysayers and detractors to quit trying to drive a wedge between him and other governors, adding that such persons should look elsewhere.

According to him, politics and party affiliations will not cause a division among the governors.

Governor Makinde stated these when he paid a thank you visit to his counterpart in Osun State, Chief Gboyega Oyetola, over the amicable resolution of the age-long ownership crisis which had rocked the Ladoke Akintola University,(LAUTECH), Ogbomoso, for years.

Governor Makinde added that Oyo and Osun States demonstrated that an amicable resolution of the seeming intractable ownership crisis was possible and that the decision would ensure that LAUTECH returns to the pinnacle of excellence, which it was renowned for, years back.

A statement by the Chief Press Secretary to the governor, Mr. Taiwo Adisa, indicated that the governor stated these while speaking at the Executive Chamber of the Osun State Governor’s Office.

The statement added that Makinde commended Governor Oyetola for the statemanly role he played in the process.

This was as the Osun State governor also expressed confidence that Makinde would implement the MoU on the resolution of the LAUTECH ownership to the letter, declaring that the Oyo State Governor is a man of honour. 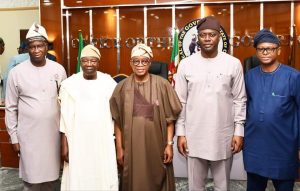 In his speech, Governor Makinde maintained that a lot of people had been reading wrong meaning into the recent dissolution of the joint ownership of LAUTECH, describing it as being against the spirit of regional cooperation.

He said, however, that  the decision by Oyo and Osun States to have a divorce over LAUTECH ownership would pay off in the long run.

“To the naysayers, they should look for other things that will divide us. Politics has not divided us. Party affiliations did not do that. LAUTECH did not do it. And we will continue to cooperate for the progress and prosperity of both states, our zone, and our country,” he said.

According to Governor Makinde, the visit to Osogbo was to appreciate Oyetola for the role he played in the process that led to the amicable resolution of the issue, noting that without Oyetola playing that role, the problem could not have been solved.

He said:  “I came here to basically thank my brother, Governor Gboyega Oyetola, for the  role that he played, which eventually led to us being able to resolve the LAUTECH issue.

“So, I came to thank Governor Oyetola. Without him playing that role of being a statesman, we could not have solved the problem.

“There have been a lot of thoughts, insinuations out there in the Press but what we have both done is to put the interest of our children that are students of that university over and above politics, partisanship and ego. Yes, somebody said that we failed because, in the spirit of regional integration, oneness in the region, we should have been able to jointly manage the institution. “And I said that position was well-thought-out and lucid but they missed the point.”

“In the middle of that, the institution was closed down for several years. And I said to those people that there are several ways to skin a rat but what is important is, we want to get results. We want to get our children back to school. We want to get the university to a point where it can fulfill its original mandate, which is to train graduates that will be impactful in our environment, in our state, in our region and in our country.

“So, what both of us have done is to come together to say that this problem has lingered over several years, over several regimes and we have had different players. When it started, it was PDP and PDP in Oyo State. Later, it was APC and APC. But now, PDP and APC solved the problem. So, for us, we are all winners.”

The governor also appreciated the Osun and Oyo States teams led by Emeritus Professor Olu Aina and Professor Deji Omole, noting that the work they did and the roles they played in resolving the issue would be appreciated by generations to come.

The governor further noted that that there would not be any discrimination against Osun State indigennes in LAUTECH, explaining that students from the two states will continue to have the privilege of owner-states.

“So, both Osun and Oyo States students there will continue to have the privilege of the owner-states. There will be no discrimination. The field structure is the same and the products of LAUTECH, whether from Oyo or from Osun, we look forward to them contributing immensely to the progress and development, not only of Oyo and Osun States but of Nigeria because that is the mandate of that university.”

In his remarks, the Osun State Governor said that the disengagement of Osun from LAUTECH ownership was done in a painstaking process midwifed by the NUC, which lasted for almost a year, noting that the decision was taken in the interest of students, staff of the university and all stakeholders.

He maintained that he and Makinde put politics aside to address the ownership issue in a way that would take care of the interest of the two states.

He noted that while Oyo would have sole ownership of the institution, the chances of students and staff of Osun origin would be protected.

“It was good enough that we have decided to have joint ownership of the University but, sometimes, you have issues of funding, management. We have a marriage that is not working, you don’t keep it until the marriage dies naturally. You seek divorce voluntarily and it is a win-win situation for the two states.

“So, if people say they are not happy, they are not happy because they don’t understand the intricacies involved in joint ownership. The students have had cause to suffer a lot through issues of crises of management. Sometimes, politics come into it, especially when you don’t have the same party in the two states.

“There is no year that we didn’t have a crisis in LAUTECH for the past 15 years. Must it continue to be in crisis? No. So, there is a need to take decisions when it is desirable to do so,” Oyetola said.