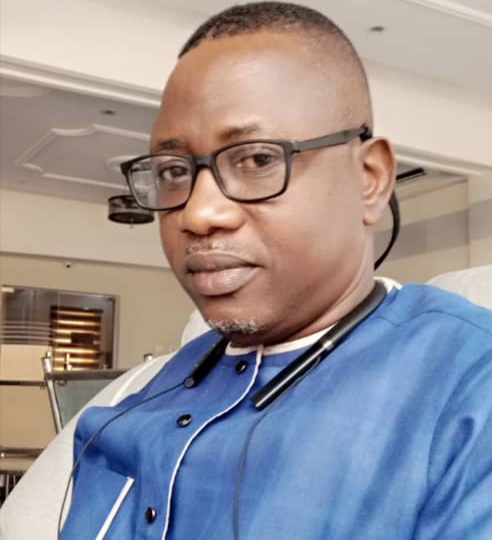 Please permit me to make this a rejoinder to the official press statement by Oyo APC on the ceding of LAUTECH to Oyo State. It was about mid-day on Friday when the news of ceding Ladoke Akintola University of Technology to Oyo State by the National University Commission broke out.

The predominantly youthful population of the State broke out in spontaneous ectasy to celebrate the delivery of the much desired divorce of the union of the two states of the ownership of the institution.

As laudable and worthy of celebration this giant stride is, it is preposterous and very immature to see a political party make attempts to dampen the excitement of the people in other to hit the ruling party and score Gov Makinde low at every point.

I must appreciate the comment credited to Chief Niyi Akintola SAN and very few in the fold of Oyo APC who commended the Governor of Oyo State for this great feat because it suggests they are not all Lilliputians and myopic in the party. I have wondered after seeing the trend on the social media that Oyo APC members are giving the glory to Osun state Governor rather than the Oyo State counterpart but I could ignore such immaturity because commending something good in your opponent doesn’t make you a loser or unpopular, it only shows you know and appreciates something good.

In this particular instance, we can say the majority of Oyo APC members don’t know what is good for the people of Oyo State.

LET’S ASSUME AKALA STARTED THE PROCESS TRULY: The claim that Akala started the process sounded like an afterthought and prevarication but let’s assume the party spoke the truth for the first time: Akala was the Governor of Oyo State from 2007 to 2011 and it was Chief Olagunsoye Oyinlola that was the Governor of Osun state then, both of the PDP but still couldn’t accomplish this feat.

Governor Aregbesola came in 2010 and Late Governor Ajimobi came in 2011, both of the APC and of the Jagaban clan, the Pro Chancellor of the institution but that was the worst years of the formerly very great institution.

Instead of channeling the resources and strength to own the institution since Oyo APC claimed it has location advantage, the former Governor Ajimobi only built a new institution and left LAUTECH to die a natural death.

So, Akala started the process but FAILED to complete it in four years? Ajimobi met the process but abandoned and inflamed it’s extinction for 8yrs even when APC was the ruling party in both States and Asiwaju Bola Tinubu was the Prochancellor? Then in 2018 when the PDP governorship candidate was making promise of working to make the sole ownership of LAUTECH Oyo State, no one challenged him not to bother since the process has started already but they condemned him then that it was impossible; what Oyo and Osun States couldn’t fund under the great Ajimobi, where will they get the money to fund it.

So, if you don’t know how a shameless and callous political party looks like, then you’ve not met the staunch members of APC.

WORD OF ADVICE: To those of you who must condemn the good so that your opponent won’t score any point, learn to commend things that the populace love and use them instead to score cheap point that you recognize quality things that are beneficial to the people and give further admonition just like Chief Niyi Akintola SAN did.

Meanwhile, I don’t ever pray you yield my advice because your party is known for power mongering without meaningful positive impacts on the people just as it’s happening at the federal level. President Buhari spent over a decade to chase presidency without any clear vision but only brought untold hardship to the nation.

OUR DEAR YOUTHS OF OYO STATE, now you understand why qualitative education was a big deal understand the administration of APC in Oyo State because they are adverse to good things and would not pursue the good of the people despite being boisterous.

Imagine a state chapter of a political party signed a press release by Assistant Publicity Secretary, Prince Adeyemo that Gov Makinde is known for fake promises; someone that made a public promise about LAUTECH and now came pass and was even magnanimous to appreciate the roles played by Gov Gboyega Oyetola and NUC?
Congratulations to Governors Seyi Makinde and Gboyega Oyetola of Oyo and Osun states respectively for this great feat.

I rejoice with the current students of this institution, the Staff and the Alumni who have had to be more conspicuous in the struggle for the liberation of the institution.

Well, APC should know it is too late to puncture the excitement of the people of Oyo State and hit the ruling party below the belt, the referee has blown the whistle and the people know they have won already.

Thank God for delivering our people from the shackles of APC in Oyo State.

5 Feared Dead As Bandits Invade Mosque In Zamfara, Kidnap Imam, Over 30 Others During Jumat