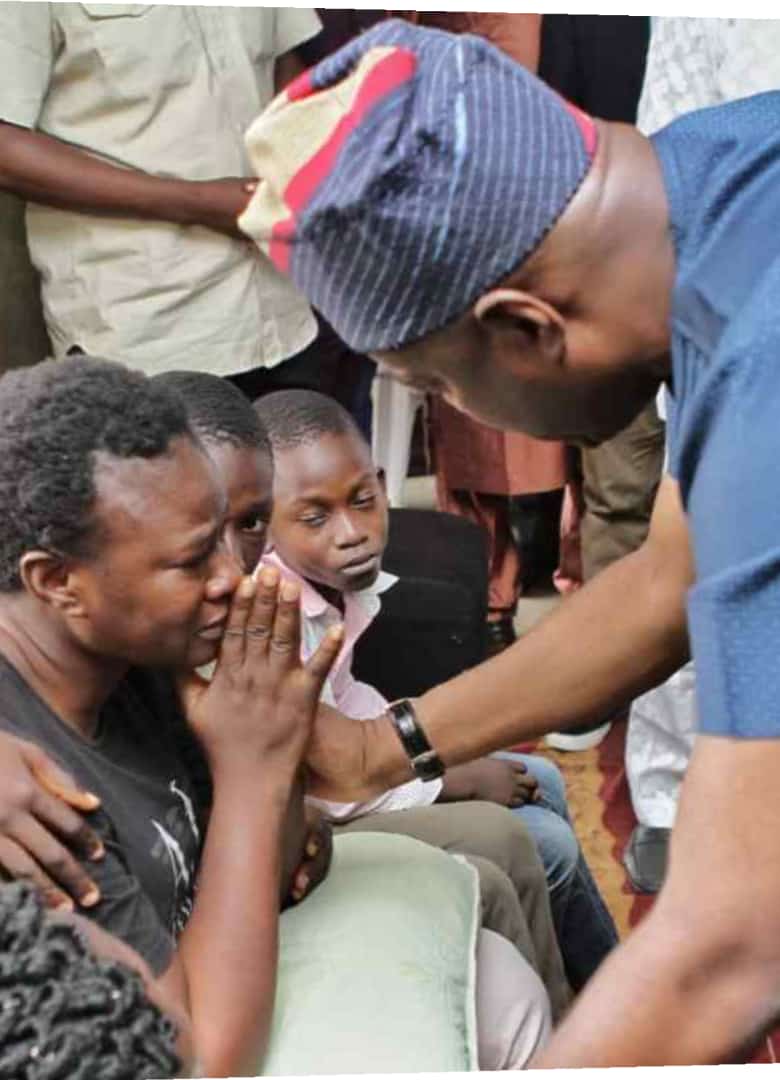 The executive governor of Oyo state, Engr Seyi Makinde has on Saturday made out time after his quarterly statewide interaction on television, to personally visit wife and children of late Yemi Adeniran Likedat who was until his death a staunch PDP faithful and a leading students mobilizer for political inclusion.

Governor Makinde who was seen visibly sad upon arrival at the resident of the deceased condoled with families of late Adeniran and Prayed God grant them the fortitude to bear the irreplaceable loss.

Recall the deceased in company of other PDP faithfuls alongside the state youth leader, Mr. Adekola Adeoye had gone to Abuja in a show of support for governor Makinde’s supreme court hearing before governor Makinde was declared by the apex court as the duly elected governor of Oyo state in the March, 2019 governorship election.

Report has it that the vehicle conveying the deceased and his fellow compatriots was involved in a ghastly accident which unfortunately claimed the life of Yemi Adeniran Likedat leaving others with various degrees of injuries.

As at the time of filing this report information reaching our news desk reveals that others with various injuries are in a stable condition and are already receiving a world class medical attention in a private medical facility in the state capital following the prompt intervention of governor Makinde.

Calls have continually gone out to the governor in a bid to productively engage wife of the deceased in order to reduce the responsibility nature has bequeathed on her as a result of her husband’s demise.

Other PDP stalwarts and leaders that have gone to visit others at the hospital include the honorable commissioner for Youths and Sports, Engr. Seun Fakorede, PDP publicity secretary in Oyo State, Engr. Akeem Olatunji and others.