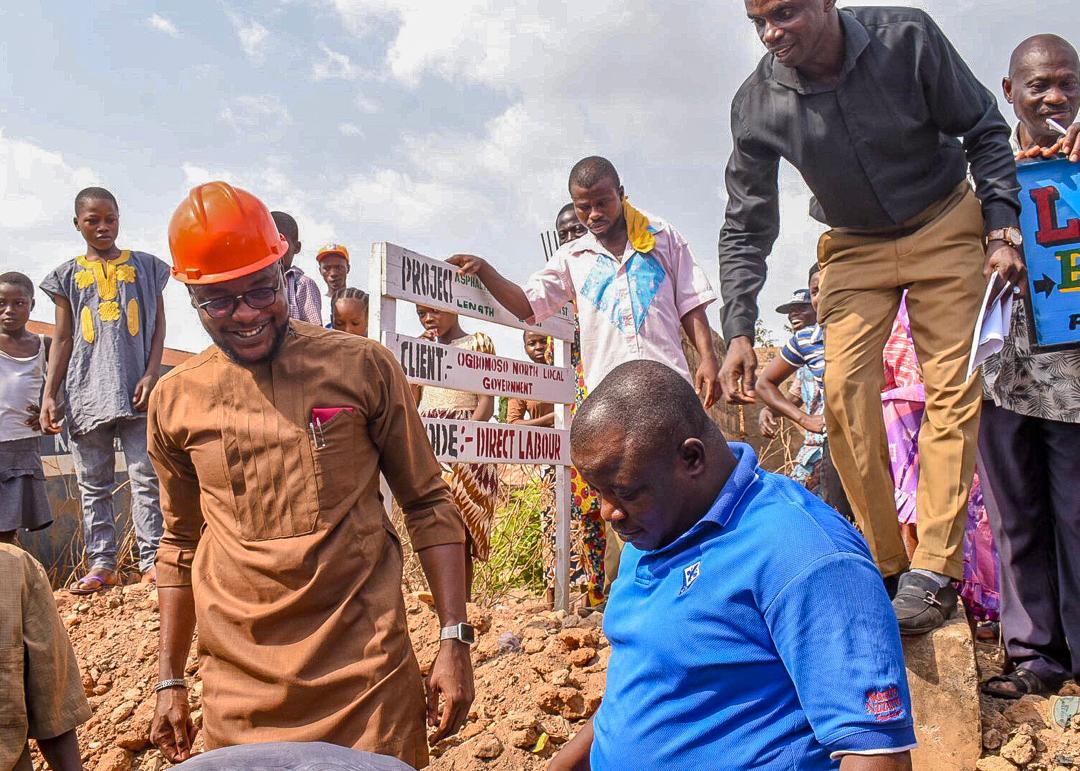 ...as residents hail the council boss for prioritising infrastructural development

The Executive Chairman of Ogbomoso North Local Government Area and son of former governor, Hon. ‘Lamiju Ayodeji Alao-Akala on Wednesday flagged off the construction of three road projects across the council area.

At the flag-off of the projects, Hon. Lamiju Alao-Akala said the roads were approved by Governor Abiola Ajimobi-led state government in line with the administration’s transformation policies and programmes.

The council boss in his speech said, “the giant strides of Governor Abiola Ajimobi-led administration in the area of infrastructural development and other critical deliverables are well known. What we are witnessing today is our own effort at complementing this quantum leap”.

“Conscious of the significant role, which a good road network plays in enhancing rapid socio-economic growth and development, the three primary access roads in question are strategic in nature as they offer alternative routes to motorists during traffic congestion on our highways”.

Hon. Lamiju noted that the road projects include construction of drainages to control flood water, which he said, will be completed in three months’ time. According to him, the projects are fully funded with 2018 excess crude funds and will be executed to meet up with the international standard.

The chairmen of the benefiting communities commended Hon. ‘Lamiju Alao-Akala for the masses-oriented projects and programmes the council area has been witnessing under his administration.