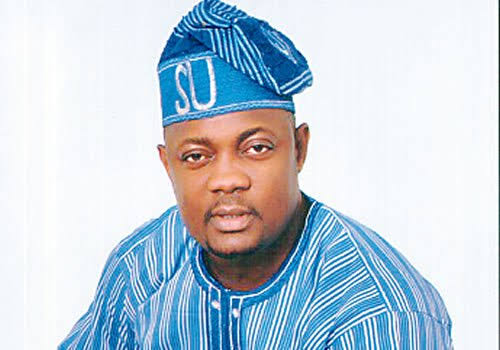 The Executive Chairman of Ogbomoso North Local Government Area and son of former governor Alao-Akala, Hon. Olamijuwonlo Ayodeji Alao-Akala, has expressed his condolences and shock over the death of the federal lawmaker and Action Democratic Party (ADP) senatorial candidate in the just concluded elections, Hon. Temitope Olatoye Sugar, who was gruesomely killed on Saturday.

In a condolence message signed by the council boss on Tuesday, he described the late Hon. Olatoye Sugar as a vibrant lawmaker whose death came as a rude shock.

“My thoughts and prayers are with the families, friends and constituents of the late Rt. Hon Olatoye Sugar. He was a seasoned legislator and a conscientious lawmaker who always put the interests of the common man first — and championed them at the federal level. He will be greatly missed.

“My deep condolences also go out to Speaker Dogara, his colleagues in the House of Representatives, the Action Democratic Party (ADP) and Oyo State government over this great loss. I pray for the repose of the soul of the deceased, and for God to comfort those he left behind” Olamiju said.

Hon. Olamiju condemned in the strongest terms, the “crude and senseless manner of the attack leading to the death of the federal lawmaker, and called on the relevant security agencies “to ensure that the perpetrators of this dastardly act are apprehended and brought to book”.