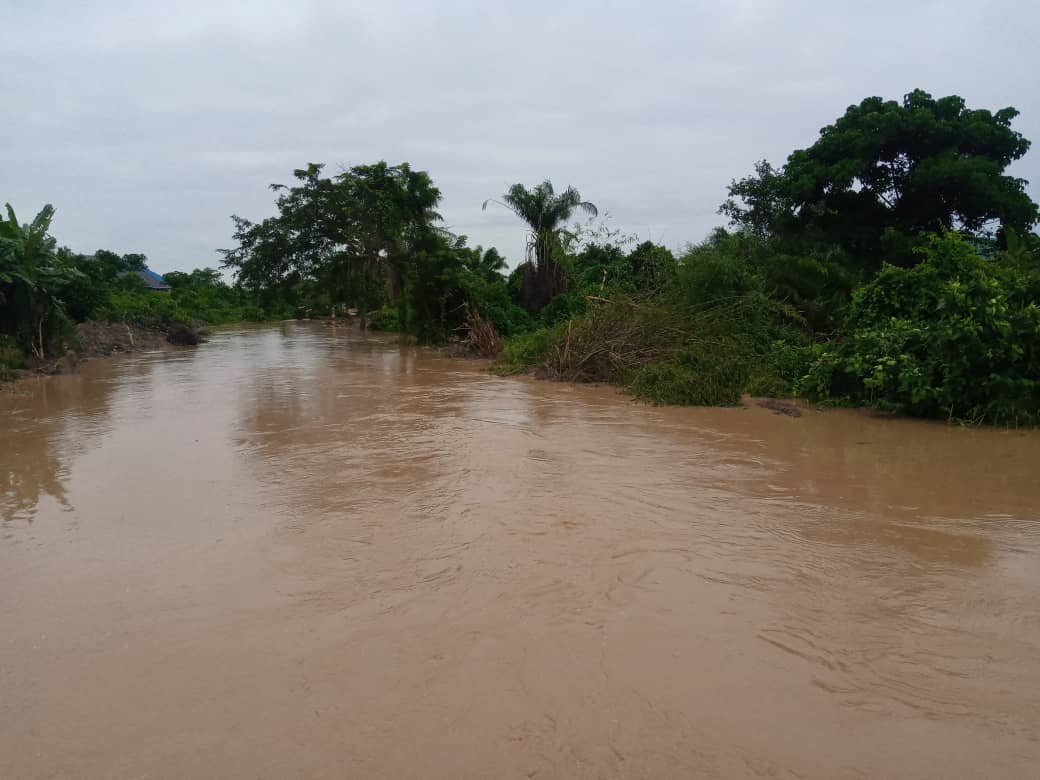 The South west coordinator of NEMA, Mr Slaku Lugard Bijimi, in his keynote address at the palace of Baale of Kumapayi, Olodo area of Lagelu local government where various community leaders and residents converged, alerted residents in the area on likely heavy downpour of rains in the coming months after the August break.

According to Mr Bijimi, flood disaster is a devastating nature induced phenomena which if not well managed could leave very devastating memories of various degrees of losses and therefore, appealed to the people to desist totally from indiscriminate disposal of wastes especially disposing wastes into waterways and culverts which usually lead to such flood disasters.

He stressed the warning by the Nigeria Metrological Agency (NIMET) about 102 local governments in 28 states with highly probable risk areas which include Oyo state and urged various community leaders to desist from trivializing such warnings.

He also urged them to take messages of the sensitization campaign to their various homes and public gatherings in order to ensure everyone becomes aware and well prepared for the expected rains in the coming months.

He explained that no fewer than 10 local governments in Oyo state with Lagelu, Egbeda, Ona-Ara, South West, top the list of hazard prone areas, urging the people in the areas visited to be each others brothers keepers in case of heavy downpour, noting that residents at safer areas should make their homes available for flood victims in case of an emergency before arrival of any emergency response team.

The Baale of Kumapayi, Olodo area of Lagelu local government, Chief Mikeli Awoola Ayorinde, in his remark, expressed gratitude to NEMA and OYSEMA for the grassroots approach given to the sensitization noting that community leaders and residents of the area are also aware of what has been happening in recent times reaffirming full support of Kumapayi community to the objectives of the campaign.

The monarch particularly commended governor Seyi Makinde for his earlier visit to the community following the last flood after a heavy downpour.

Other community leaders who spoke with journalist at the event expressed gratitude for the joint teams’ sensitization campaign stressing that the message of the campaign was well received and would be disseminated to every nooks and crannies of various communities.

They however urged the state government to as a matter of urgency, come to the aid of adjoining communities at Kumapayi and Ogundipe which are linked up by a single bridge that is almost collapsing.

Also speaking at the campaign which held at Ajorosun Local Council Development Area (LCDA) Secretariat, the chairman of Baale Quarters, Engr Adegoke Funso, expressed concerns of the community over a damaged culverts after road expansion that has led to deeper water incursion into the quarters, urging state government to urgently do something before the entire community is submerged in case of any further heavy downpour.

The NEMA boss, Mr Bijimi in his remark, said that the sensitization campaign was part of the agency’s proactive measures at reaching out to the people especially the 10 local governments that have been listed as hazard prone areas in term of preparation for the rains.

Speaking at Odo Omi, Ajia area of Ona-Ara local government, after the team led by the NEMA boss was taking to some flashpoints by Mr Kunle Ibikunle who is a community leader, Mr Bijimi stated that residents who have built houses and shops along waterways should not wait for flood disasters to happen before relocating to safer places stressing that hesitation could come with unpleasant consequences.

JUST IN: Affected Muslim Candidates Will Not Be Graded For Christian Content In CBT — TESCOM Replies MURIC