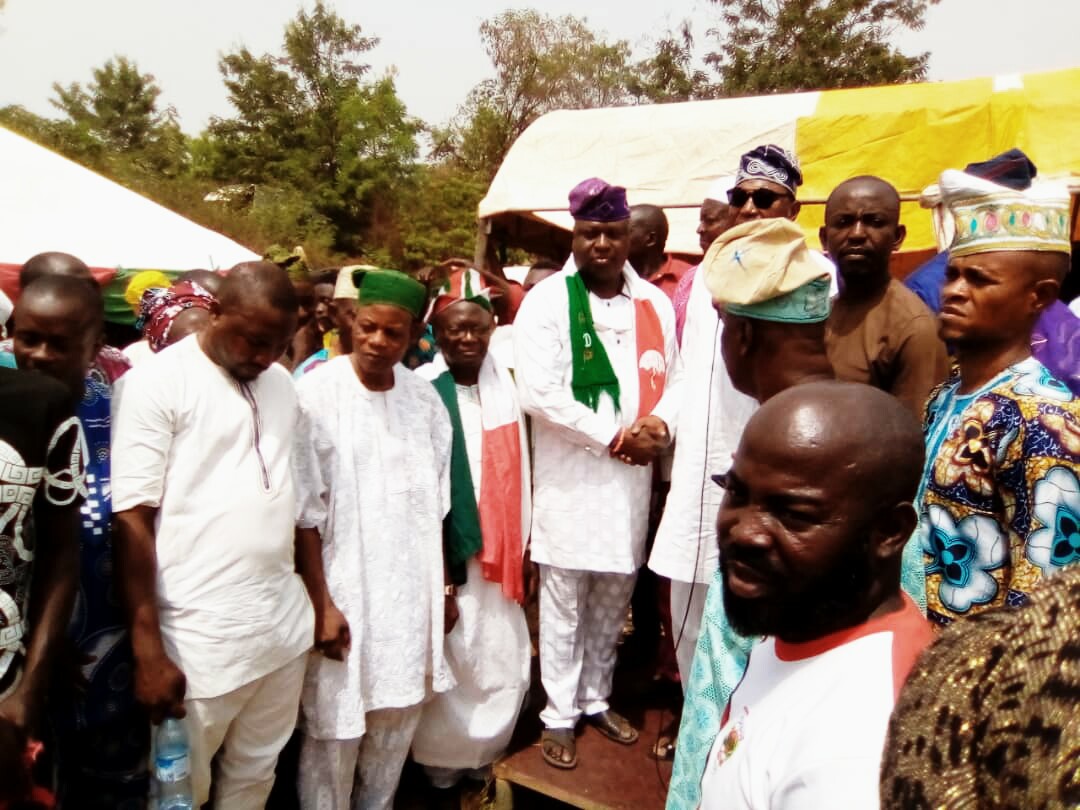 Lagelu local government was in a frenzy of celebration on Tuesday as Chairman of People’s Democratic Party Oyo state, Alhaji Kunmi Mustapha in the company of Hon. Olajide Akintunde and other party Excos, received into its fold, former house of representatives Hon Tayo and over one thousand opposition members from All Progressives Congress (APC), African Democratic Congress (ADC), Zenith Labour Party (ZLP), Social Democratic Party (SDP), and ACCORD party.

Oyo State PDP Chairman, Alh Kunmi Mustapha, who received the new members on behalf of the party stated that PDP in Oyo state is known for non discrimination against its members and assured that all party members will be treated equally and given equal access to opportunities in the party.

Honorable Olajide Akintunde popularly called AKT in his brief welcome address stated that PDP is the only party in Oyo state that is in total harmony devoid of any form of internal wrangling adding that the new members have taken the best decision to join the ruling party to move the state to greater height.

The lawmaker representing Lagelu state constituency at the Oyo state house of assembly stressed that the new members should not see themselves as new members adding that they should feel free as PDP family members in the local government.

The lawmaker who also doubles as the party Whip of the 9th assembly noted that party names are just mere nomenclature stressing that it is the quality of people in a political party that determines people’s acceptability or rejection.

AKT as he is fondly called said that the people of Oyo state have given APC an opportunity to rule the state but failed woefully leading to utter rejection of the party in the state.

He added that the wave of governor Makinde’s success across the length and breadth of Nigeria has asserted a high sense of reassurance in the minds of the people in the PDP led government in Oyo state.