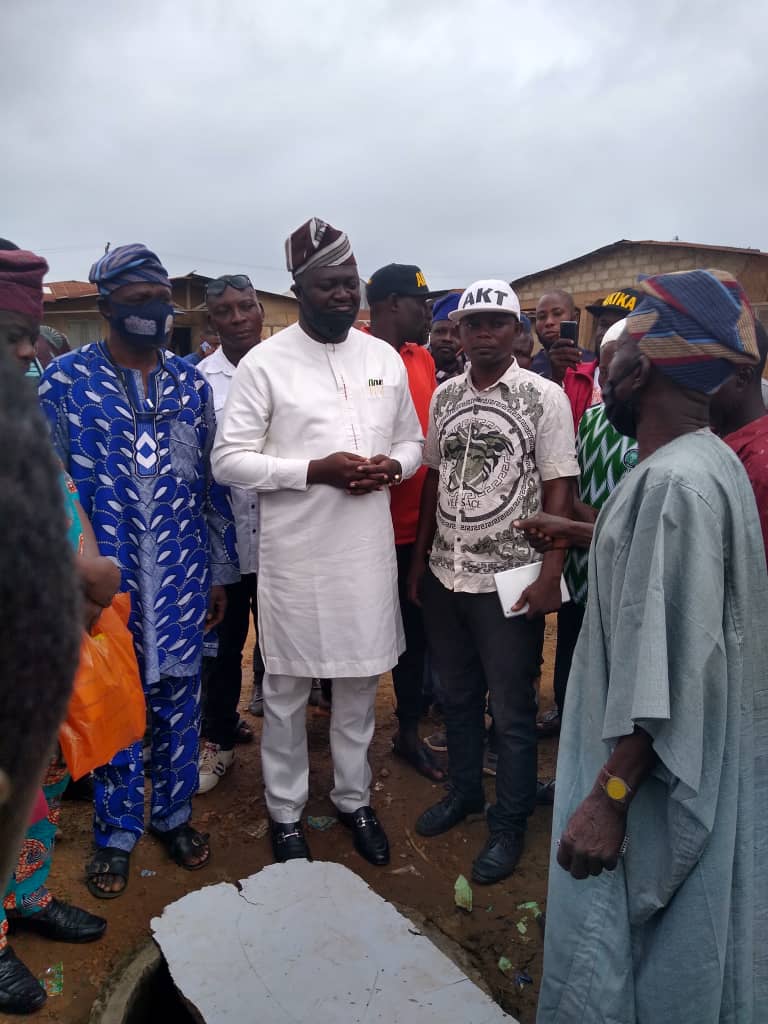 Honourable Akintunde who doubles as the PDP Whip of the 9th assembly also commissioned borehole projects which were provided for residents of Yawuri area of Akobo-ojurin (ward 1) as well as Agboon area of Iyana-church (ward 5) after several years of lacking water supply in the areas.

Speaking during the project commissioning on Monday, Hon Akintunde, explained that it baffled him to see parts of his constituency enmeshed in blackout for over 12 years without power supply as well as lacking clean and potable water in a 21st century, adding that the commissioned projects have been topmost on his priority list even before becoming a lawmaker..

The lawmaker who is also the chairman, house committee on Commerce and Cooperatives, said that two key developmental projects that are intended to boost economic activities at the constituency are water and electricity supply stressing that such projects will greatly enable micro and small medium scale enterprises to spring up particularly financially empowered members of Lagelu state constituency to start up productive ventures.

Highlight of the event was public commendation of the gesture by a stalwart of the All Progressives Congress (APC) Lagelu chapter, who lauded Honourable Akintunde for his effective and qualitative representation at the house of assembly and providing potable water supply to Yawuri area of Akobo-ojurin that has lacked drinkable water supply for many years, stressing that he could not contain his excitement even as member of the opposition party.

The Chairman, Iyana-church Landlord Association, while expressing appreciation to the lawmaker for provision of the borehole in the area stated that Honourable Akintunde is an exceptional leader who has justified the votes of Lagelu residents by staying true to his words and campaign promises.

He explained that if past lawmakers who had represented the constituency at the state house of assembly had engaged in such community development projects all along, Lagelu local government would have been more developed in terms of access to basic amenities, commending Hon Akintunde for being sensitive to the plight of his people at the grassroot.

Some residents who spoke to journalists shortly after the commissioning, expressed excitements and gratitude to the lawmaker for being very accessible to the masses by empowering vulnerable women and unemployed youths of the constituency in order to improve the quality of life they live.

They added that their confidence in Hon Akintunde’s leadership has been further renewed by the gestures stressing that they have never had it this good in term of quality representation noting that one good turn deserves another and will continue to support the lawmaker in his future political ambitions.

Honourable Akintunde, however assured that even though paucity of funds, due the global pandemic, has crippled financial might of Oyo state and Nigeria, he is committed to the welfare of his people as well as attracting physical development to Lagelu state constituency.