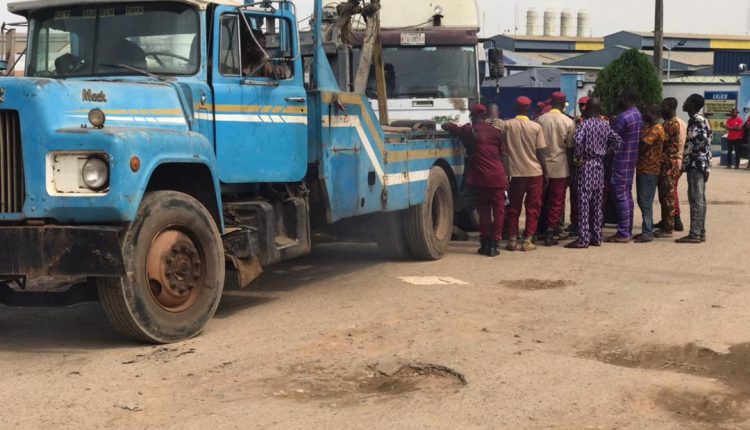 …. collaborates other security agents to secure lives, property of residents

Operatives of the Oyo State Transport Management Authority, OYRTMA, with the mandate of Governor ‘Seyi Makinde, Friday, began immediate evacuation of trailers illegally parked along Ibadan-Lagos tollgate, with the aim of preventing criminals using the tollgate as hideouts for evil purposes.

The chairman of the agency, Dr. Akin Fagbemi, disclosed this in an interview with newsmen, after carrying out the evacuation exercise.

According to him: “I met with the GOC, Civil Defense, FRSC, Amotekun and the garrison commander on the need to assist with regards to “Operation Burst” and other security synergistic engagement.”

“We also emphasized on the need to prevent criminals using the tollgate corridor around Ibadan -Lagos Expressway as hideout considering the current security challenges.”

“The evacuation was successful and we also engaged the petrol tanker drivers association for their collaborative efforts.”

“The joint operative of OYRTMA, Operations Burst, Amotekun corps and others were assigned today to evacuate all the trailers more than 25 parked and abandoned at the toll gate.”

“Those that have their drivers around were allowed to drive thier trailers while those that their drivers could not be identified. The whole environment is now free of trailer park,” he said.