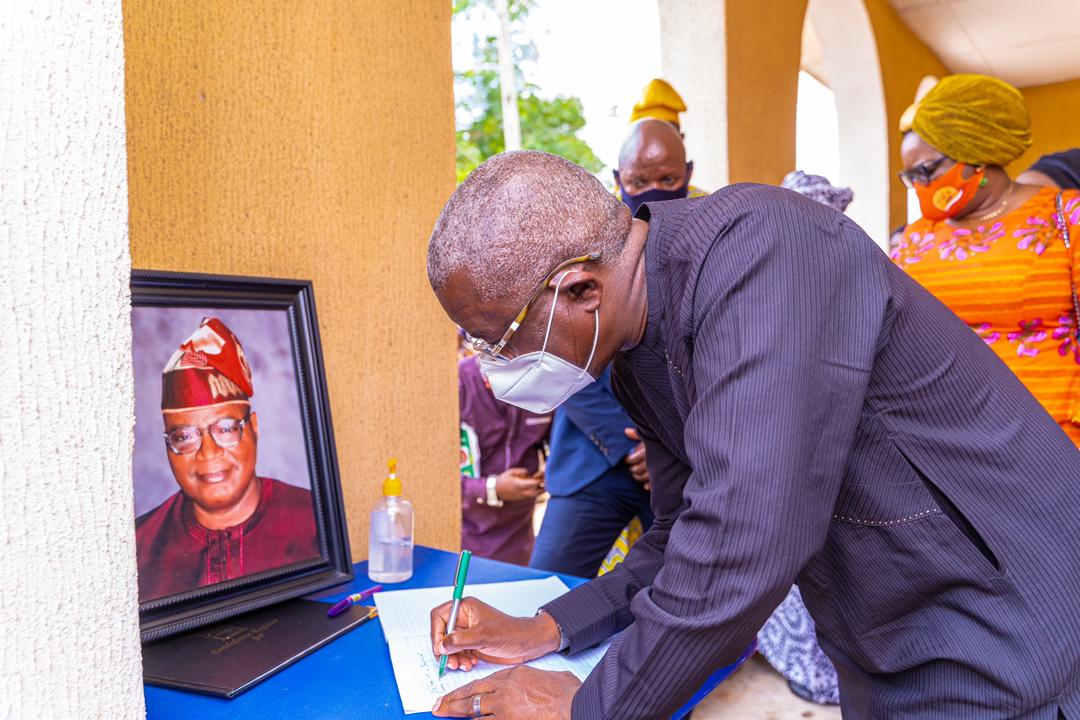 ……. Government To Fly Flag At Half-Mast In Honour Of Late Commissioner

The government of Oyo State, on Friday, honoured the late Commissioner for Environment and Natural Resources, Hon. Kehinde Ayoola, by flying its flag at half-mast.

A statement by the Chief Press Secretary to Governor Seyi Makinde, Mr. Taiwo Adisa, indicated that the Secretary to the State Government (SSG), Mrs. Olubamiwo Adeosun, gave the directive on behalf of the governor.
The statement further indicated that all state activities were at low-key as a mark of honour to the departed Commissioner.

Ayoola was sworn-in as Commissioner on August 14, 2019 and was thereafter deployed to the Ministry of Environment and Natural Resources, where he led the charge for the implementation of the new environment architecture and green initiative.

The Ministry had only recently kickstarted the reconstruction of key dumpsites in the state to pave the way for weighbridges and the Waste-to-Wealth initiative, which was initially scheduled for inauguration as part of the government’s first anniversary.

Also on Friday, a delegation of the state government led by the deputy governor, Engineer Rauf Olaniyan, paid condolence visit to the family of the deceased Commissioner.
The delegation was received by the deceased’s wife, Professor Olukemi Ayoola.

The statement indicated that the deputy governor described the demise of Ayoola as “unexpected and a great loss of an active player in the Governor Makinde-led administration in Oyo State.”

Olaniyan also lamented that Ayoola died when Governor Makinde and his team were trying to reshape and reset Oyo State from where they met it.

According to him, the late Commissioner “came, saw and conquered by playing his own role in reshaping the state.”

He asked the wife, the children and the entire family to accept the heartfelt sympathy of the state cabinet and the people of Oyo State.

A son of the deceased, Beel’Oluwawi, who responded on behalf of the family, thanked the government delegation for the visit.

Those on the delegation include the SSG, Mrs. Adeosun, Head of Service, Mrs Amidat Agboola, Director-General of Due Process Office, Ms. Tara Adefope and the Commissioner for Education, Barrister Olasunkanmi Olaleye, among others.

He served as the Speaker of the 4th Session of the Oyo State House of Assembly, during the administration of Alhaji Lam Adesina administration.

Just In: What We Do To COVID-19 Patients Is To Boost Their Immunity — Prof Alonge Declares As Oyo Discharges 11 Persons