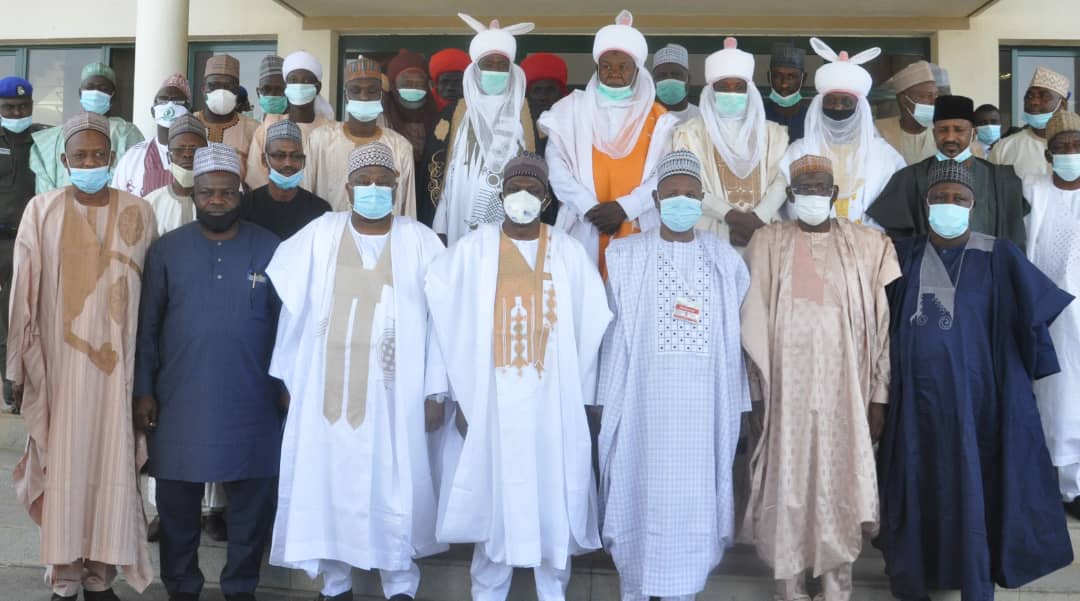 In its continued efforts toward making further progress in resolution and defining process of the Jigawa/Katsina interstate boundary, the National Boundary Commission convened a Joint Meeting of Officials on the interstate boundary at the Banquet Hall of the Government House held Tuesday 10/11/2020. Surv. Adamu A. Adaji, Director General National Boundary Commission Chaired the meeting. His Excellency The Deputy Governor of Katsina QS Mannir Yakubu led the deletgation from Katsina State.
While the deputy governor of Jigawa Mallam Umar Namadi led the delegation from Jigawa State. Surv. Adebomehin A.A Director Internal Boundaries office of the Surveyor General of the Federation represented the Surveyor General of the Federation.

In their separate remarks the Deputy Governors’ of Katsina and Jigawa States noted the cordial relationship that exists between the two States.

The stressed that the two States share an age long historical bond in cultural and economic as well as social activities.

They commended the effort of traditional and religious leaders on the role they are playing and thier intervention in addressing grey areas amicably.

In their seperate address the Surveyor General of the Federation and those of Katsina and Jigawa have noted with delight the effort of Federal Government and State Governments in being committed lasting peace, unity and stability not only in the grey and boundary area but across the two states.

The highlight the cordial and mutual relations that exists between the states in the area of Economy, Politics, Social and Cultural among the States.

BREAKING: Oyo Assembly Lifts Suspension On 13 Caretaker Chairmen, To Embark On Oversight To All LG/LCDAs Soon